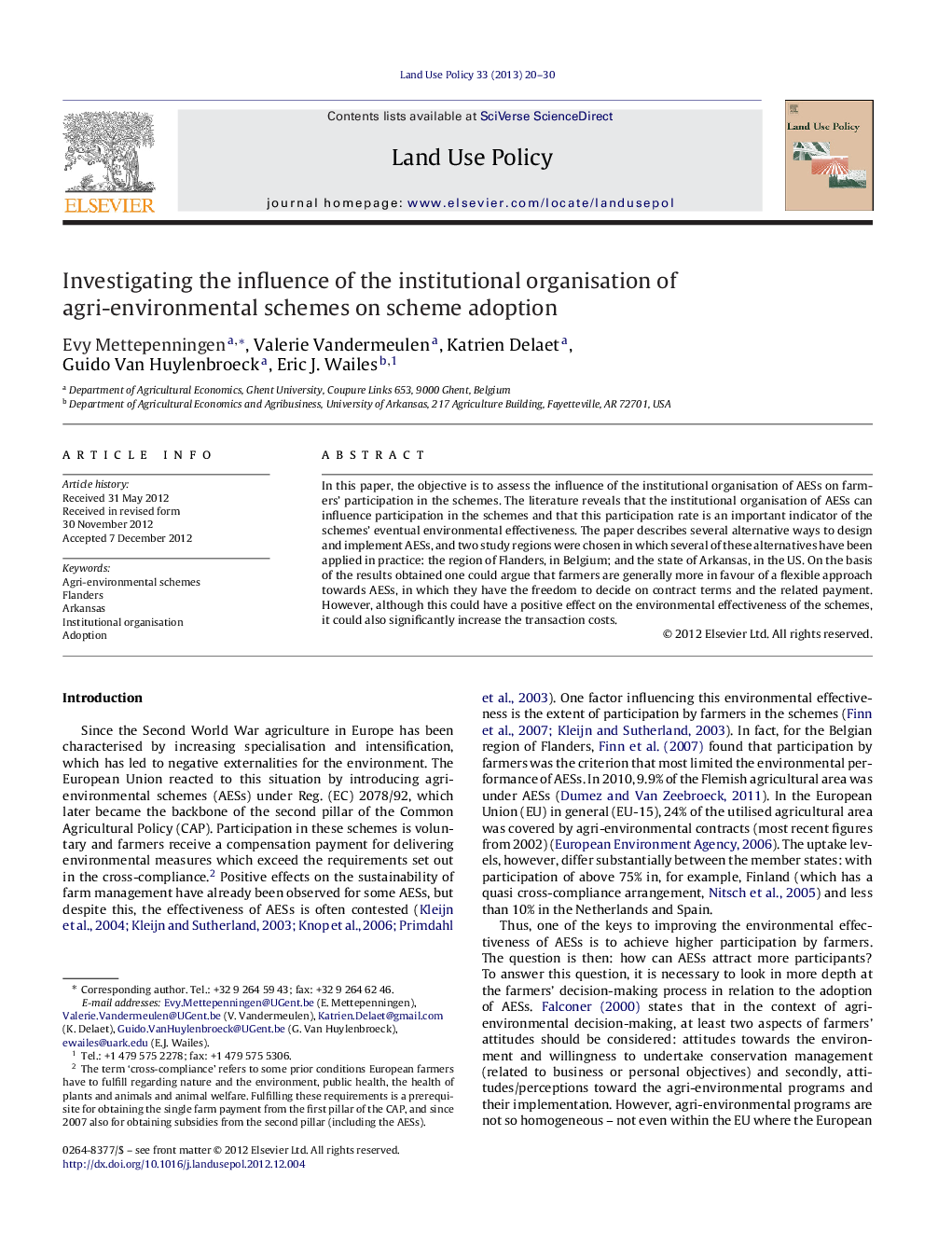 In this paper, the objective is to assess the influence of the institutional organisation of AESs on farmers’ participation in the schemes. The literature reveals that the institutional organisation of AESs can influence participation in the schemes and that this participation rate is an important indicator of the schemes’ eventual environmental effectiveness. The paper describes several alternative ways to design and implement AESs, and two study regions were chosen in which several of these alternatives have been applied in practice: the region of Flanders, in Belgium; and the state of Arkansas, in the US. On the basis of the results obtained one could argue that farmers are generally more in favour of a flexible approach towards AESs, in which they have the freedom to decide on contract terms and the related payment. However, although this could have a positive effect on the environmental effectiveness of the schemes, it could also significantly increase the transaction costs.

► Several alternatives exist to design and implement agri-environmental schemes (AESs).
► The paper investigates the influence of the institutional organisation of AESs on scheme adoption.
► Results are based on a farmer survey done in Flanders (Belgium) and Arkansas (US).
► Farmers are generally more in favour of a flexible approach towards AESs.