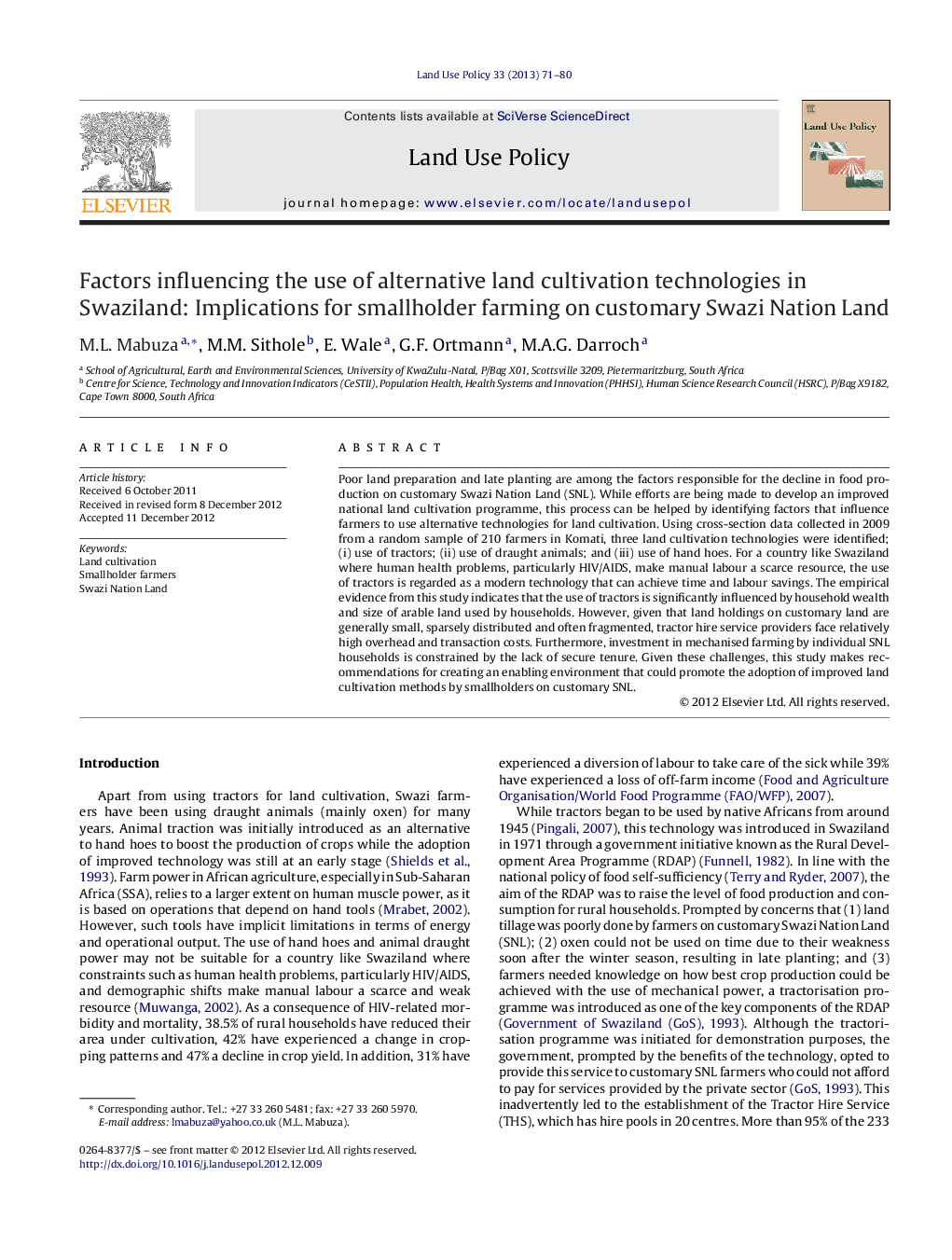 Poor land preparation and late planting are among the factors responsible for the decline in food production on customary Swazi Nation Land (SNL). While efforts are being made to develop an improved national land cultivation programme, this process can be helped by identifying factors that influence farmers to use alternative technologies for land cultivation. Using cross-section data collected in 2009 from a random sample of 210 farmers in Komati, three land cultivation technologies were identified; (i) use of tractors; (ii) use of draught animals; and (iii) use of hand hoes. For a country like Swaziland where human health problems, particularly HIV/AIDS, make manual labour a scarce resource, the use of tractors is regarded as a modern technology that can achieve time and labour savings. The empirical evidence from this study indicates that the use of tractors is significantly influenced by household wealth and size of arable land used by households. However, given that land holdings on customary land are generally small, sparsely distributed and often fragmented, tractor hire service providers face relatively high overhead and transaction costs. Furthermore, investment in mechanised farming by individual SNL households is constrained by the lack of secure tenure. Given these challenges, this study makes recommendations for creating an enabling environment that could promote the adoption of improved land cultivation methods by smallholders on customary SNL.

► Farmers on SNL cultivate their land using either tractors, animal draught power (ADP) or hand hoes.
► Farmers who use tractors are relatively wealthier and produce on larger arable areas.
► The use ADP is associated with the ownership of a large number of oxen and high labour endowments.
► Farmers who use hand hoes are relatively poor and produce on smaller arable areas.
► The Land tenure system in Swaziland is not in favour of investment and food production on SNL.