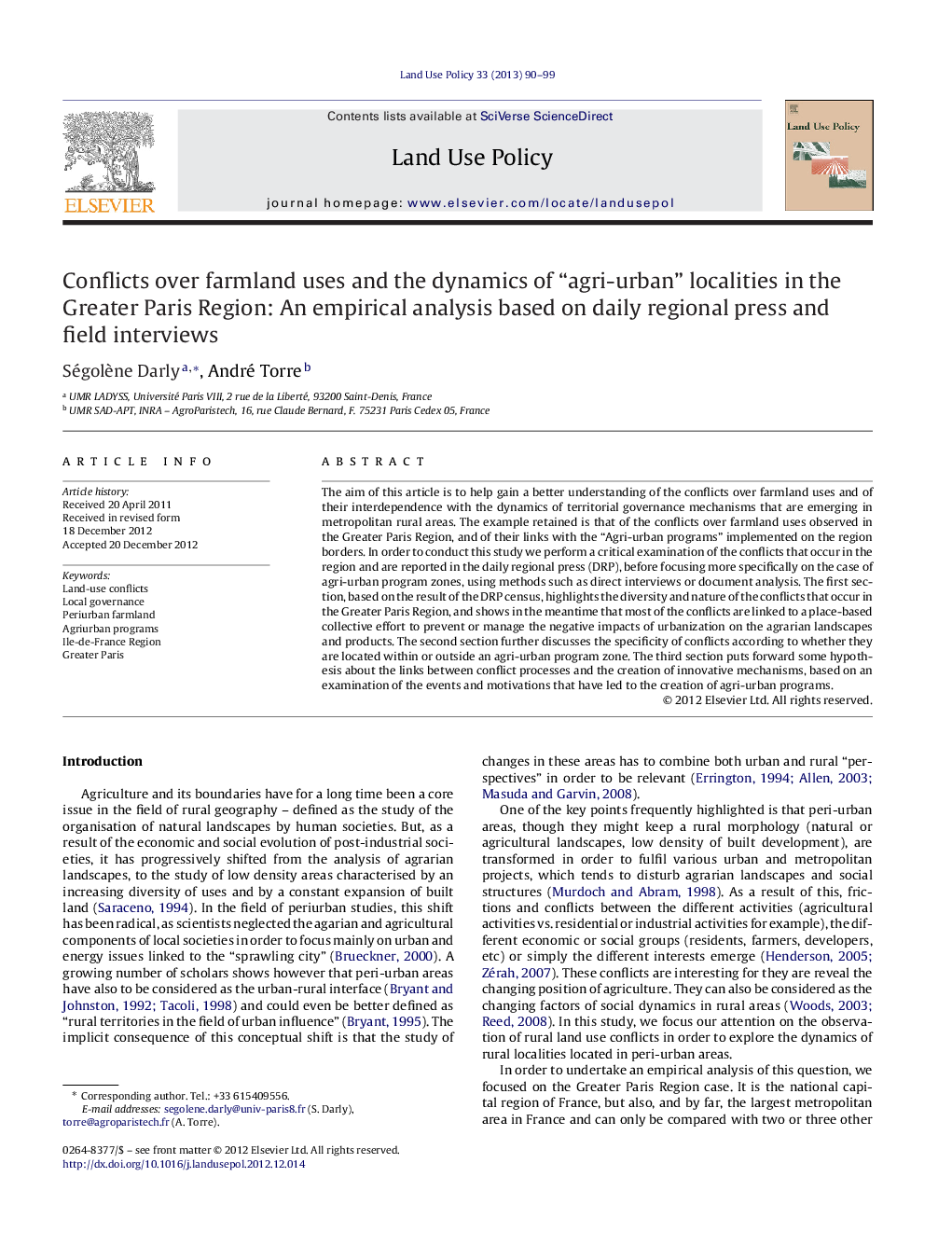 The aim of this article is to help gain a better understanding of the conflicts over farmland uses and of their interdependence with the dynamics of territorial governance mechanisms that are emerging in metropolitan rural areas. The example retained is that of the conflicts over farmland uses observed in the Greater Paris Region, and of their links with the “Agri-urban programs” implemented on the region borders. In order to conduct this study we perform a critical examination of the conflicts that occur in the region and are reported in the daily regional press (DRP), before focusing more specifically on the case of agri-urban program zones, using methods such as direct interviews or document analysis. The first section, based on the result of the DRP census, highlights the diversity and nature of the conflicts that occur in the Greater Paris Region, and shows in the meantime that most of the conflicts are linked to a place-based collective effort to prevent or manage the negative impacts of urbanization on the agrarian landscapes and products. The second section further discusses the specificity of conflicts according to whether they are located within or outside an agri-urban program zone. The third section puts forward some hypothesis about the links between conflict processes and the creation of innovative mechanisms, based on an examination of the events and motivations that have led to the creation of agri-urban programs.

► We perform a quantitative and qualitative study of conflicts over farmland uses.
► The results are used to test the link between conflict and the dynamics of periurban localities.
► We find that localities where farmland is well protected deal with a simpler, but not less numerous, set of conflicts.
► We find that conflicts over urban development can generate and shape a local dynamic of cooperative governance for the preservation of open spaces.