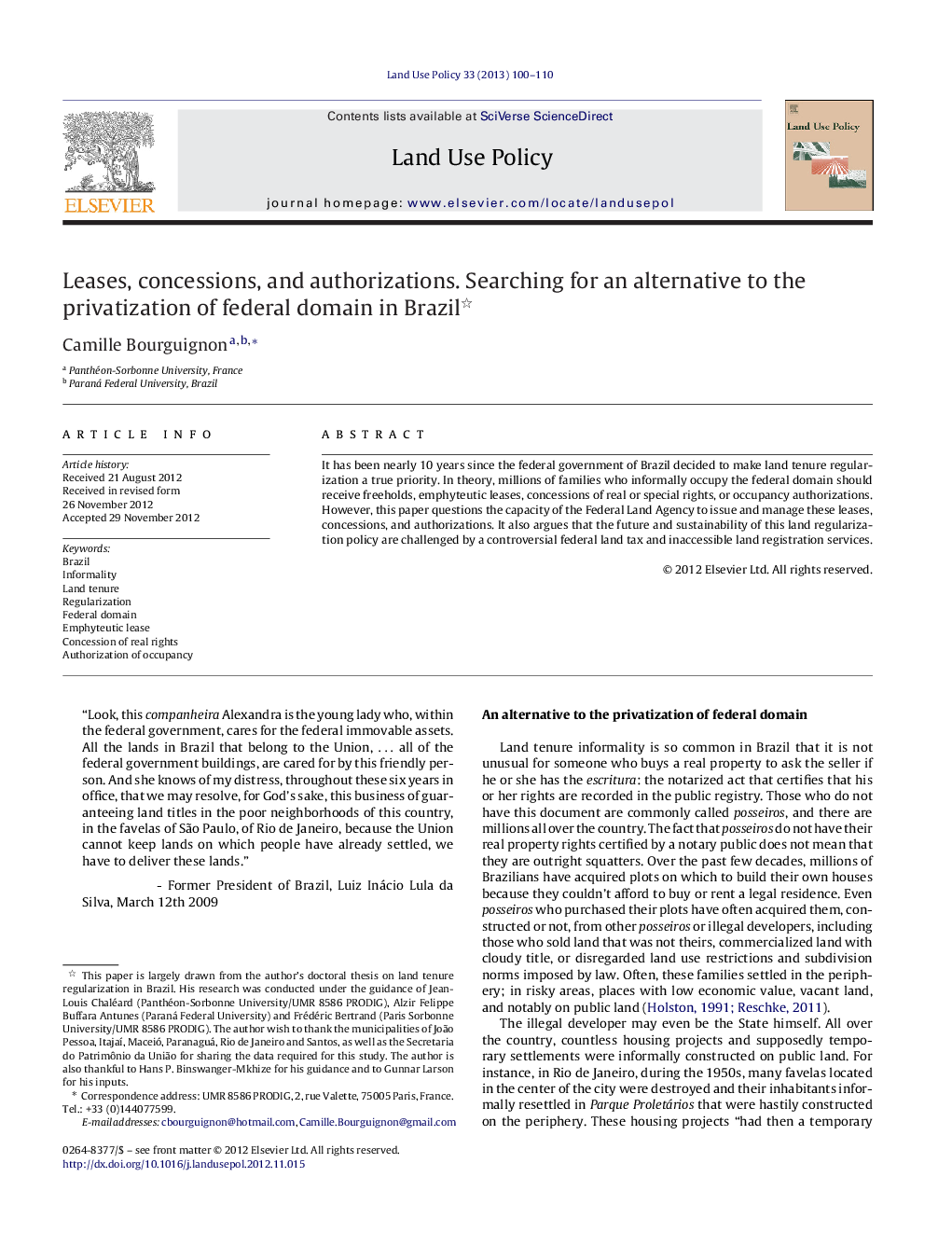 It has been nearly 10 years since the federal government of Brazil decided to make land tenure regularization a true priority. In theory, millions of families who informally occupy the federal domain should receive freeholds, emphyteutic leases, concessions of real or special rights, or occupancy authorizations. However, this paper questions the capacity of the Federal Land Agency to issue and manage these leases, concessions, and authorizations. It also argues that the future and sustainability of this land regularization policy are challenged by a controversial federal land tax and inaccessible land registration services.

► The formalization of the land rights of the millions who informally occupy the federal domain is at the center of attention.
► Posseiros of the federal domain generally receive emphyteutic leases, concessions of rights or authorizations of occupancy.
► Regularization efforts raise concerns over the federal government's ability to demarcate the area it intends to regularize.
► Regularization is also jeopardized by inaccessible land registration services and a controversial federal land tax policy.
► Reforming registration services and addressing the land tax controversy are some of the provisions for moving forward.