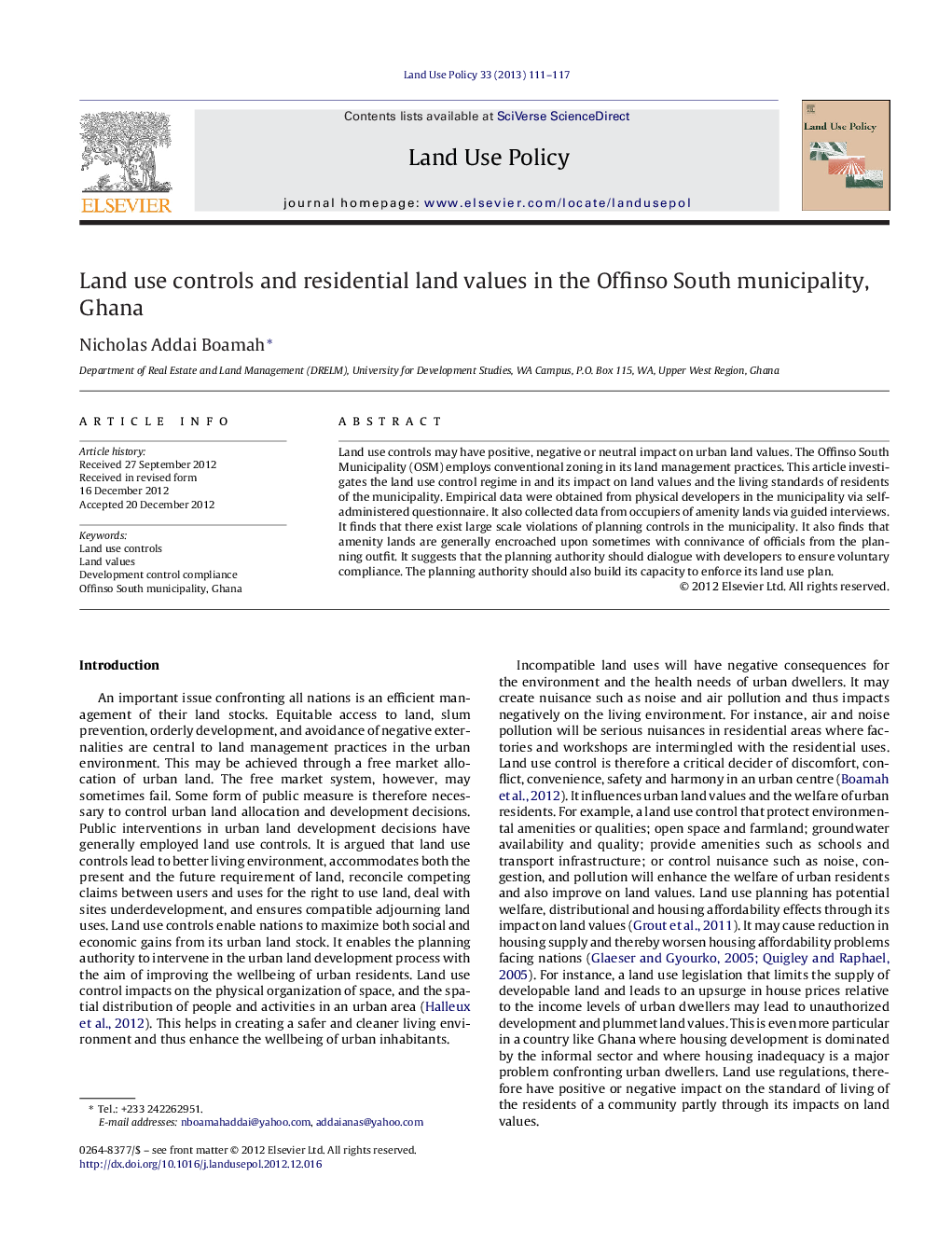 Land use controls may have positive, negative or neutral impact on urban land values. The Offinso South Municipality (OSM) employs conventional zoning in its land management practices. This article investigates the land use control regime in and its impact on land values and the living standards of residents of the municipality. Empirical data were obtained from physical developers in the municipality via self-administered questionnaire. It also collected data from occupiers of amenity lands via guided interviews. It finds that there exist large scale violations of planning controls in the municipality. It also finds that amenity lands are generally encroached upon sometimes with connivance of officials from the planning outfit. It suggests that the planning authority should dialogue with developers to ensure voluntary compliance. The planning authority should also build its capacity to enforce its land use plan.