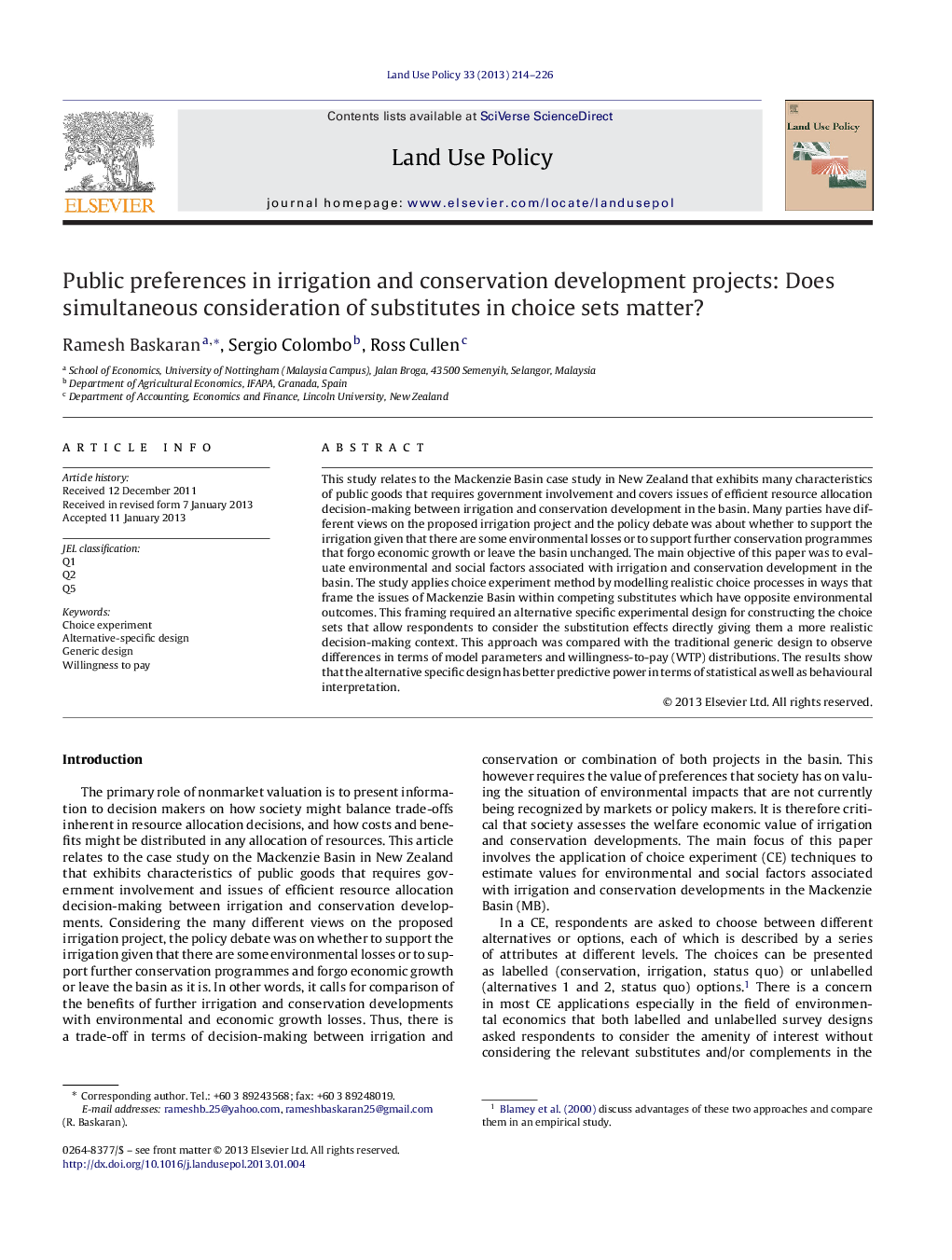 This study relates to the Mackenzie Basin case study in New Zealand that exhibits many characteristics of public goods that requires government involvement and covers issues of efficient resource allocation decision-making between irrigation and conservation development in the basin. Many parties have different views on the proposed irrigation project and the policy debate was about whether to support the irrigation given that there are some environmental losses or to support further conservation programmes that forgo economic growth or leave the basin unchanged. The main objective of this paper was to evaluate environmental and social factors associated with irrigation and conservation development in the basin. The study applies choice experiment method by modelling realistic choice processes in ways that frame the issues of Mackenzie Basin within competing substitutes which have opposite environmental outcomes. This framing required an alternative specific experimental design for constructing the choice sets that allow respondents to consider the substitution effects directly giving them a more realistic decision-making context. This approach was compared with the traditional generic design to observe differences in terms of model parameters and willingness-to-pay (WTP) distributions. The results show that the alternative specific design has better predictive power in terms of statistical as well as behavioural interpretation.