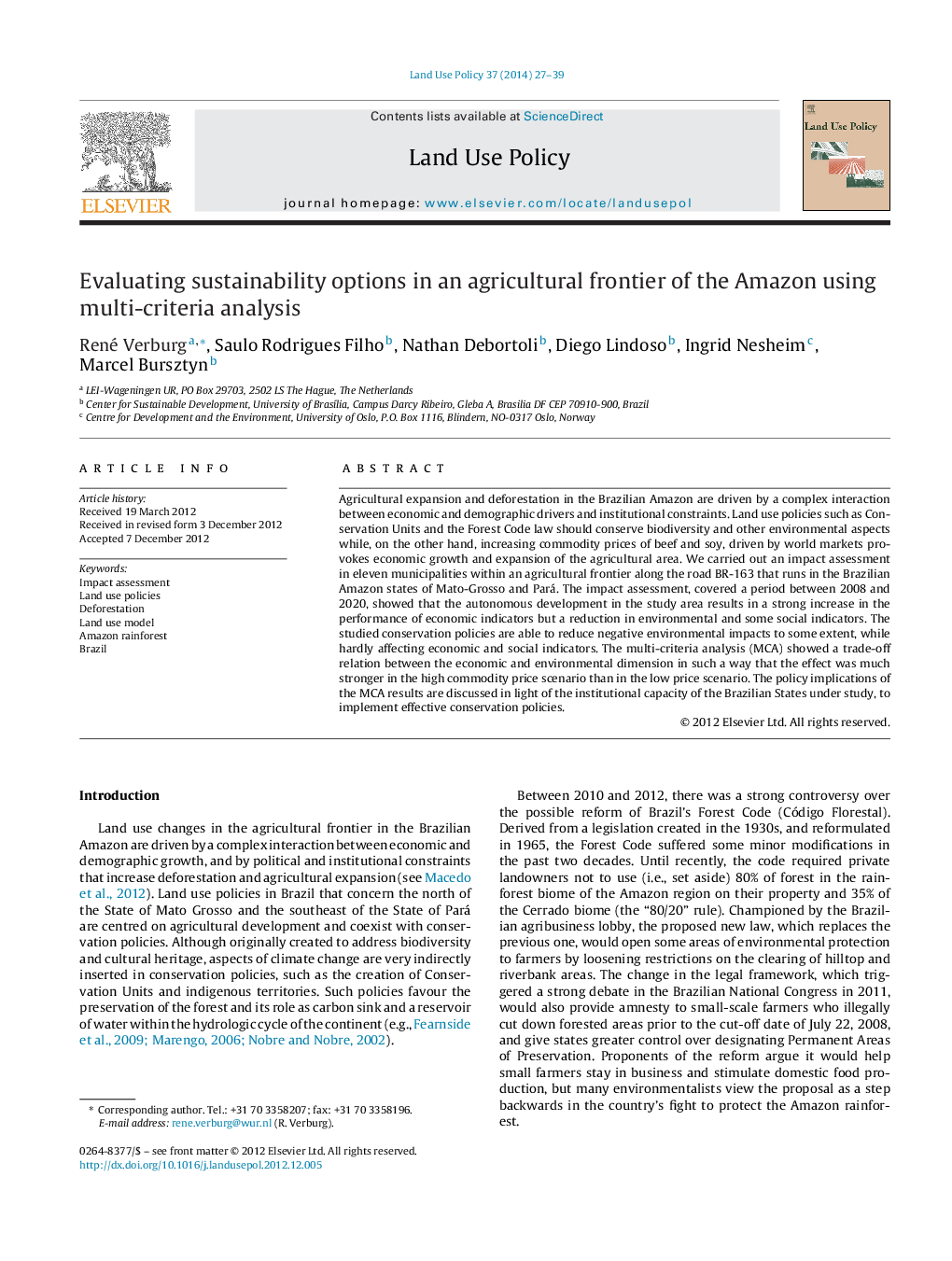 Agricultural expansion and deforestation in the Brazilian Amazon are driven by a complex interaction between economic and demographic drivers and institutional constraints. Land use policies such as Conservation Units and the Forest Code law should conserve biodiversity and other environmental aspects while, on the other hand, increasing commodity prices of beef and soy, driven by world markets provokes economic growth and expansion of the agricultural area. We carried out an impact assessment in eleven municipalities within an agricultural frontier along the road BR-163 that runs in the Brazilian Amazon states of Mato-Grosso and Pará. The impact assessment, covered a period between 2008 and 2020, showed that the autonomous development in the study area results in a strong increase in the performance of economic indicators but a reduction in environmental and some social indicators. The studied conservation policies are able to reduce negative environmental impacts to some extent, while hardly affecting economic and social indicators. The multi-criteria analysis (MCA) showed a trade-off relation between the economic and environmental dimension in such a way that the effect was much stronger in the high commodity price scenario than in the low price scenario. The policy implications of the MCA results are discussed in light of the institutional capacity of the Brazilian States under study, to implement effective conservation policies.

► We developed an impact assessment integrating the economic, environment and social dimension.
► The autonomous development within the study area results in a large increase of economic indicators.
► Commodity prices of beef and soy strongly affect the outcome of the impact assessment.
► Conservation policies are able to reduce negative environmental impacts, such as deforestation.
► Conservation policies have less effects on economic and social indicators.