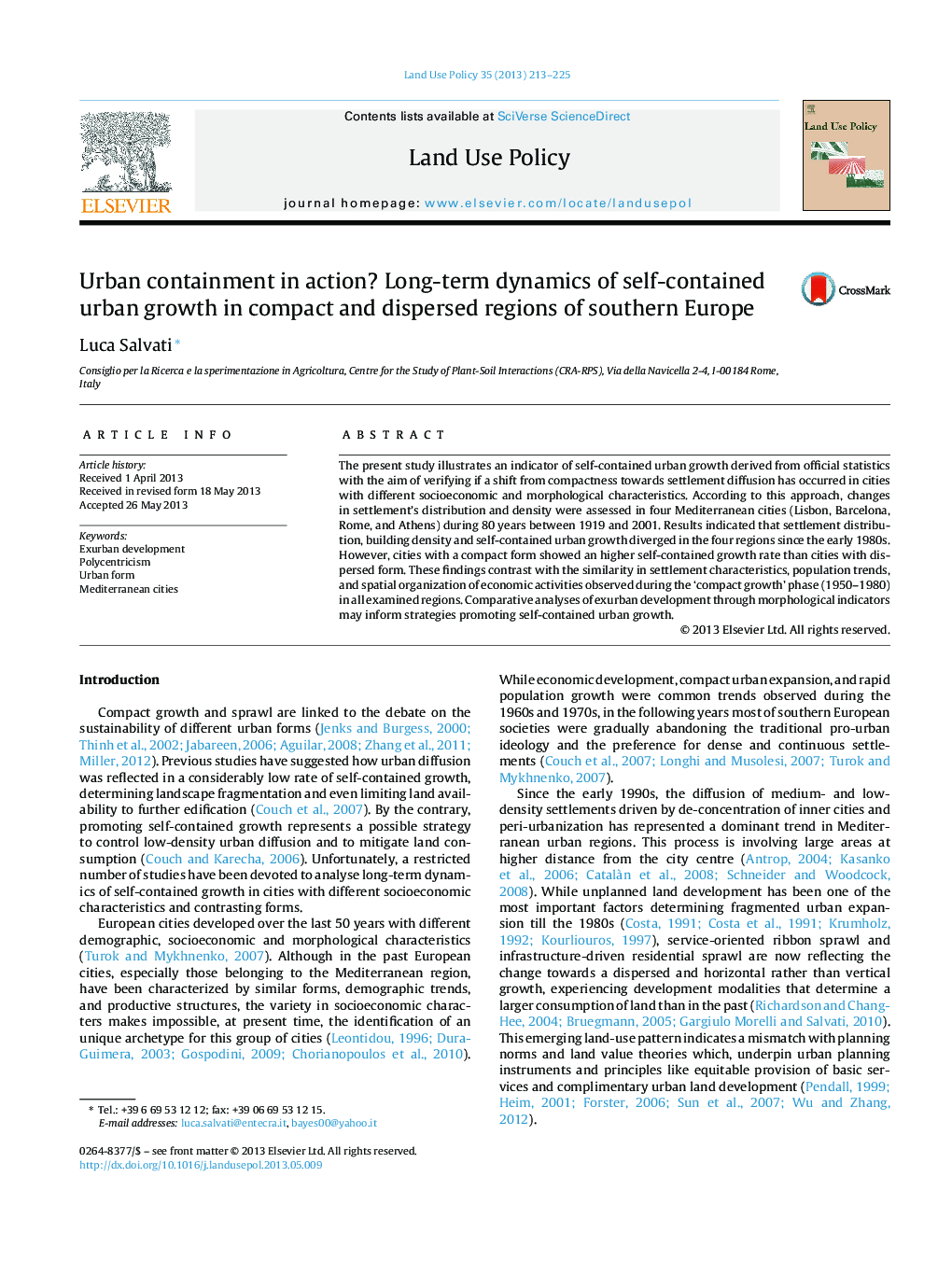 The present study illustrates an indicator of self-contained urban growth derived from official statistics with the aim of verifying if a shift from compactness towards settlement diffusion has occurred in cities with different socioeconomic and morphological characteristics. According to this approach, changes in settlement's distribution and density were assessed in four Mediterranean cities (Lisbon, Barcelona, Rome, and Athens) during 80 years between 1919 and 2001. Results indicated that settlement distribution, building density and self-contained urban growth diverged in the four regions since the early 1980s. However, cities with a compact form showed an higher self-contained growth rate than cities with dispersed form. These findings contrast with the similarity in settlement characteristics, population trends, and spatial organization of economic activities observed during the ‘compact growth’ phase (1950–1980) in all examined regions. Comparative analyses of exurban development through morphological indicators may inform strategies promoting self-contained urban growth.