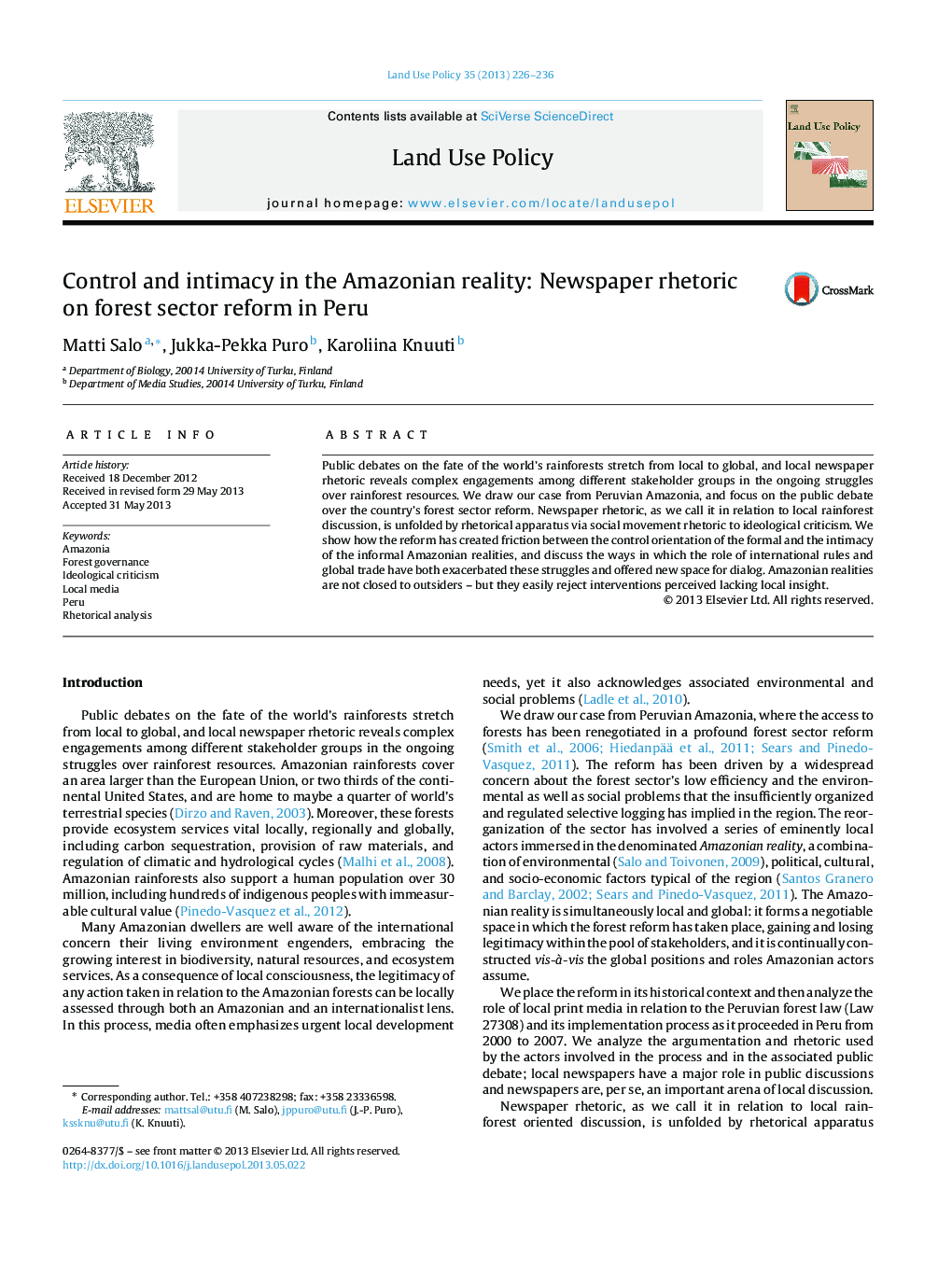 • Rhetorical analysis revealed stakeholder engagements in the Peruvian forest sector.
• Analysis was applied via social movement rhetoric to ideological criticism.
• The forest sector reform created friction between the formal and the informal.
• The formal forest regime was based on new understandings of forest realities.
• Local population's intimate forest-relationship was considered a fundamental right.

Public debates on the fate of the world's rainforests stretch from local to global, and local newspaper rhetoric reveals complex engagements among different stakeholder groups in the ongoing struggles over rainforest resources. We draw our case from Peruvian Amazonia, and focus on the public debate over the country's forest sector reform. Newspaper rhetoric, as we call it in relation to local rainforest discussion, is unfolded by rhetorical apparatus via social movement rhetoric to ideological criticism. We show how the reform has created friction between the control orientation of the formal and the intimacy of the informal Amazonian realities, and discuss the ways in which the role of international rules and global trade have both exacerbated these struggles and offered new space for dialog. Amazonian realities are not closed to outsiders – but they easily reject interventions perceived lacking local insight.