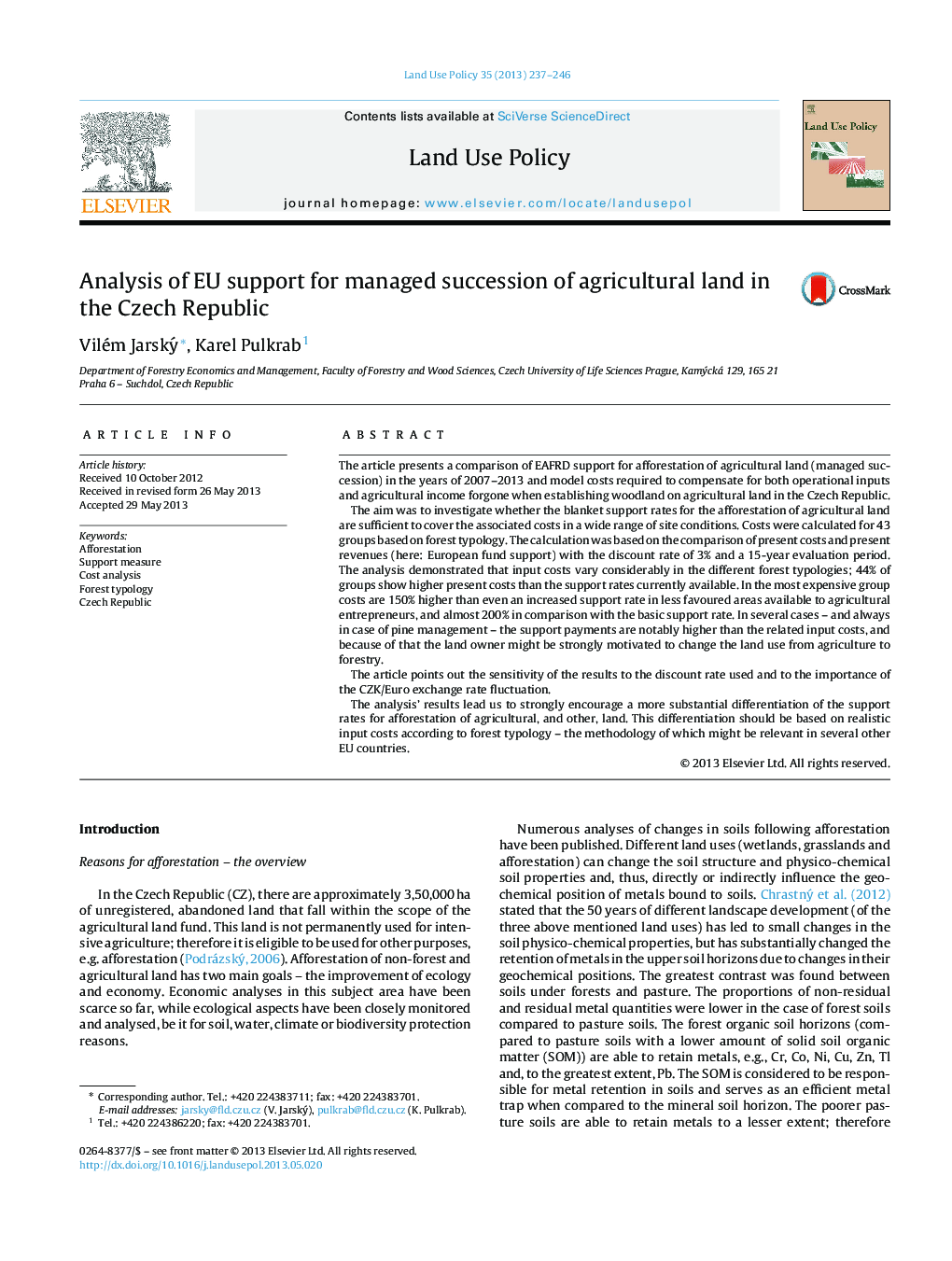 • The comparison of support for afforestation from European Agricultural Fund for Rural Development and costs for afforestation is presented.
• The costs were calculated for 43 groups of forest site types based on forest typology.
• The necessity of diversification of support according the national or regional needs and conditions.

The article presents a comparison of EAFRD support for afforestation of agricultural land (managed succession) in the years of 2007–2013 and model costs required to compensate for both operational inputs and agricultural income forgone when establishing woodland on agricultural land in the Czech Republic.The aim was to investigate whether the blanket support rates for the afforestation of agricultural land are sufficient to cover the associated costs in a wide range of site conditions. Costs were calculated for 43 groups based on forest typology. The calculation was based on the comparison of present costs and present revenues (here: European fund support) with the discount rate of 3% and a 15-year evaluation period. The analysis demonstrated that input costs vary considerably in the different forest typologies; 44% of groups show higher present costs than the support rates currently available. In the most expensive group costs are 150% higher than even an increased support rate in less favoured areas available to agricultural entrepreneurs, and almost 200% in comparison with the basic support rate. In several cases – and always in case of pine management – the support payments are notably higher than the related input costs, and because of that the land owner might be strongly motivated to change the land use from agriculture to forestry.The article points out the sensitivity of the results to the discount rate used and to the importance of the CZK/Euro exchange rate fluctuation.The analysis’ results lead us to strongly encourage a more substantial differentiation of the support rates for afforestation of agricultural, and other, land. This differentiation should be based on realistic input costs according to forest typology – the methodology of which might be relevant in several other EU countries.