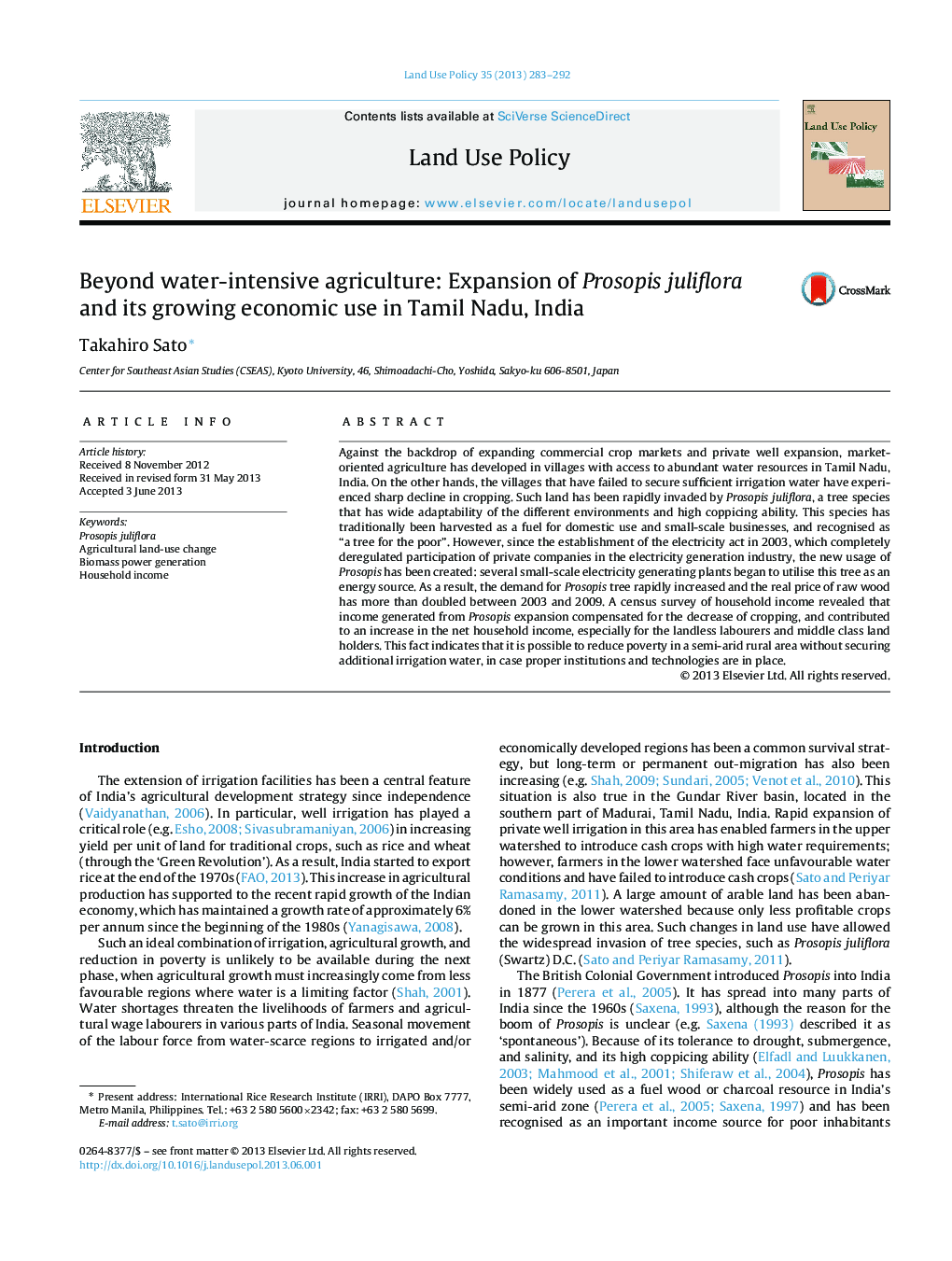 • The effects of Prosopis tree expansion on land use household income were investigated.
• The cropland was rapidly invaded by Prosopis from 2000 to 2010.
• The introduction of biomass power plant increased the demand for Prosopis wood.
• Income increase from Prosopis expansion compensated for the decrease of cropping.

Against the backdrop of expanding commercial crop markets and private well expansion, market-oriented agriculture has developed in villages with access to abundant water resources in Tamil Nadu, India. On the other hands, the villages that have failed to secure sufficient irrigation water have experienced sharp decline in cropping. Such land has been rapidly invaded by Prosopis juliflora, a tree species that has wide adaptability of the different environments and high coppicing ability. This species has traditionally been harvested as a fuel for domestic use and small-scale businesses, and recognised as “a tree for the poor”. However, since the establishment of the electricity act in 2003, which completely deregulated participation of private companies in the electricity generation industry, the new usage of Prosopis has been created: several small-scale electricity generating plants began to utilise this tree as an energy source. As a result, the demand for Prosopis tree rapidly increased and the real price of raw wood has more than doubled between 2003 and 2009. A census survey of household income revealed that income generated from Prosopis expansion compensated for the decrease of cropping, and contributed to an increase in the net household income, especially for the landless labourers and middle class land holders. This fact indicates that it is possible to reduce poverty in a semi-arid rural area without securing additional irrigation water, in case proper institutions and technologies are in place.