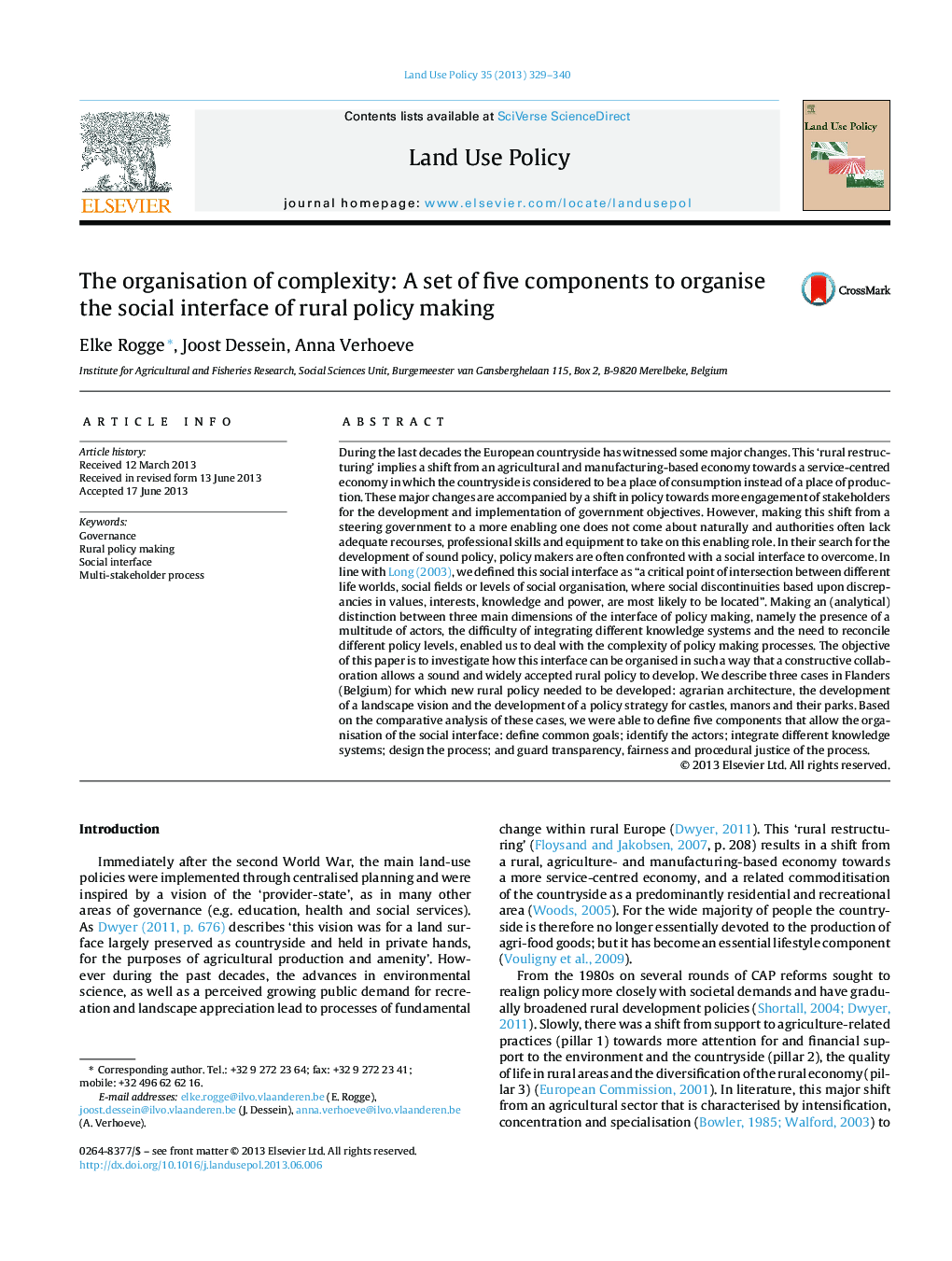 During the last decades the European countryside has witnessed some major changes. This ‘rural restructuring’ implies a shift from an agricultural and manufacturing-based economy towards a service-centred economy in which the countryside is considered to be a place of consumption instead of a place of production. These major changes are accompanied by a shift in policy towards more engagement of stakeholders for the development and implementation of government objectives. However, making this shift from a steering government to a more enabling one does not come about naturally and authorities often lack adequate recourses, professional skills and equipment to take on this enabling role. In their search for the development of sound policy, policy makers are often confronted with a social interface to overcome. In line with Long (2003), we defined this social interface as “a critical point of intersection between different life worlds, social fields or levels of social organisation, where social discontinuities based upon discrepancies in values, interests, knowledge and power, are most likely to be located”. Making an (analytical) distinction between three main dimensions of the interface of policy making, namely the presence of a multitude of actors, the difficulty of integrating different knowledge systems and the need to reconcile different policy levels, enabled us to deal with the complexity of policy making processes. The objective of this paper is to investigate how this interface can be organised in such a way that a constructive collaboration allows a sound and widely accepted rural policy to develop. We describe three cases in Flanders (Belgium) for which new rural policy needed to be developed: agrarian architecture, the development of a landscape vision and the development of a policy strategy for castles, manors and their parks. Based on the comparative analysis of these cases, we were able to define five components that allow the organisation of the social interface: define common goals; identify the actors; integrate different knowledge systems; design the process; and guard transparency, fairness and procedural justice of the process.