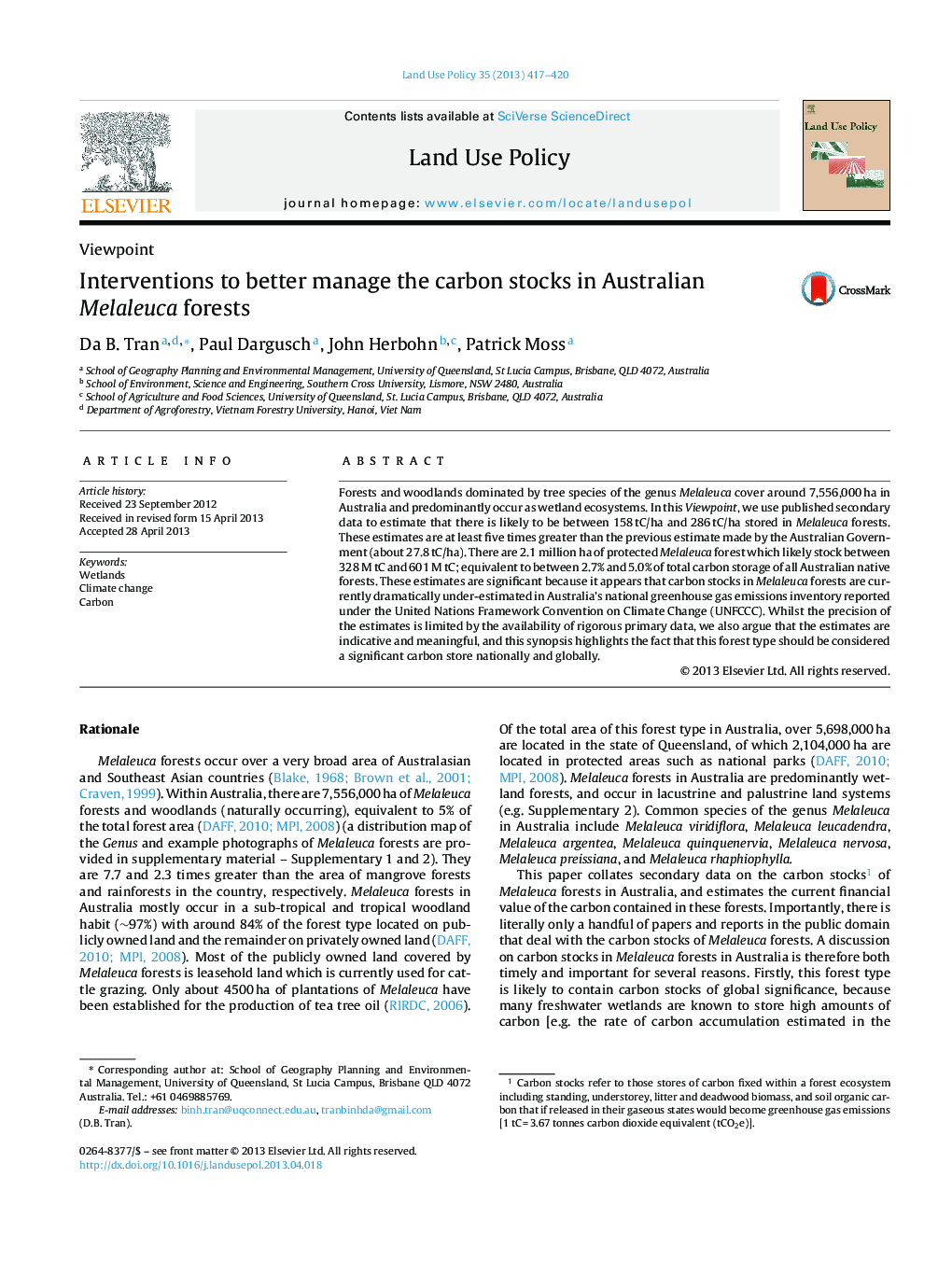 Forests and woodlands dominated by tree species of the genus Melaleuca cover around 7,556,000 ha in Australia and predominantly occur as wetland ecosystems. In this Viewpoint, we use published secondary data to estimate that there is likely to be between 158 tC/ha and 286 tC/ha stored in Melaleuca forests. These estimates are at least five times greater than the previous estimate made by the Australian Government (about 27.8 tC/ha). There are 2.1 million ha of protected Melaleuca forest which likely stock between 328 M tC and 601 M tC; equivalent to between 2.7% and 5.0% of total carbon storage of all Australian native forests. These estimates are significant because it appears that carbon stocks in Melaleuca forests are currently dramatically under-estimated in Australia's national greenhouse gas emissions inventory reported under the United Nations Framework Convention on Climate Change (UNFCCC). Whilst the precision of the estimates is limited by the availability of rigorous primary data, we also argue that the estimates are indicative and meaningful, and this synopsis highlights the fact that this forest type should be considered a significant carbon store nationally and globally.