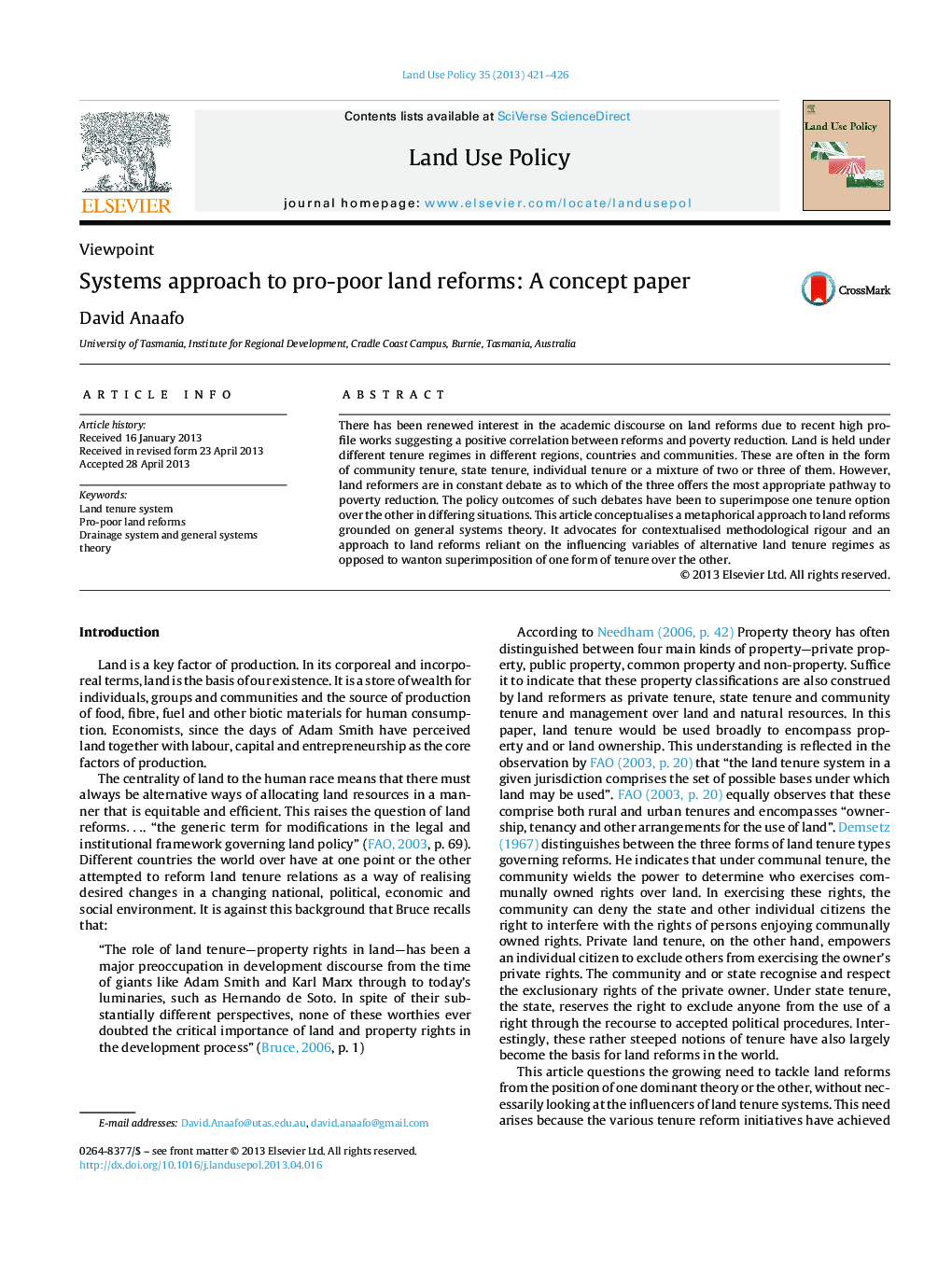 • Land tenure system: it is used here broadly to encompass such terms as property and or ownership over land and natural resources.
• Pro-poor land reform policy: is concerned with the attainment of pro-poor outcomes in the land use environment.
• The drainage system: the drainage system is used in this paper as a land–land metaphor to argue for a systemic and holistic approach to land reforms.
• General systems theory: the land reforms espoused in this paper is not only metaphorical but also reflected in the general systems theory.

There has been renewed interest in the academic discourse on land reforms due to recent high profile works suggesting a positive correlation between reforms and poverty reduction. Land is held under different tenure regimes in different regions, countries and communities. These are often in the form of community tenure, state tenure, individual tenure or a mixture of two or three of them. However, land reformers are in constant debate as to which of the three offers the most appropriate pathway to poverty reduction. The policy outcomes of such debates have been to superimpose one tenure option over the other in differing situations. This article conceptualises a metaphorical approach to land reforms grounded on general systems theory. It advocates for contextualised methodological rigour and an approach to land reforms reliant on the influencing variables of alternative land tenure regimes as opposed to wanton superimposition of one form of tenure over the other.