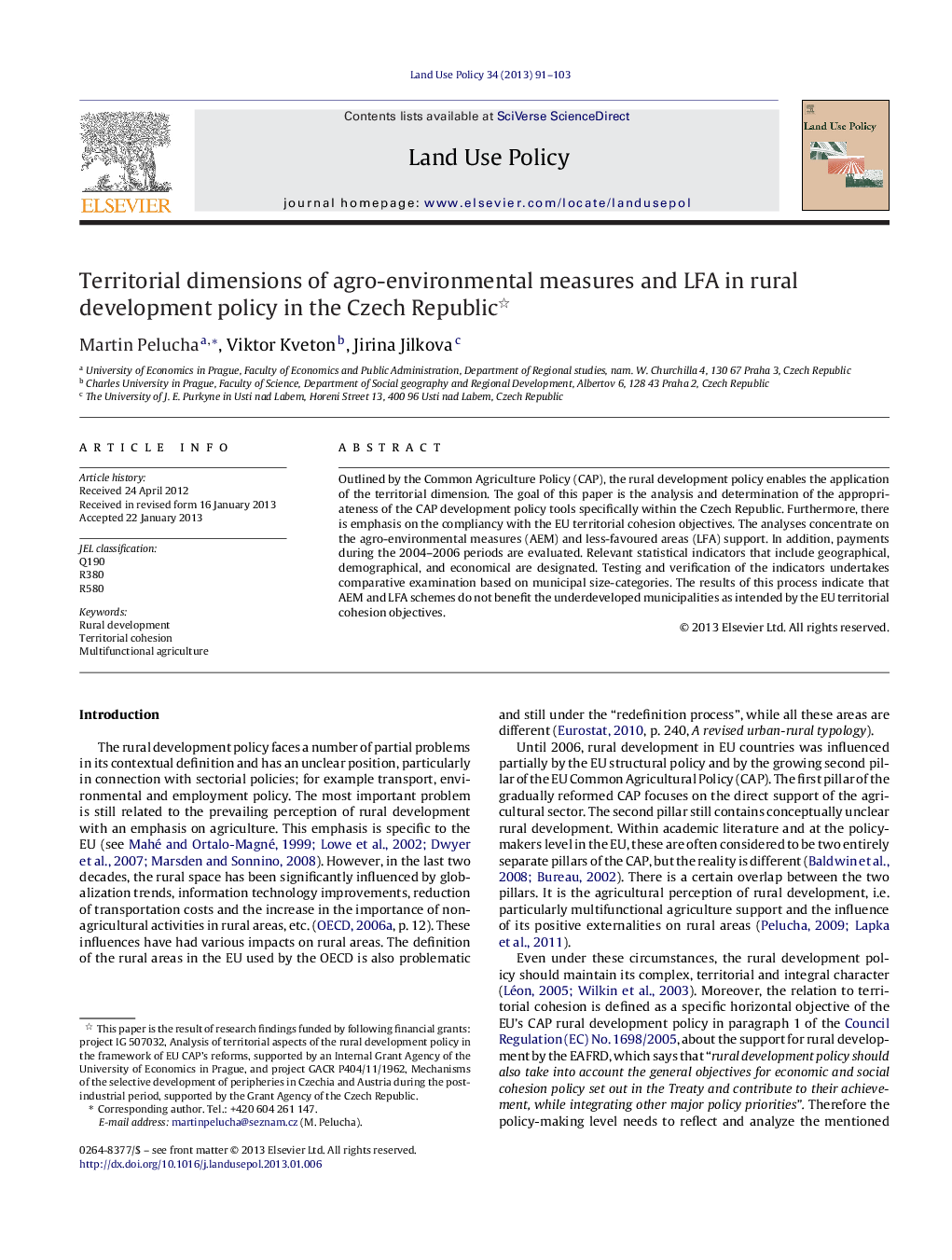 Outlined by the Common Agriculture Policy (CAP), the rural development policy enables the application of the territorial dimension. The goal of this paper is the analysis and determination of the appropriateness of the CAP development policy tools specifically within the Czech Republic. Furthermore, there is emphasis on the compliancy with the EU territorial cohesion objectives. The analyses concentrate on the agro-environmental measures (AEM) and less-favoured areas (LFA) support. In addition, payments during the 2004–2006 periods are evaluated. Relevant statistical indicators that include geographical, demographical, and economical are designated. Testing and verification of the indicators undertakes comparative examination based on municipal size-categories. The results of this process indicate that AEM and LFA schemes do not benefit the underdeveloped municipalities as intended by the EU territorial cohesion objectives.

► Analysis of the relationship between the CAP second pillar and territorial cohesion.
► Critical assessment of the current state of existing analyses and methods.
► Modification and extension of the Shucksmith's approach.
► Verification of the new method on the level of municipalities in the Czech Republic.