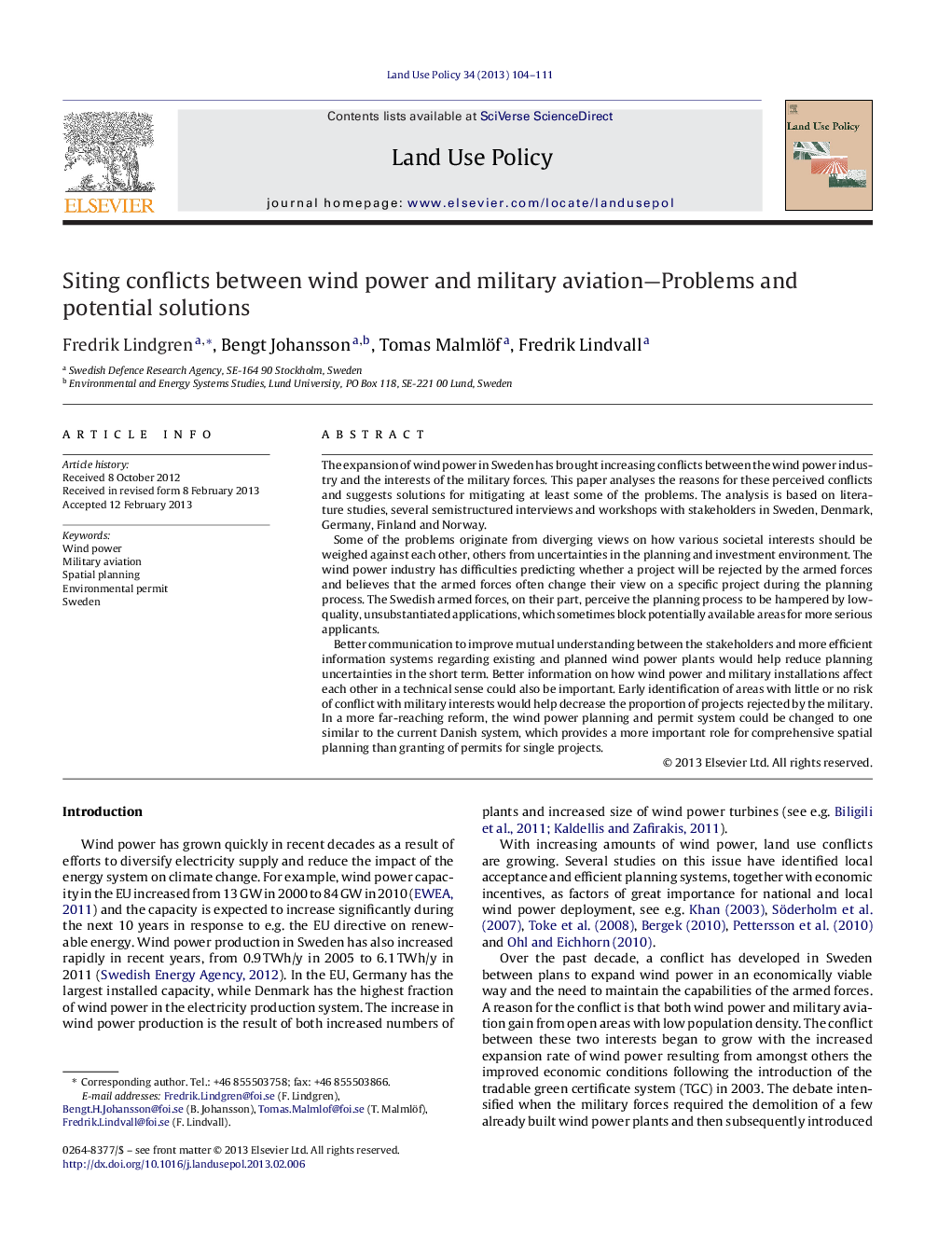 The expansion of wind power in Sweden has brought increasing conflicts between the wind power industry and the interests of the military forces. This paper analyses the reasons for these perceived conflicts and suggests solutions for mitigating at least some of the problems. The analysis is based on literature studies, several semistructured interviews and workshops with stakeholders in Sweden, Denmark, Germany, Finland and Norway.Some of the problems originate from diverging views on how various societal interests should be weighed against each other, others from uncertainties in the planning and investment environment. The wind power industry has difficulties predicting whether a project will be rejected by the armed forces and believes that the armed forces often change their view on a specific project during the planning process. The Swedish armed forces, on their part, perceive the planning process to be hampered by low-quality, unsubstantiated applications, which sometimes block potentially available areas for more serious applicants.Better communication to improve mutual understanding between the stakeholders and more efficient information systems regarding existing and planned wind power plants would help reduce planning uncertainties in the short term. Better information on how wind power and military installations affect each other in a technical sense could also be important. Early identification of areas with little or no risk of conflict with military interests would help decrease the proportion of projects rejected by the military. In a more far-reaching reform, the wind power planning and permit system could be changed to one similar to the current Danish system, which provides a more important role for comprehensive spatial planning than granting of permits for single projects.