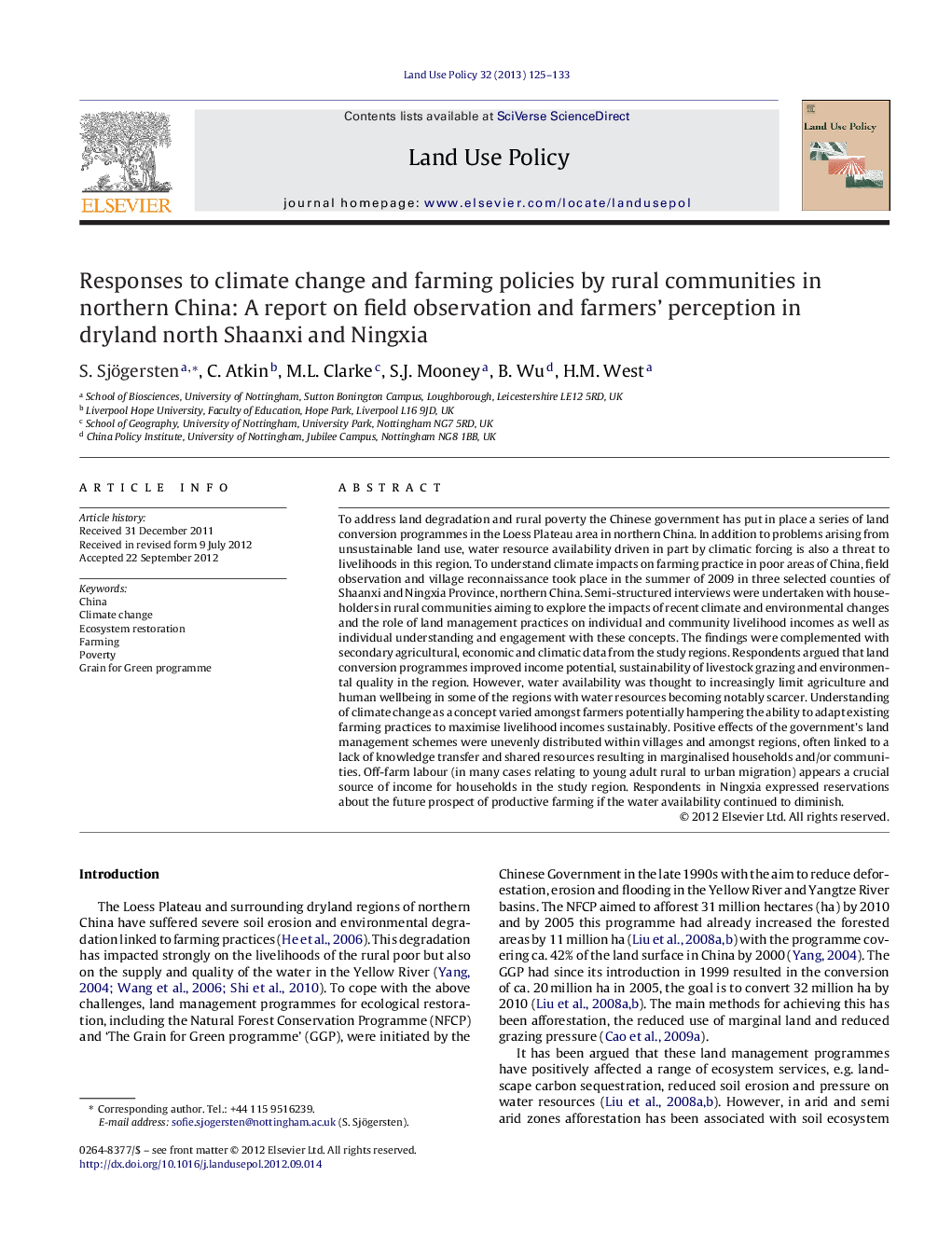 To address land degradation and rural poverty the Chinese government has put in place a series of land conversion programmes in the Loess Plateau area in northern China. In addition to problems arising from unsustainable land use, water resource availability driven in part by climatic forcing is also a threat to livelihoods in this region. To understand climate impacts on farming practice in poor areas of China, field observation and village reconnaissance took place in the summer of 2009 in three selected counties of Shaanxi and Ningxia Province, northern China. Semi-structured interviews were undertaken with householders in rural communities aiming to explore the impacts of recent climate and environmental changes and the role of land management practices on individual and community livelihood incomes as well as individual understanding and engagement with these concepts. The findings were complemented with secondary agricultural, economic and climatic data from the study regions. Respondents argued that land conversion programmes improved income potential, sustainability of livestock grazing and environmental quality in the region. However, water availability was thought to increasingly limit agriculture and human wellbeing in some of the regions with water resources becoming notably scarcer. Understanding of climate change as a concept varied amongst farmers potentially hampering the ability to adapt existing farming practices to maximise livelihood incomes sustainably. Positive effects of the government's land management schemes were unevenly distributed within villages and amongst regions, often linked to a lack of knowledge transfer and shared resources resulting in marginalised households and/or communities. Off-farm labour (in many cases relating to young adult rural to urban migration) appears a crucial source of income for households in the study region. Respondents in Ningxia expressed reservations about the future prospect of productive farming if the water availability continued to diminish.

► The ‘Grain for Green’ (GFG) programme has improved farmer income in northern China.
► Farmers acknowledged improved environmental conditions linked to the GFG programme.
► Reduced water availability was thought to limit agriculture and human wellbeing in dry regions.
► Understanding of climate change as a concept was limited and varied.