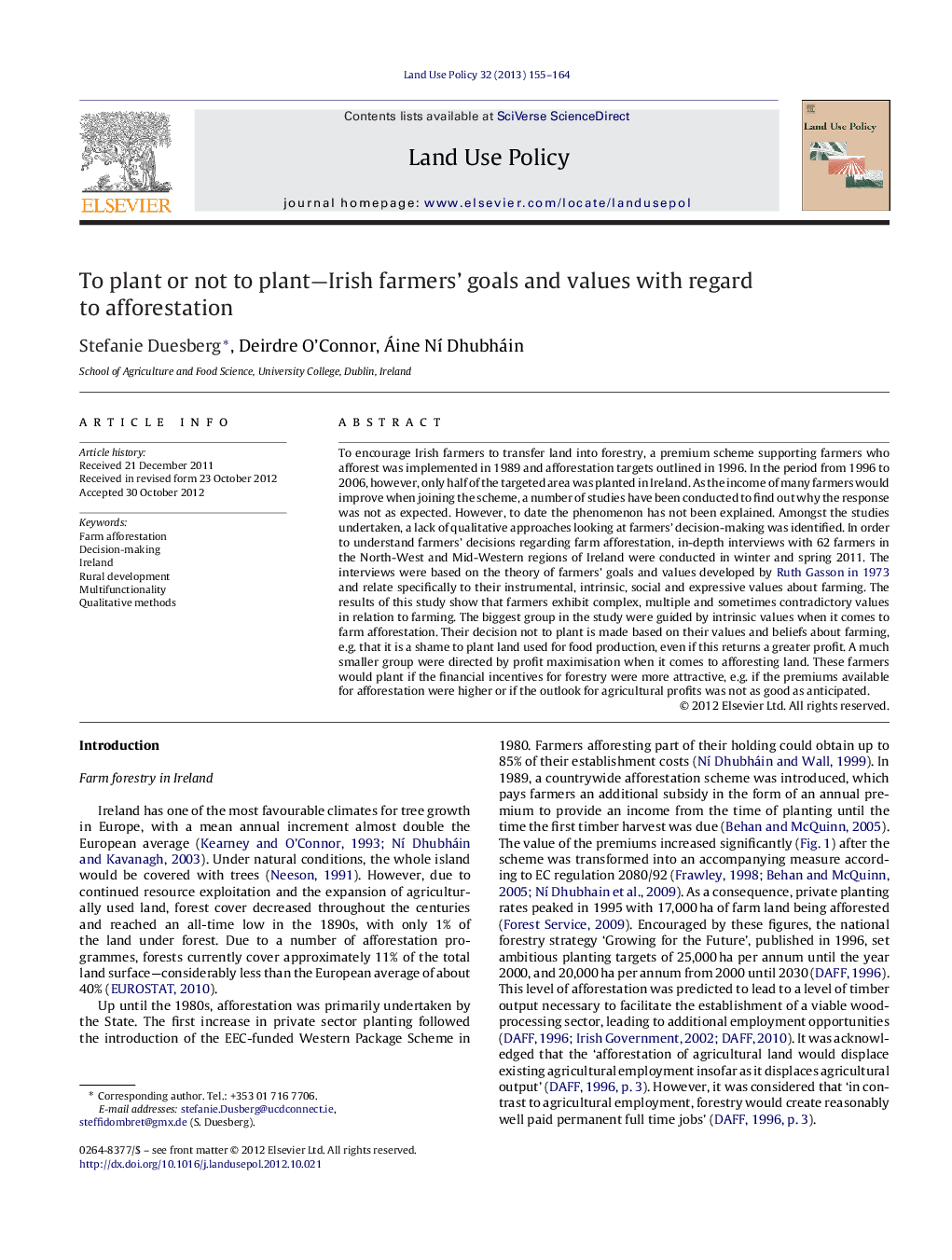 To encourage Irish farmers to transfer land into forestry, a premium scheme supporting farmers who afforest was implemented in 1989 and afforestation targets outlined in 1996. In the period from 1996 to 2006, however, only half of the targeted area was planted in Ireland. As the income of many farmers would improve when joining the scheme, a number of studies have been conducted to find out why the response was not as expected. However, to date the phenomenon has not been explained. Amongst the studies undertaken, a lack of qualitative approaches looking at farmers’ decision-making was identified. In order to understand farmers’ decisions regarding farm afforestation, in-depth interviews with 62 farmers in the North-West and Mid-Western regions of Ireland were conducted in winter and spring 2011. The interviews were based on the theory of farmers’ goals and values developed by Ruth Gasson in 1973 and relate specifically to their instrumental, intrinsic, social and expressive values about farming. The results of this study show that farmers exhibit complex, multiple and sometimes contradictory values in relation to farming. The biggest group in the study were guided by intrinsic values when it comes to farm afforestation. Their decision not to plant is made based on their values and beliefs about farming, e.g. that it is a shame to plant land used for food production, even if this returns a greater profit. A much smaller group were directed by profit maximisation when it comes to afforesting land. These farmers would plant if the financial incentives for forestry were more attractive, e.g. if the premiums available for afforestation were higher or if the outlook for agricultural profits was not as good as anticipated.