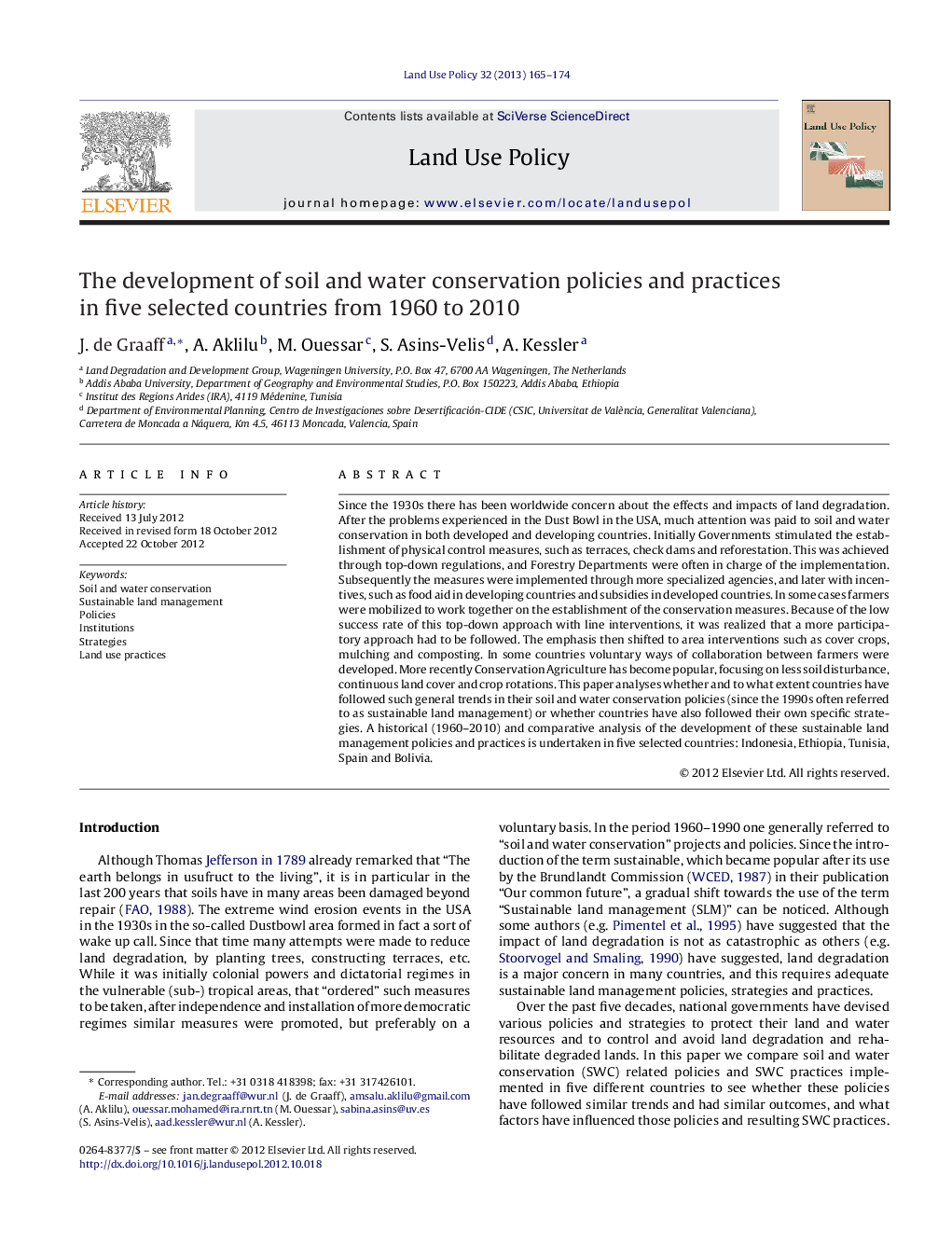 Since the 1930s there has been worldwide concern about the effects and impacts of land degradation. After the problems experienced in the Dust Bowl in the USA, much attention was paid to soil and water conservation in both developed and developing countries. Initially Governments stimulated the establishment of physical control measures, such as terraces, check dams and reforestation. This was achieved through top-down regulations, and Forestry Departments were often in charge of the implementation. Subsequently the measures were implemented through more specialized agencies, and later with incentives, such as food aid in developing countries and subsidies in developed countries. In some cases farmers were mobilized to work together on the establishment of the conservation measures. Because of the low success rate of this top-down approach with line interventions, it was realized that a more participatory approach had to be followed. The emphasis then shifted to area interventions such as cover crops, mulching and composting. In some countries voluntary ways of collaboration between farmers were developed. More recently Conservation Agriculture has become popular, focusing on less soil disturbance, continuous land cover and crop rotations. This paper analyses whether and to what extent countries have followed such general trends in their soil and water conservation policies (since the 1990s often referred to as sustainable land management) or whether countries have also followed their own specific strategies. A historical (1960–2010) and comparative analysis of the development of these sustainable land management policies and practices is undertaken in five selected countries: Indonesia, Ethiopia, Tunisia, Spain and Bolivia.