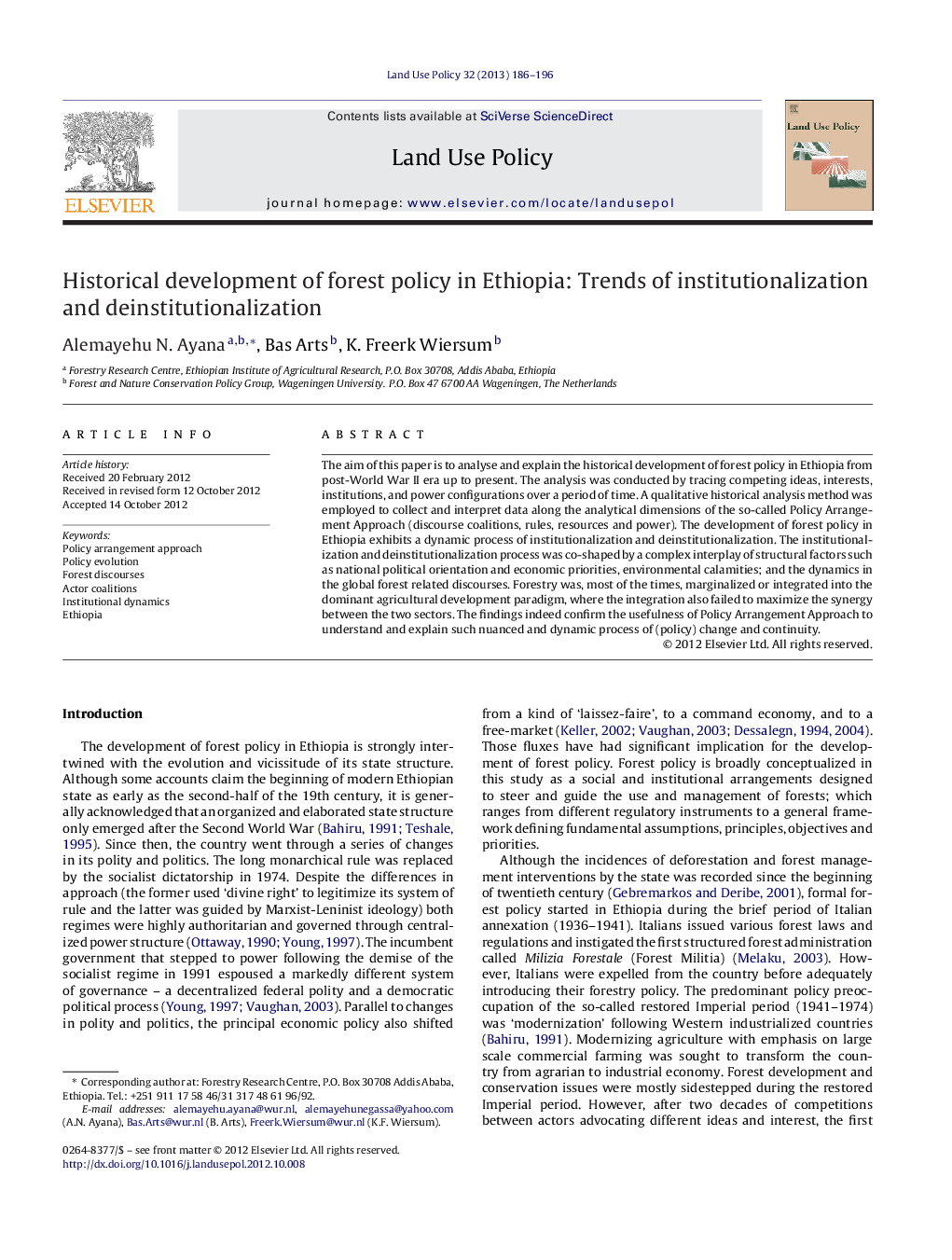 The aim of this paper is to analyse and explain the historical development of forest policy in Ethiopia from post-World War II era up to present. The analysis was conducted by tracing competing ideas, interests, institutions, and power configurations over a period of time. A qualitative historical analysis method was employed to collect and interpret data along the analytical dimensions of the so-called Policy Arrangement Approach (discourse coalitions, rules, resources and power). The development of forest policy in Ethiopia exhibits a dynamic process of institutionalization and deinstitutionalization. The institutionalization and deinstitutionalization process was co-shaped by a complex interplay of structural factors such as national political orientation and economic priorities, environmental calamities; and the dynamics in the global forest related discourses. Forestry was, most of the times, marginalized or integrated into the dominant agricultural development paradigm, where the integration also failed to maximize the synergy between the two sectors. The findings indeed confirm the usefulness of Policy Arrangement Approach to understand and explain such nuanced and dynamic process of (policy) change and continuity.

Graphical illustration of the institutionalization and deinstitutionalization trends of forest policy in Ethiopia.Figure optionsDownload as PowerPoint slideHighlights
► We analyzed how forest policy has evolved and developed in Ethiopia.
► The dynamics in global forest discourses co-shaped the development of national policy.
► The national politico-economic orientation delineated the broader structural context.
► Structural factors enabled or constrained one discourse coalition over the other.
► Policy Arrangement Approach is a useful tool to understand such nuance policy change.