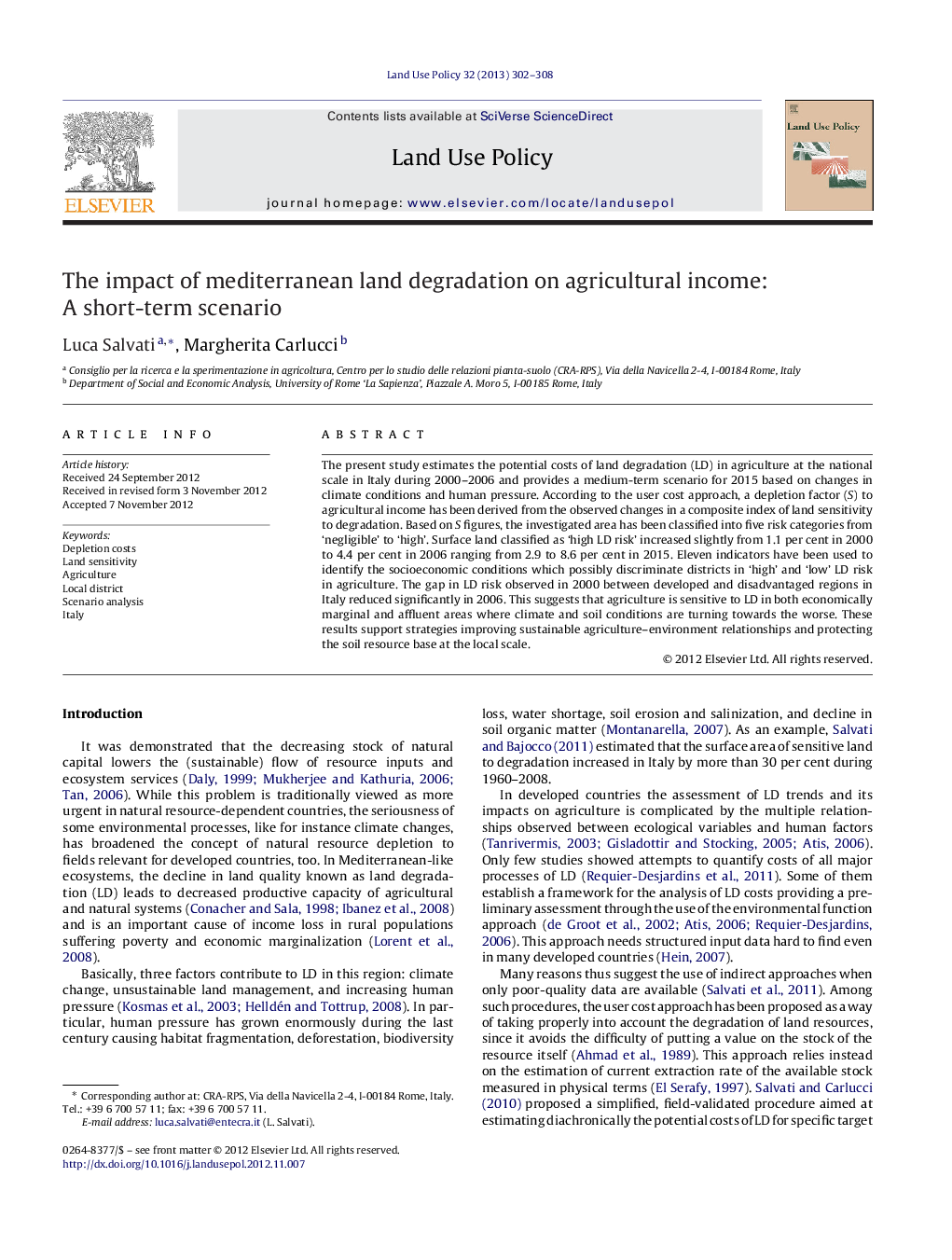 The present study estimates the potential costs of land degradation (LD) in agriculture at the national scale in Italy during 2000–2006 and provides a medium-term scenario for 2015 based on changes in climate conditions and human pressure. According to the user cost approach, a depletion factor (S) to agricultural income has been derived from the observed changes in a composite index of land sensitivity to degradation. Based on S figures, the investigated area has been classified into five risk categories from ‘negligible’ to ‘high’. Surface land classified as ‘high LD risk’ increased slightly from 1.1 per cent in 2000 to 4.4 per cent in 2006 ranging from 2.9 to 8.6 per cent in 2015. Eleven indicators have been used to identify the socioeconomic conditions which possibly discriminate districts in ‘high’ and ‘low’ LD risk in agriculture. The gap in LD risk observed in 2000 between developed and disadvantaged regions in Italy reduced significantly in 2006. This suggests that agriculture is sensitive to LD in both economically marginal and affluent areas where climate and soil conditions are turning towards the worse. These results support strategies improving sustainable agriculture–environment relationships and protecting the soil resource base at the local scale.

► Land at high risk of desertification increased in Italy from 1.1% in 2000 to 4.4% in 2006 ranging from 2.9 to 8.6% in 2015.
► The gap in the level of desertification risk between developed and disadvantaged regions reduced significantly.
► Agriculture is sensitive to land degradation in both economically marginal and affluent areas.
► Eleven indicators were used to identify the socioeconomic conditions discriminating districts at ‘high’ and ‘low’ risk in agriculture.