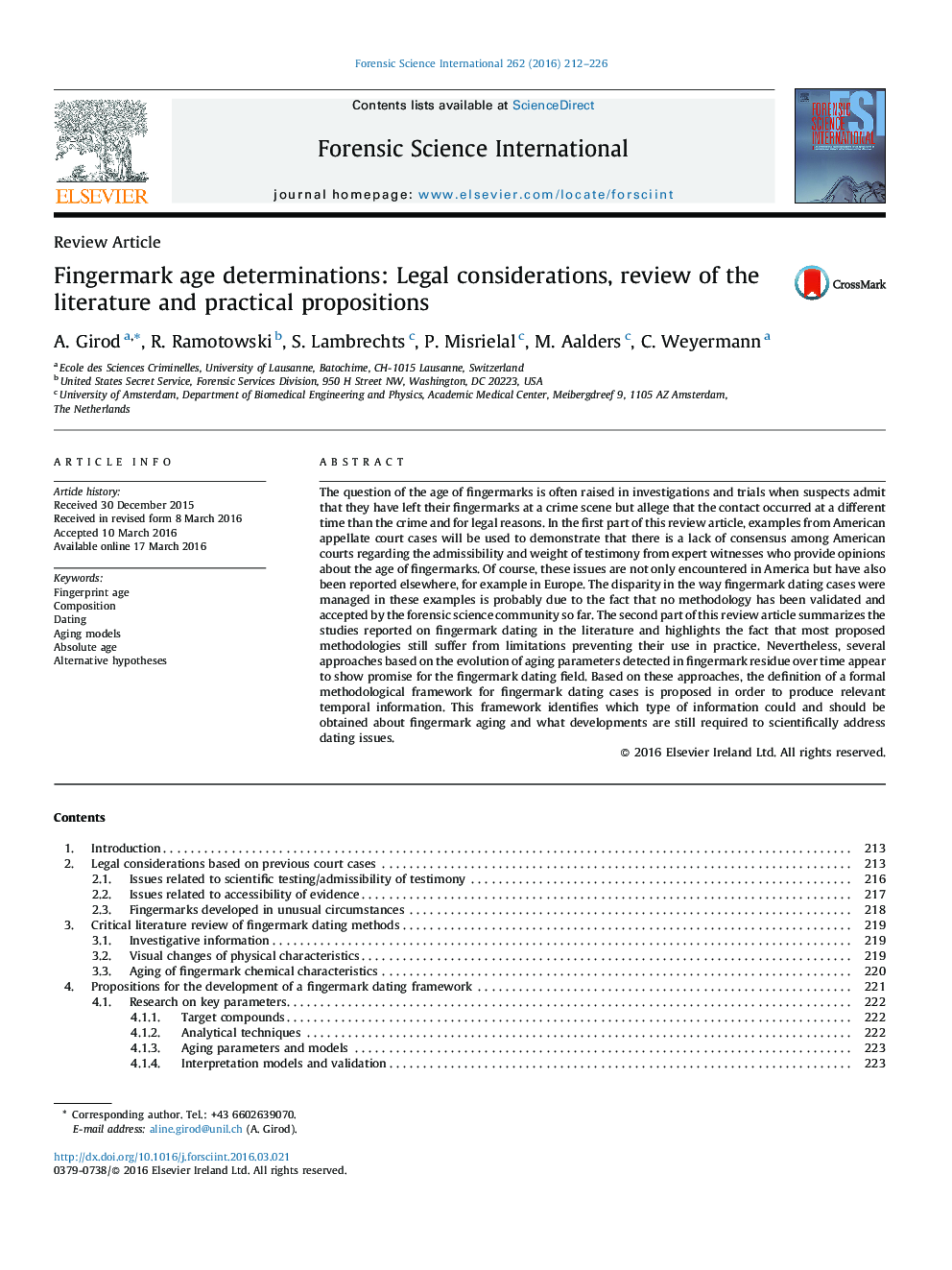 The question of the age of fingermarks is often raised in investigations and trials when suspects admit that they have left their fingermarks at a crime scene but allege that the contact occurred at a different time than the crime and for legal reasons. In the first part of this review article, examples from American appellate court cases will be used to demonstrate that there is a lack of consensus among American courts regarding the admissibility and weight of testimony from expert witnesses who provide opinions about the age of fingermarks. Of course, these issues are not only encountered in America but have also been reported elsewhere, for example in Europe. The disparity in the way fingermark dating cases were managed in these examples is probably due to the fact that no methodology has been validated and accepted by the forensic science community so far. The second part of this review article summarizes the studies reported on fingermark dating in the literature and highlights the fact that most proposed methodologies still suffer from limitations preventing their use in practice. Nevertheless, several approaches based on the evolution of aging parameters detected in fingermark residue over time appear to show promise for the fingermark dating field. Based on these approaches, the definition of a formal methodological framework for fingermark dating cases is proposed in order to produce relevant temporal information. This framework identifies which type of information could and should be obtained about fingermark aging and what developments are still required to scientifically address dating issues.