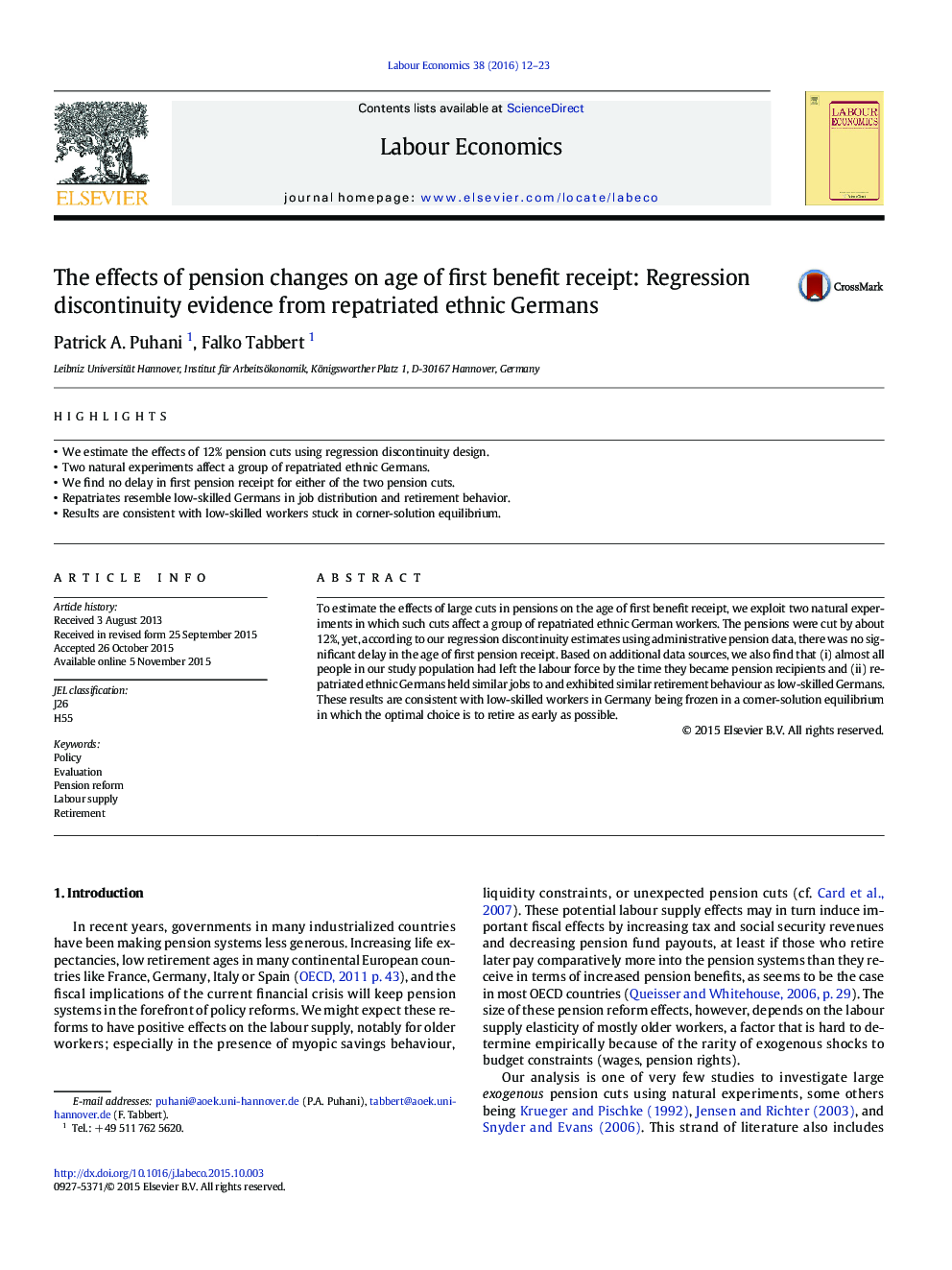 • We estimate the effects of 12% pension cuts using regression discontinuity design.
• Two natural experiments affect a group of repatriated ethnic Germans.
• We find no delay in first pension receipt for either of the two pension cuts.
• Repatriates resemble low-skilled Germans in job distribution and retirement behavior.
• Results are consistent with low-skilled workers stuck in corner-solution equilibrium.

To estimate the effects of large cuts in pensions on the age of first benefit receipt, we exploit two natural experiments in which such cuts affect a group of repatriated ethnic German workers. The pensions were cut by about 12%, yet, according to our regression discontinuity estimates using administrative pension data, there was no significant delay in the age of first pension receipt. Based on additional data sources, we also find that (i) almost all people in our study population had left the labour force by the time they became pension recipients and (ii) repatriated ethnic Germans held similar jobs to and exhibited similar retirement behaviour as low-skilled Germans. These results are consistent with low-skilled workers in Germany being frozen in a corner-solution equilibrium in which the optimal choice is to retire as early as possible.