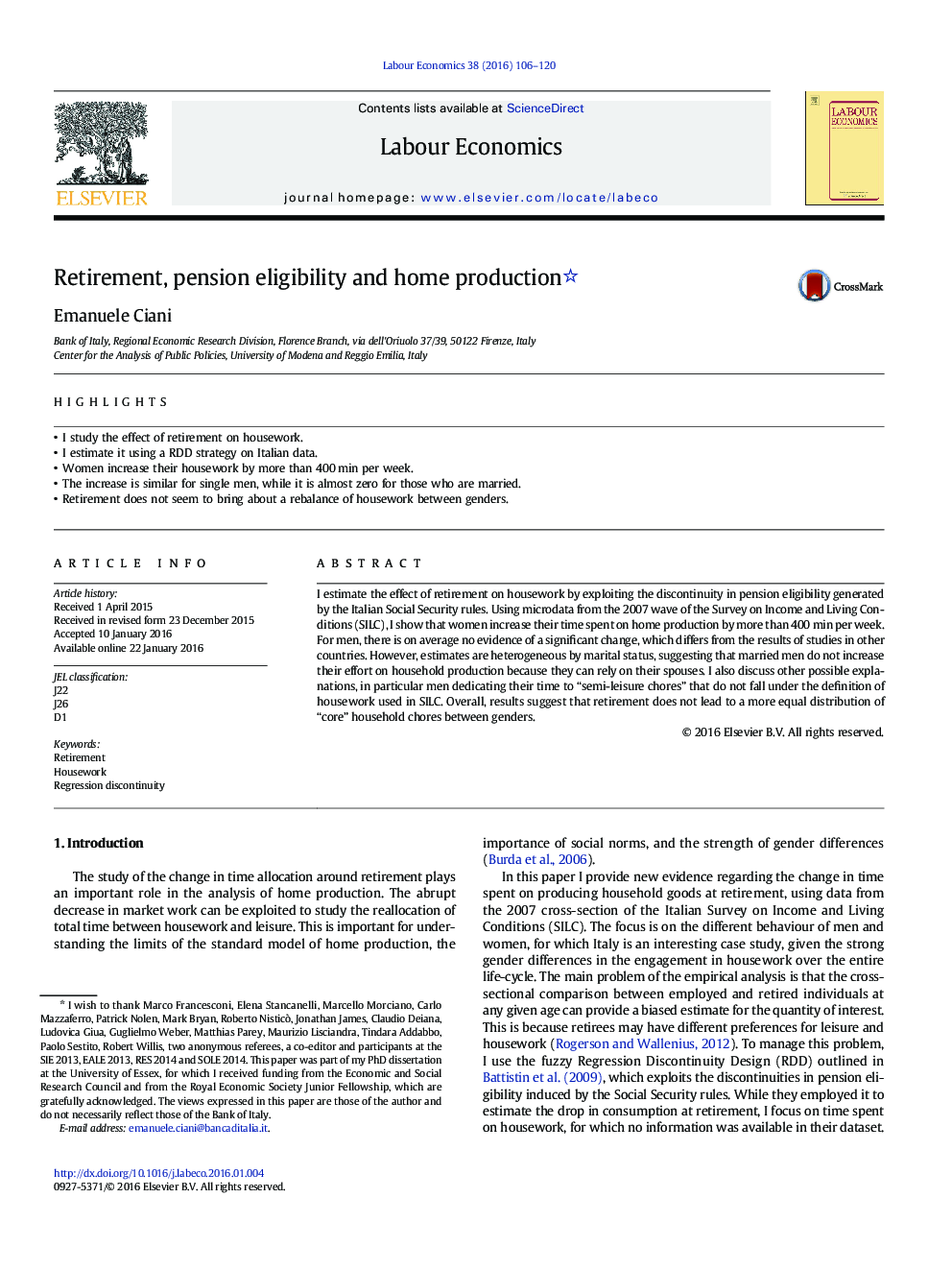 • I study the effect of retirement on housework.
• I estimate it using a RDD strategy on Italian data.
• Women increase their housework by more than 400 min per week.
• The increase is similar for single men, while it is almost zero for those who are married.
• Retirement does not seem to bring about a rebalance of housework between genders.

I estimate the effect of retirement on housework by exploiting the discontinuity in pension eligibility generated by the Italian Social Security rules. Using microdata from the 2007 wave of the Survey on Income and Living Conditions (SILC), I show that women increase their time spent on home production by more than 400 min per week. For men, there is on average no evidence of a significant change, which differs from the results of studies in other countries. However, estimates are heterogeneous by marital status, suggesting that married men do not increase their effort on household production because they can rely on their spouses. I also discuss other possible explanations, in particular men dedicating their time to “semi-leisure chores” that do not fall under the definition of housework used in SILC. Overall, results suggest that retirement does not lead to a more equal distribution of “core” household chores between genders.