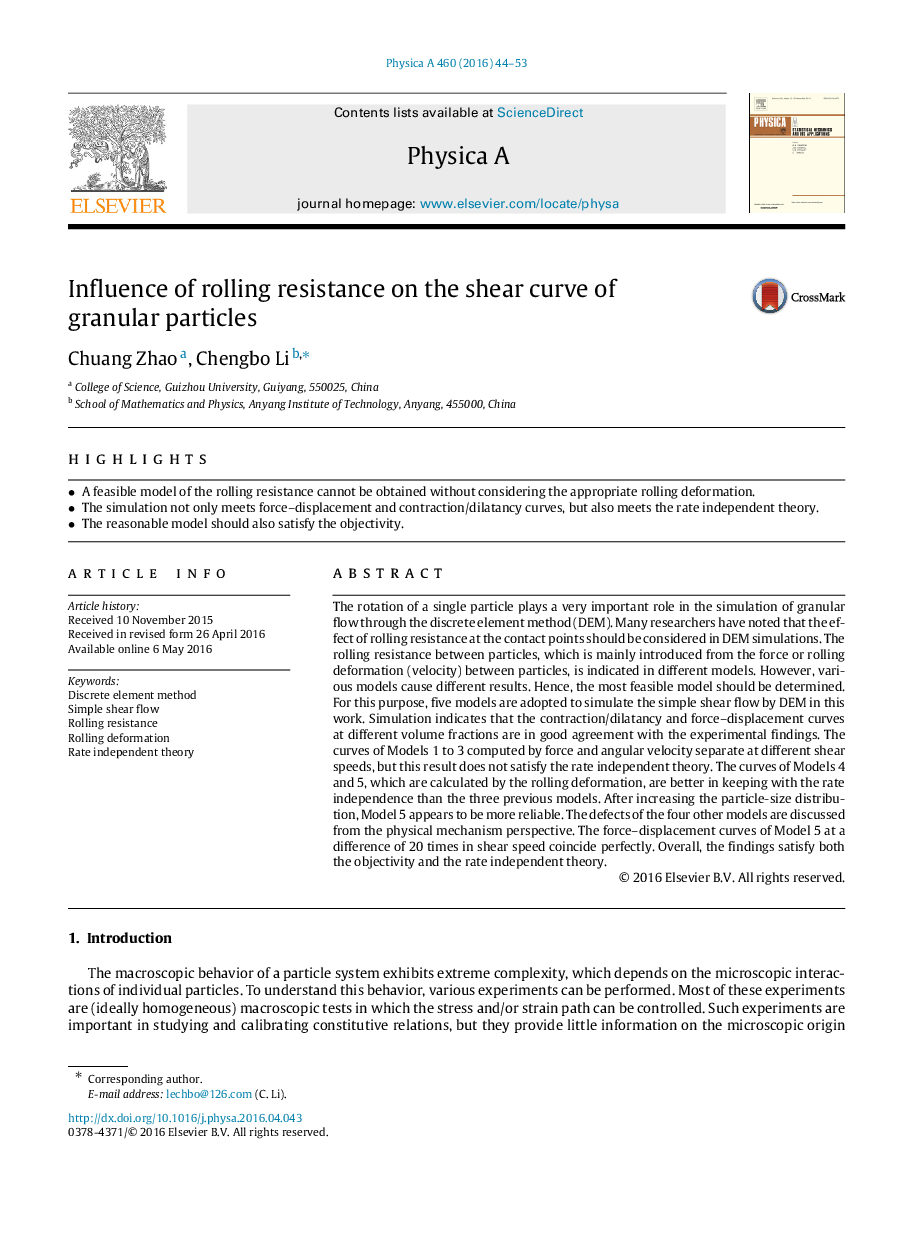 • A feasible model of the rolling resistance cannot be obtained without considering the appropriate rolling deformation.
• The simulation not only meets force–displacement and contraction/dilatancy curves, but also meets the rate independent theory.
• The reasonable model should also satisfy the objectivity.

The rotation of a single particle plays a very important role in the simulation of granular flow through the discrete element method (DEM). Many researchers have noted that the effect of rolling resistance at the contact points should be considered in DEM simulations. The rolling resistance between particles, which is mainly introduced from the force or rolling deformation (velocity) between particles, is indicated in different models. However, various models cause different results. Hence, the most feasible model should be determined. For this purpose, five models are adopted to simulate the simple shear flow by DEM in this work. Simulation indicates that the contraction/dilatancy and force–displacement curves at different volume fractions are in good agreement with the experimental findings. The curves of Models 1 to 3 computed by force and angular velocity separate at different shear speeds, but this result does not satisfy the rate independent theory. The curves of Models 4 and 5, which are calculated by the rolling deformation, are better in keeping with the rate independence than the three previous models. After increasing the particle-size distribution, Model 5 appears to be more reliable. The defects of the four other models are discussed from the physical mechanism perspective. The force–displacement curves of Model 5 at a difference of 20 times in shear speed coincide perfectly. Overall, the findings satisfy both the objectivity and the rate independent theory.