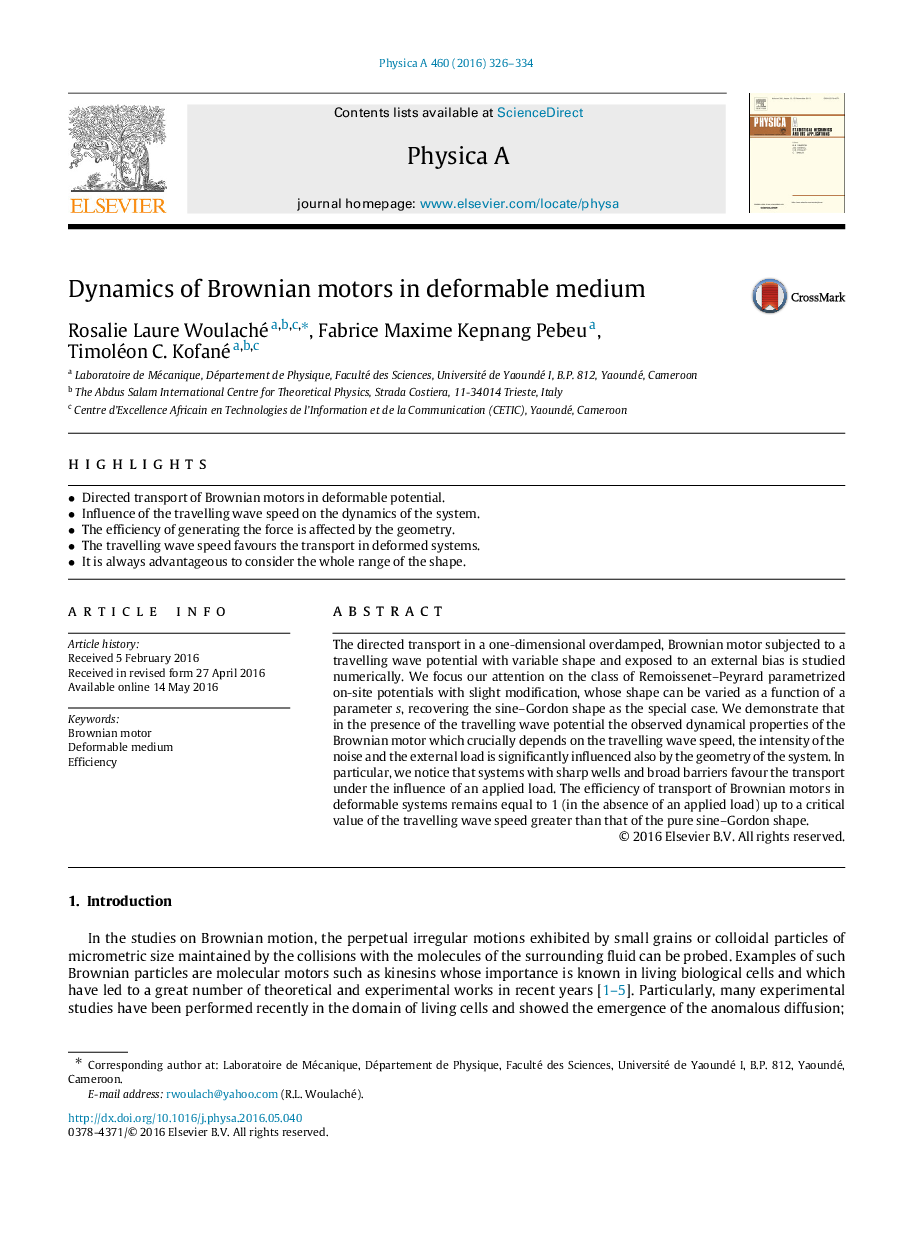 The directed transport in a one-dimensional overdamped, Brownian motor subjected to a travelling wave potential with variable shape and exposed to an external bias is studied numerically. We focus our attention on the class of Remoissenet–Peyrard parametrized on-site potentials with slight modification, whose shape can be varied as a function of a parameter ss, recovering the sine–Gordon shape as the special case. We demonstrate that in the presence of the travelling wave potential the observed dynamical properties of the Brownian motor which crucially depends on the travelling wave speed, the intensity of the noise and the external load is significantly influenced also by the geometry of the system. In particular, we notice that systems with sharp wells and broad barriers favour the transport under the influence of an applied load. The efficiency of transport of Brownian motors in deformable systems remains equal to 11 (in the absence of an applied load) up to a critical value of the travelling wave speed greater than that of the pure sine–Gordon shape.