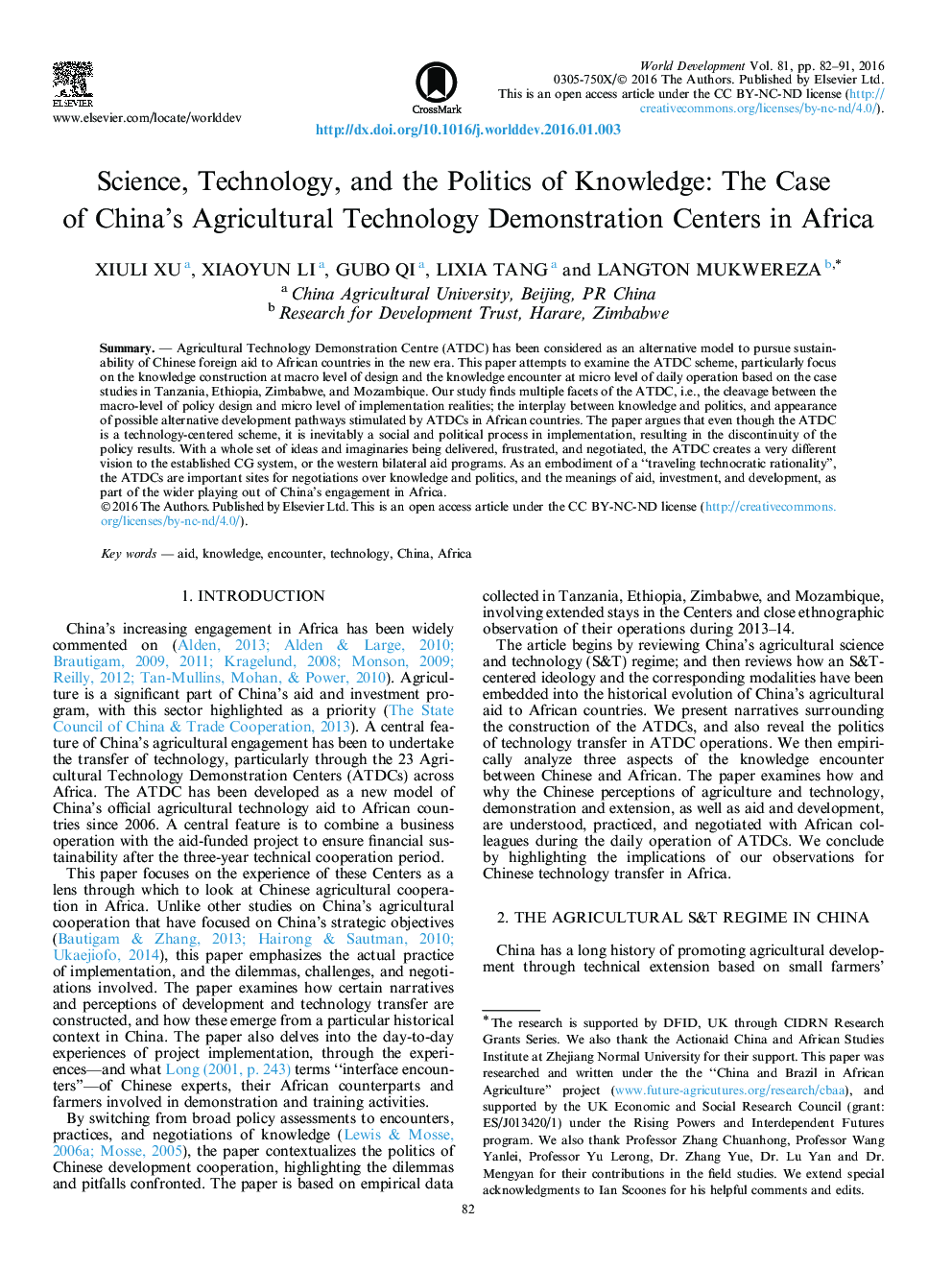 • The mismatch between policy design and implementation of Chinese African Technology Development Centres (ATDCs) is examined.
• Ethnographic data from four ATDCs in African countries are used to examine day-to-day negotiations over knowledge and politics.
• The ATDCs are seen as an embodiment of a “traveling technocratic rationality”, rooted in the history of Chinese agricultural policy.
• The ATDCs provide possible alternative development pathways for agricultural technology cooperation in Africa.

SummaryAgricultural Technology Demonstration Centre (ATDC) has been considered as an alternative model to pursue sustainability of Chinese foreign aid to African countries in the new era. This paper attempts to examine the ATDC scheme, particularly focus on the knowledge construction at macro level of design and the knowledge encounter at micro level of daily operation based on the case studies in Tanzania, Ethiopia, Zimbabwe, and Mozambique. Our study finds multiple facets of the ATDC, i.e., the cleavage between the macro-level of policy design and micro level of implementation realities; the interplay between knowledge and politics, and appearance of possible alternative development pathways stimulated by ATDCs in African countries. The paper argues that even though the ATDC is a technology-centered scheme, it is inevitably a social and political process in implementation, resulting in the discontinuity of the policy results. With a whole set of ideas and imaginaries being delivered, frustrated, and negotiated, the ATDC creates a very different vision to the established CG system, or the western bilateral aid programs. As an embodiment of a “traveling technocratic rationality”, the ATDCs are important sites for negotiations over knowledge and politics, and the meanings of aid, investment, and development, as part of the wider playing out of China’s engagement in Africa.