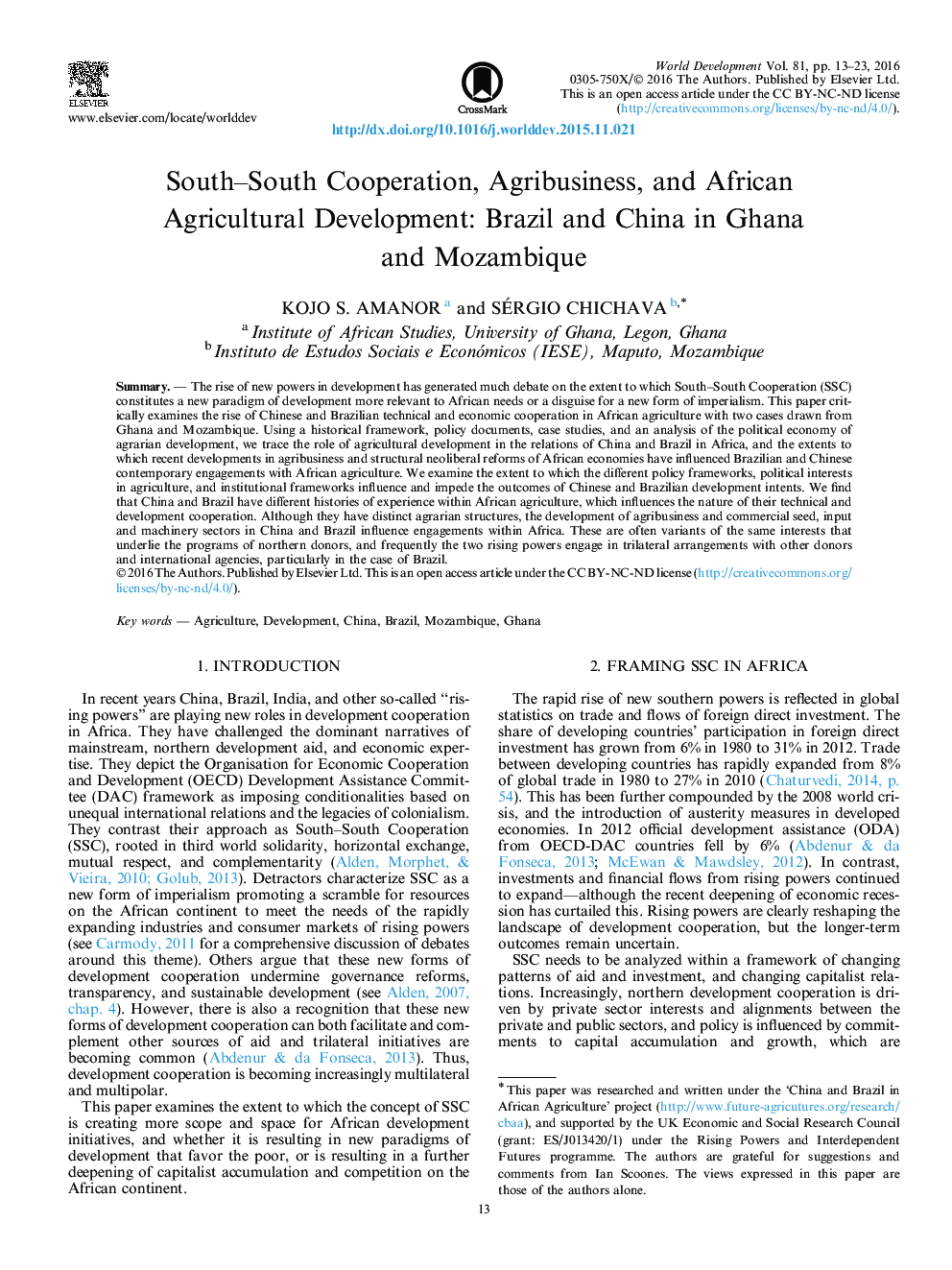 SummaryThe rise of new powers in development has generated much debate on the extent to which South–South Cooperation (SSC) constitutes a new paradigm of development more relevant to African needs or a disguise for a new form of imperialism. This paper critically examines the rise of Chinese and Brazilian technical and economic cooperation in African agriculture with two cases drawn from Ghana and Mozambique. Using a historical framework, policy documents, case studies, and an analysis of the political economy of agrarian development, we trace the role of agricultural development in the relations of China and Brazil in Africa, and the extents to which recent developments in agribusiness and structural neoliberal reforms of African economies have influenced Brazilian and Chinese contemporary engagements with African agriculture. We examine the extent to which the different policy frameworks, political interests in agriculture, and institutional frameworks influence and impede the outcomes of Chinese and Brazilian development intents. We find that China and Brazil have different histories of experience within African agriculture, which influences the nature of their technical and development cooperation. Although they have distinct agrarian structures, the development of agribusiness and commercial seed, input and machinery sectors in China and Brazil influence engagements within Africa. These are often variants of the same interests that underlie the programs of northern donors, and frequently the two rising powers engage in trilateral arrangements with other donors and international agencies, particularly in the case of Brazil.