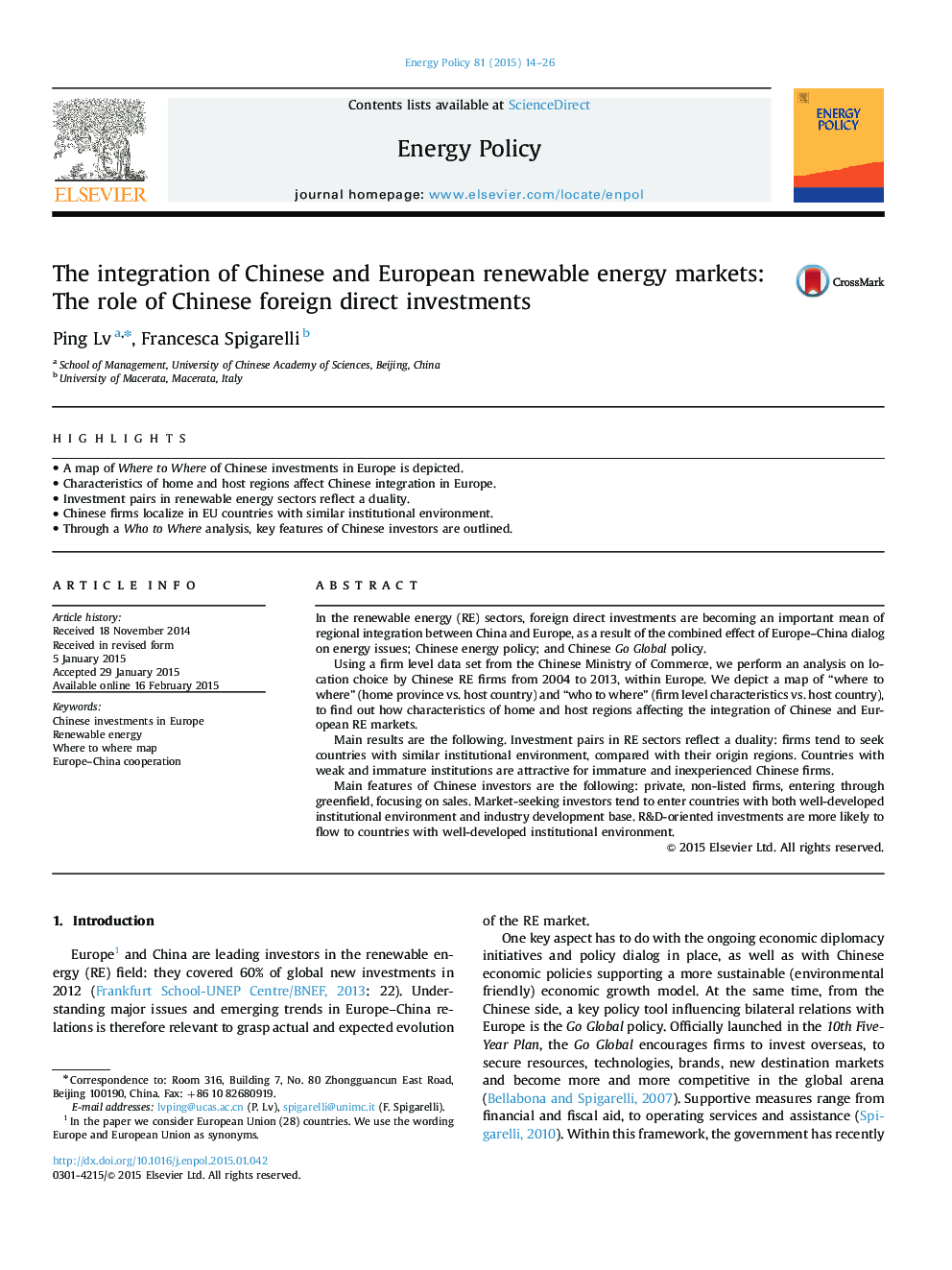 • A map of Where to Where of Chinese investments in Europe is depicted.
• Characteristics of home and host regions affect Chinese integration in Europe.
• Investment pairs in renewable energy sectors reflect a duality.
• Chinese firms localize in EU countries with similar institutional environment.
• Through a Who to Where analysis, key features of Chinese investors are outlined.

In the renewable energy (RE) sectors, foreign direct investments are becoming an important mean of regional integration between China and Europe, as a result of the combined effect of Europe–China dialog on energy issues; Chinese energy policy; and Chinese Go Global policy.Using a firm level data set from the Chinese Ministry of Commerce, we perform an analysis on location choice by Chinese RE firms from 2004 to 2013, within Europe. We depict a map of “where to where” (home province vs. host country) and “who to where” (firm level characteristics vs. host country), to find out how characteristics of home and host regions affecting the integration of Chinese and European RE markets.Main results are the following. Investment pairs in RE sectors reflect a duality: firms tend to seek countries with similar institutional environment, compared with their origin regions. Countries with weak and immature institutions are attractive for immature and inexperienced Chinese firms.Main features of Chinese investors are the following: private, non-listed firms, entering through greenfield, focusing on sales. Market-seeking investors tend to enter countries with both well-developed institutional environment and industry development base. R&D-oriented investments are more likely to flow to countries with well-developed institutional environment.