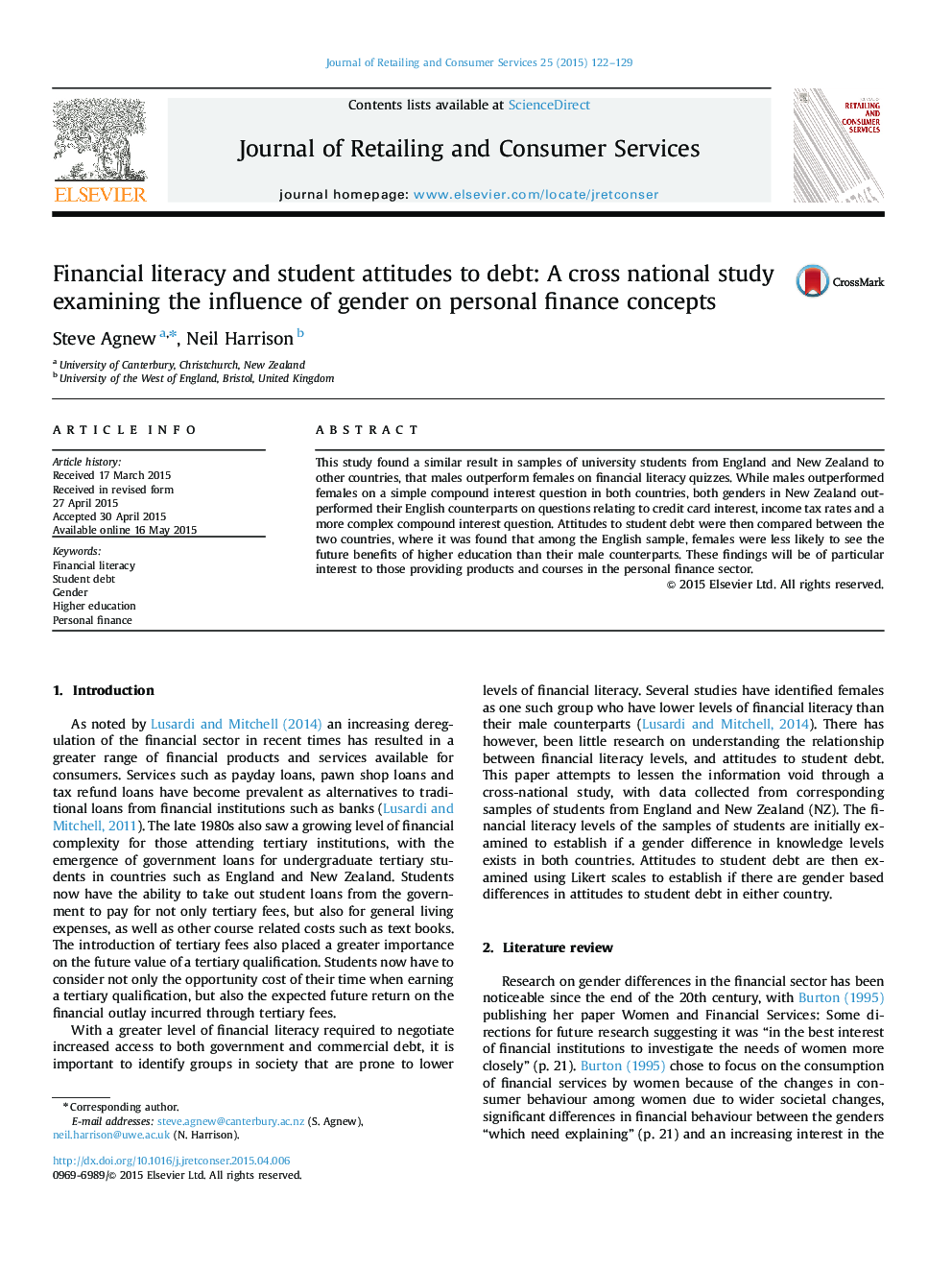 This study found a similar result in samples of university students from England and New Zealand to other countries, that males outperform females on financial literacy quizzes. While males outperformed females on a simple compound interest question in both countries, both genders in New Zealand outperformed their English counterparts on questions relating to credit card interest, income tax rates and a more complex compound interest question. Attitudes to student debt were then compared between the two countries, where it was found that among the English sample, females were less likely to see the future benefits of higher education than their male counterparts. These findings will be of particular interest to those providing products and courses in the personal finance sector.