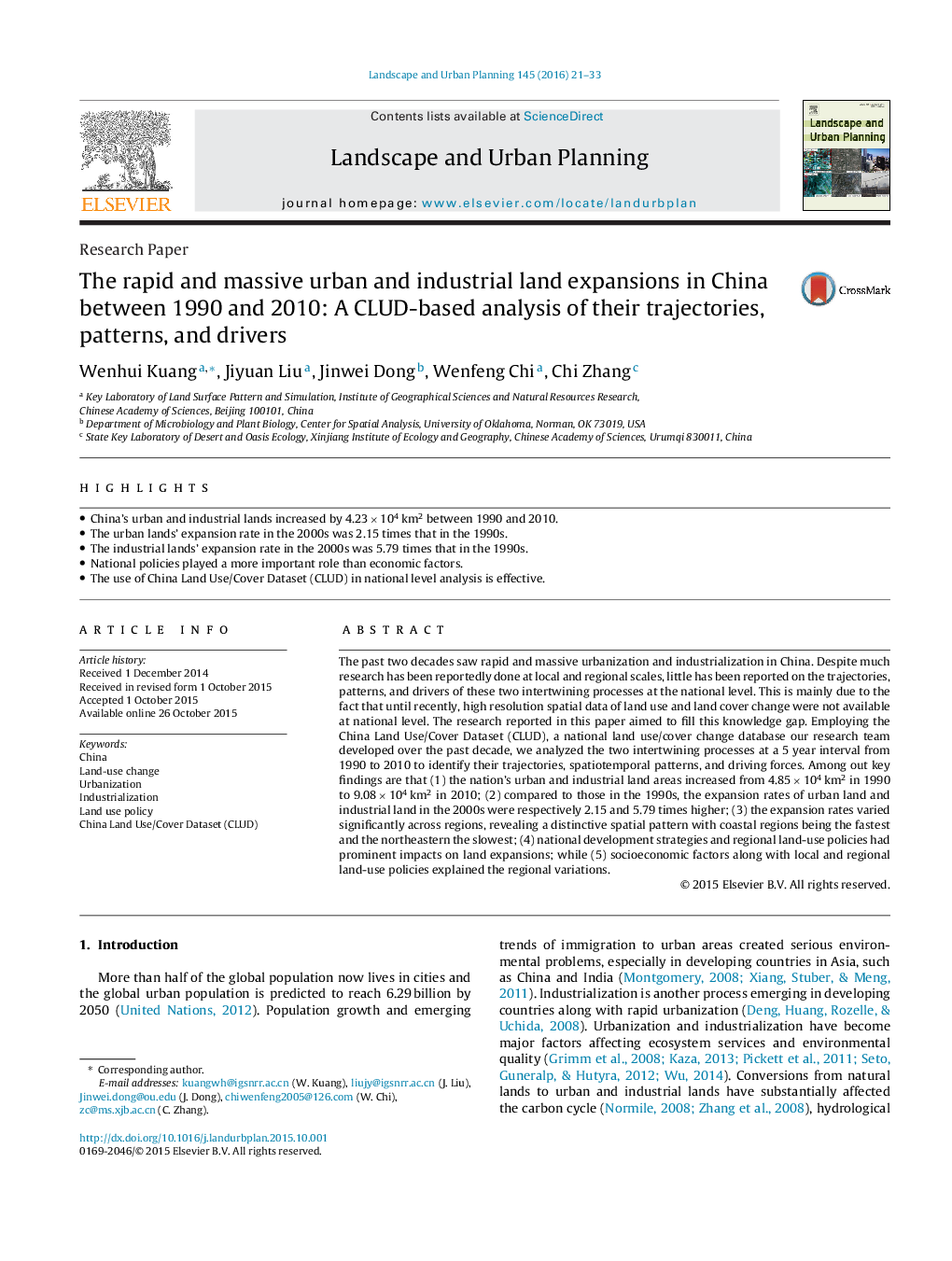 The past two decades saw rapid and massive urbanization and industrialization in China. Despite much research has been reportedly done at local and regional scales, little has been reported on the trajectories, patterns, and drivers of these two intertwining processes at the national level. This is mainly due to the fact that until recently, high resolution spatial data of land use and land cover change were not available at national level. The research reported in this paper aimed to fill this knowledge gap. Employing the China Land Use/Cover Dataset (CLUD), a national land use/cover change database our research team developed over the past decade, we analyzed the two intertwining processes at a 5 year interval from 1990 to 2010 to identify their trajectories, spatiotemporal patterns, and driving forces. Among out key findings are that (1) the nation's urban and industrial land areas increased from 4.85 × 104 km2 in 1990 to 9.08 × 104 km2 in 2010; (2) compared to those in the 1990s, the expansion rates of urban land and industrial land in the 2000s were respectively 2.15 and 5.79 times higher; (3) the expansion rates varied significantly across regions, revealing a distinctive spatial pattern with coastal regions being the fastest and the northeastern the slowest; (4) national development strategies and regional land-use policies had prominent impacts on land expansions; while (5) socioeconomic factors along with local and regional land-use policies explained the regional variations.