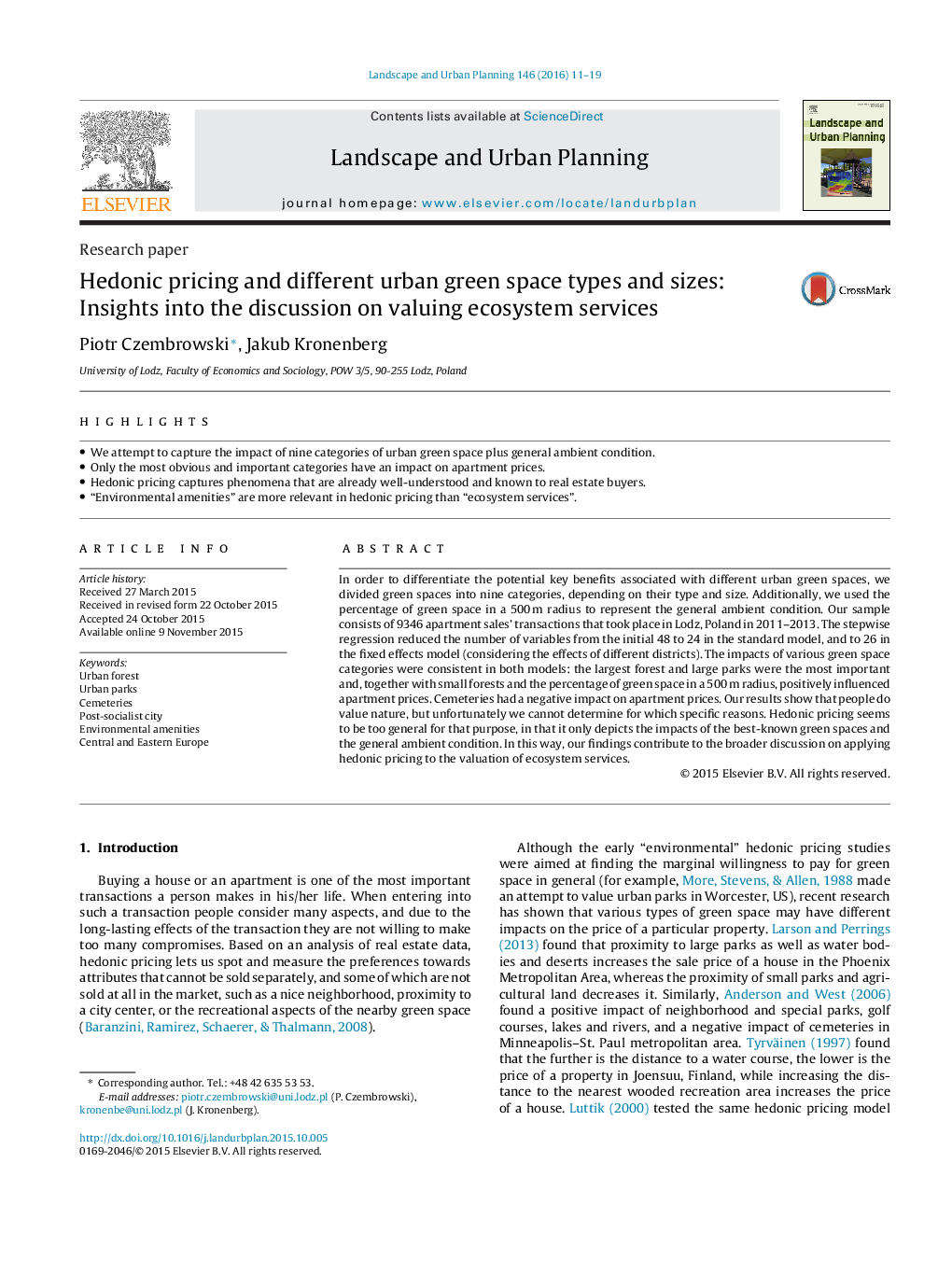 • We attempt to capture the impact of nine categories of urban green space plus general ambient condition.
• Only the most obvious and important categories have an impact on apartment prices.
• Hedonic pricing captures phenomena that are already well-understood and known to real estate buyers.
• “Environmental amenities” are more relevant in hedonic pricing than “ecosystem services”.

In order to differentiate the potential key benefits associated with different urban green spaces, we divided green spaces into nine categories, depending on their type and size. Additionally, we used the percentage of green space in a 500 m radius to represent the general ambient condition. Our sample consists of 9346 apartment sales' transactions that took place in Lodz, Poland in 2011–2013. The stepwise regression reduced the number of variables from the initial 48 to 24 in the standard model, and to 26 in the fixed effects model (considering the effects of different districts). The impacts of various green space categories were consistent in both models: the largest forest and large parks were the most important and, together with small forests and the percentage of green space in a 500 m radius, positively influenced apartment prices. Cemeteries had a negative impact on apartment prices. Our results show that people do value nature, but unfortunately we cannot determine for which specific reasons. Hedonic pricing seems to be too general for that purpose, in that it only depicts the impacts of the best-known green spaces and the general ambient condition. In this way, our findings contribute to the broader discussion on applying hedonic pricing to the valuation of ecosystem services.