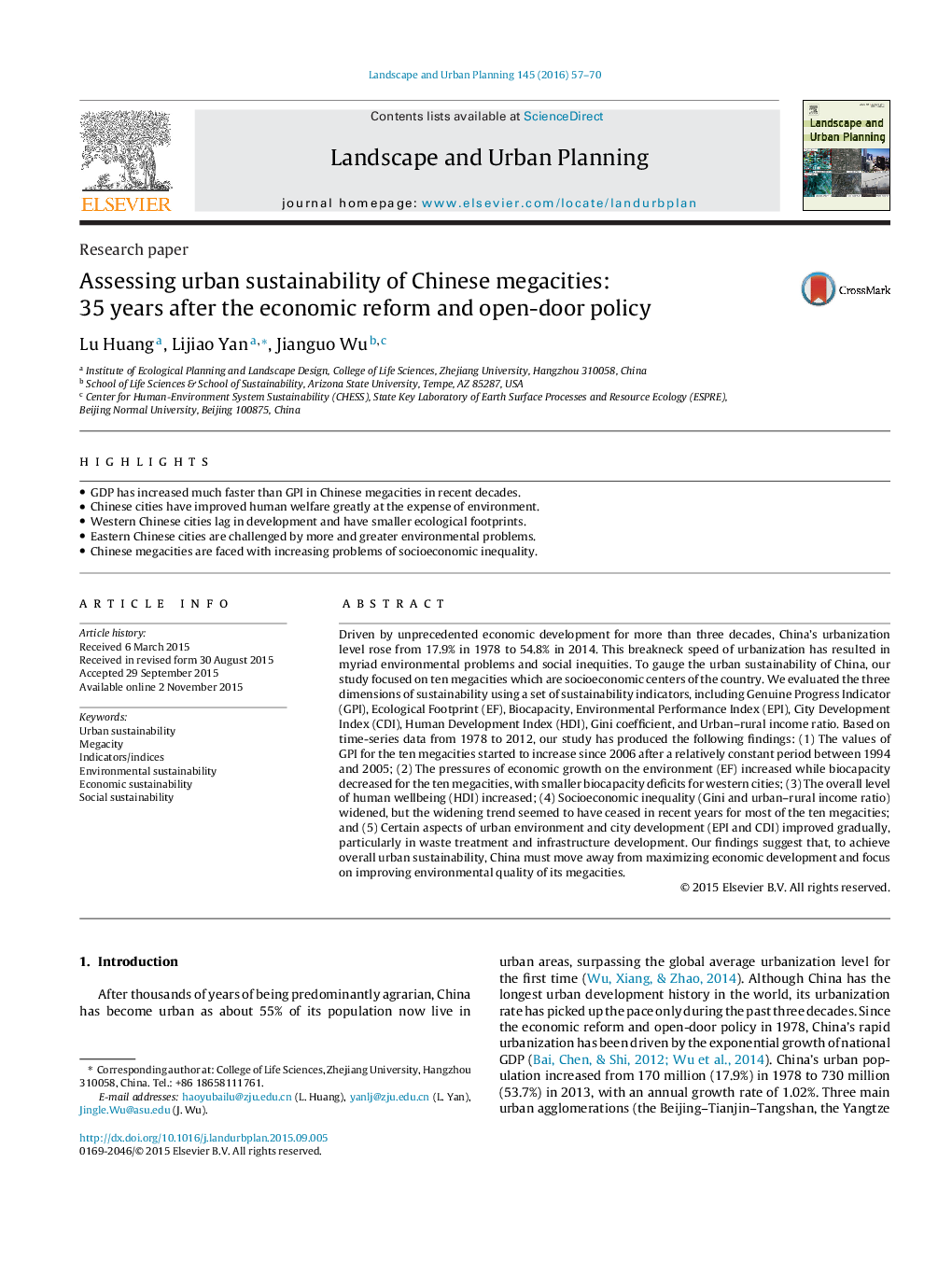 Driven by unprecedented economic development for more than three decades, China's urbanization level rose from 17.9% in 1978 to 54.8% in 2014. This breakneck speed of urbanization has resulted in myriad environmental problems and social inequities. To gauge the urban sustainability of China, our study focused on ten megacities which are socioeconomic centers of the country. We evaluated the three dimensions of sustainability using a set of sustainability indicators, including Genuine Progress Indicator (GPI), Ecological Footprint (EF), Biocapacity, Environmental Performance Index (EPI), City Development Index (CDI), Human Development Index (HDI), Gini coefficient, and Urban–rural income ratio. Based on time-series data from 1978 to 2012, our study has produced the following findings: (1) The values of GPI for the ten megacities started to increase since 2006 after a relatively constant period between 1994 and 2005; (2) The pressures of economic growth on the environment (EF) increased while biocapacity decreased for the ten megacities, with smaller biocapacity deficits for western cities; (3) The overall level of human wellbeing (HDI) increased; (4) Socioeconomic inequality (Gini and urban–rural income ratio) widened, but the widening trend seemed to have ceased in recent years for most of the ten megacities; and (5) Certain aspects of urban environment and city development (EPI and CDI) improved gradually, particularly in waste treatment and infrastructure development. Our findings suggest that, to achieve overall urban sustainability, China must move away from maximizing economic development and focus on improving environmental quality of its megacities.