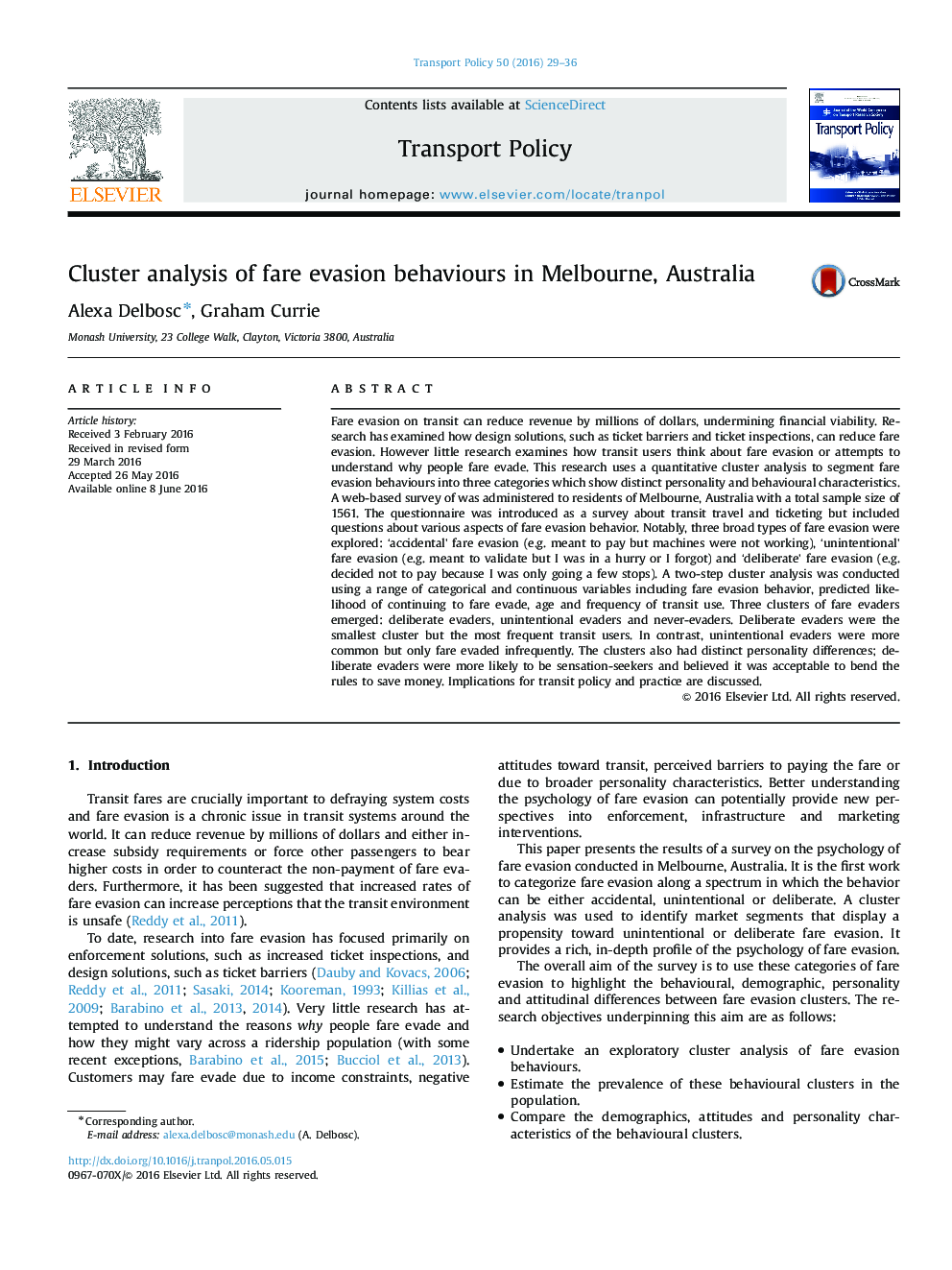 Fare evasion on transit can reduce revenue by millions of dollars, undermining financial viability. Research has examined how design solutions, such as ticket barriers and ticket inspections, can reduce fare evasion. However little research examines how transit users think about fare evasion or attempts to understand why people fare evade. This research uses a quantitative cluster analysis to segment fare evasion behaviours into three categories which show distinct personality and behavioural characteristics. A web-based survey of was administered to residents of Melbourne, Australia with a total sample size of 1561. The questionnaire was introduced as a survey about transit travel and ticketing but included questions about various aspects of fare evasion behavior. Notably, three broad types of fare evasion were explored: ‘accidental’ fare evasion (e.g. meant to pay but machines were not working), ‘unintentional’ fare evasion (e.g. meant to validate but I was in a hurry or I forgot) and ‘deliberate’ fare evasion (e.g. decided not to pay because I was only going a few stops). A two-step cluster analysis was conducted using a range of categorical and continuous variables including fare evasion behavior, predicted likelihood of continuing to fare evade, age and frequency of transit use. Three clusters of fare evaders emerged: deliberate evaders, unintentional evaders and never-evaders. Deliberate evaders were the smallest cluster but the most frequent transit users. In contrast, unintentional evaders were more common but only fare evaded infrequently. The clusters also had distinct personality differences; deliberate evaders were more likely to be sensation-seekers and believed it was acceptable to bend the rules to save money. Implications for transit policy and practice are discussed.