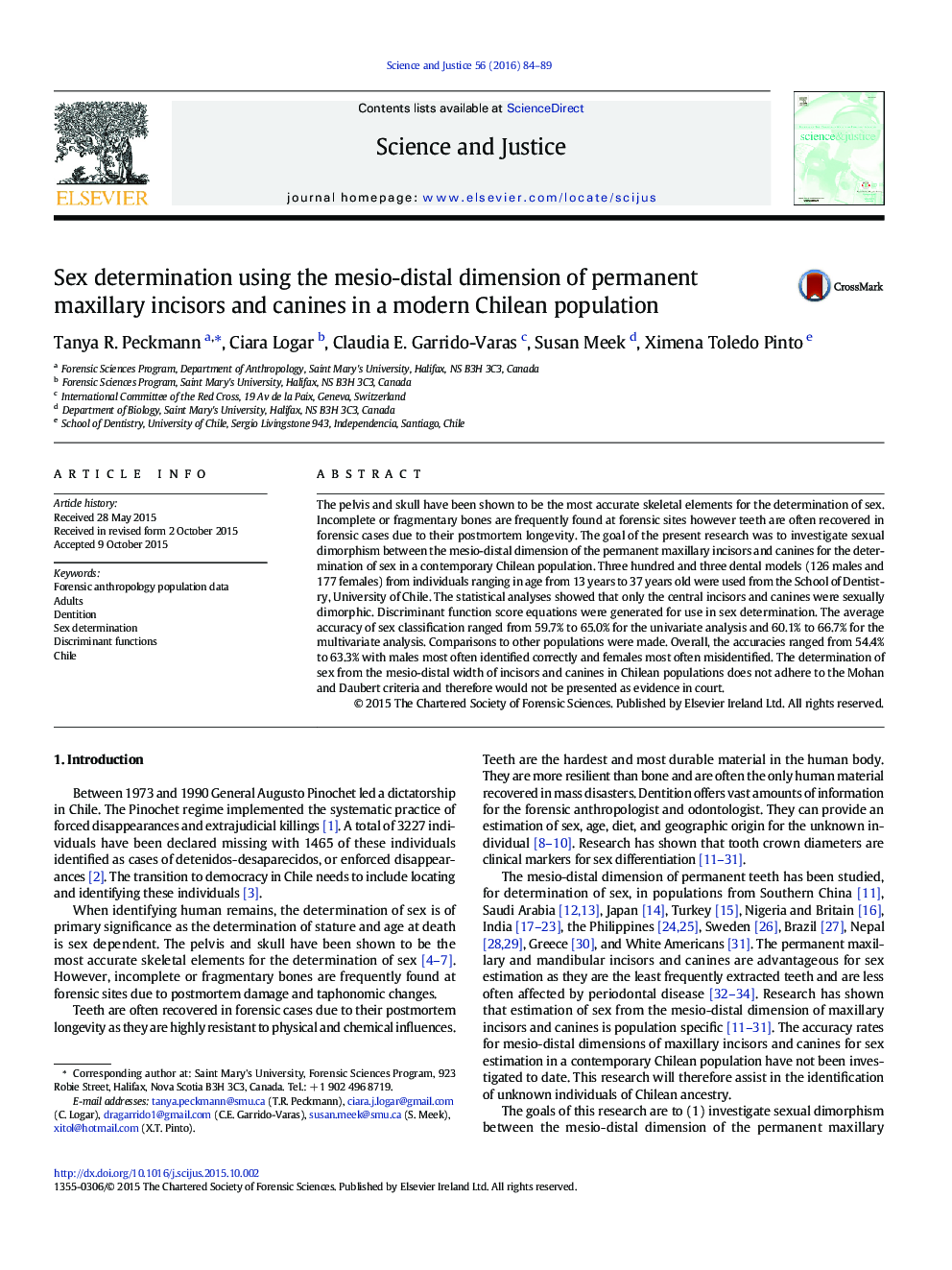 • The Chilean incisors and canines do not adhere to the Mohan and Daubert criteria.
• Discriminant function score equations were generated for use in sex determination.
• Accuracy of sex classification ranged between 59.7% and 66.7%.
• Comparisons to other populations show sex determination ranges from 54.4% to 63.3%.

The pelvis and skull have been shown to be the most accurate skeletal elements for the determination of sex. Incomplete or fragmentary bones are frequently found at forensic sites however teeth are often recovered in forensic cases due to their postmortem longevity. The goal of the present research was to investigate sexual dimorphism between the mesio-distal dimension of the permanent maxillary incisors and canines for the determination of sex in a contemporary Chilean population. Three hundred and three dental models (126 males and 177 females) from individuals ranging in age from 13 years to 37 years old were used from the School of Dentistry, University of Chile. The statistical analyses showed that only the central incisors and canines were sexually dimorphic. Discriminant function score equations were generated for use in sex determination. The average accuracy of sex classification ranged from 59.7% to 65.0% for the univariate analysis and 60.1% to 66.7% for the multivariate analysis. Comparisons to other populations were made. Overall, the accuracies ranged from 54.4% to 63.3% with males most often identified correctly and females most often misidentified. The determination of sex from the mesio-distal width of incisors and canines in Chilean populations does not adhere to the Mohan and Daubert criteria and therefore would not be presented as evidence in court.