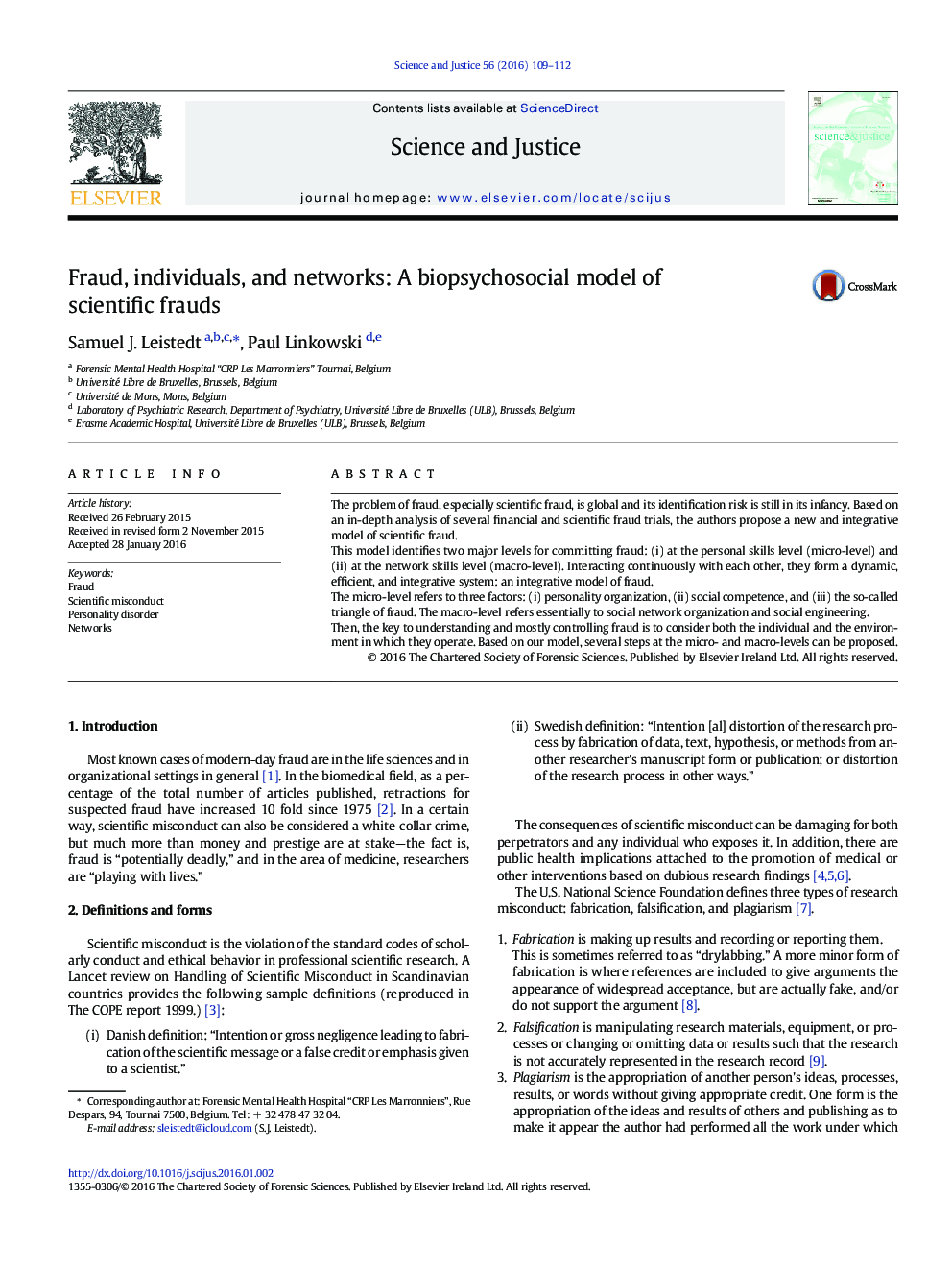 The problem of fraud, especially scientific fraud, is global and its identification risk is still in its infancy. Based on an in-depth analysis of several financial and scientific fraud trials, the authors propose a new and integrative model of scientific fraud.This model identifies two major levels for committing fraud: (i) at the personal skills level (micro-level) and (ii) at the network skills level (macro-level). Interacting continuously with each other, they form a dynamic, efficient, and integrative system: an integrative model of fraud.The micro-level refers to three factors: (i) personality organization, (ii) social competence, and (iii) the so-called triangle of fraud. The macro-level refers essentially to social network organization and social engineering.Then, the key to understanding and mostly controlling fraud is to consider both the individual and the environment in which they operate. Based on our model, several steps at the micro- and macro-levels can be proposed.