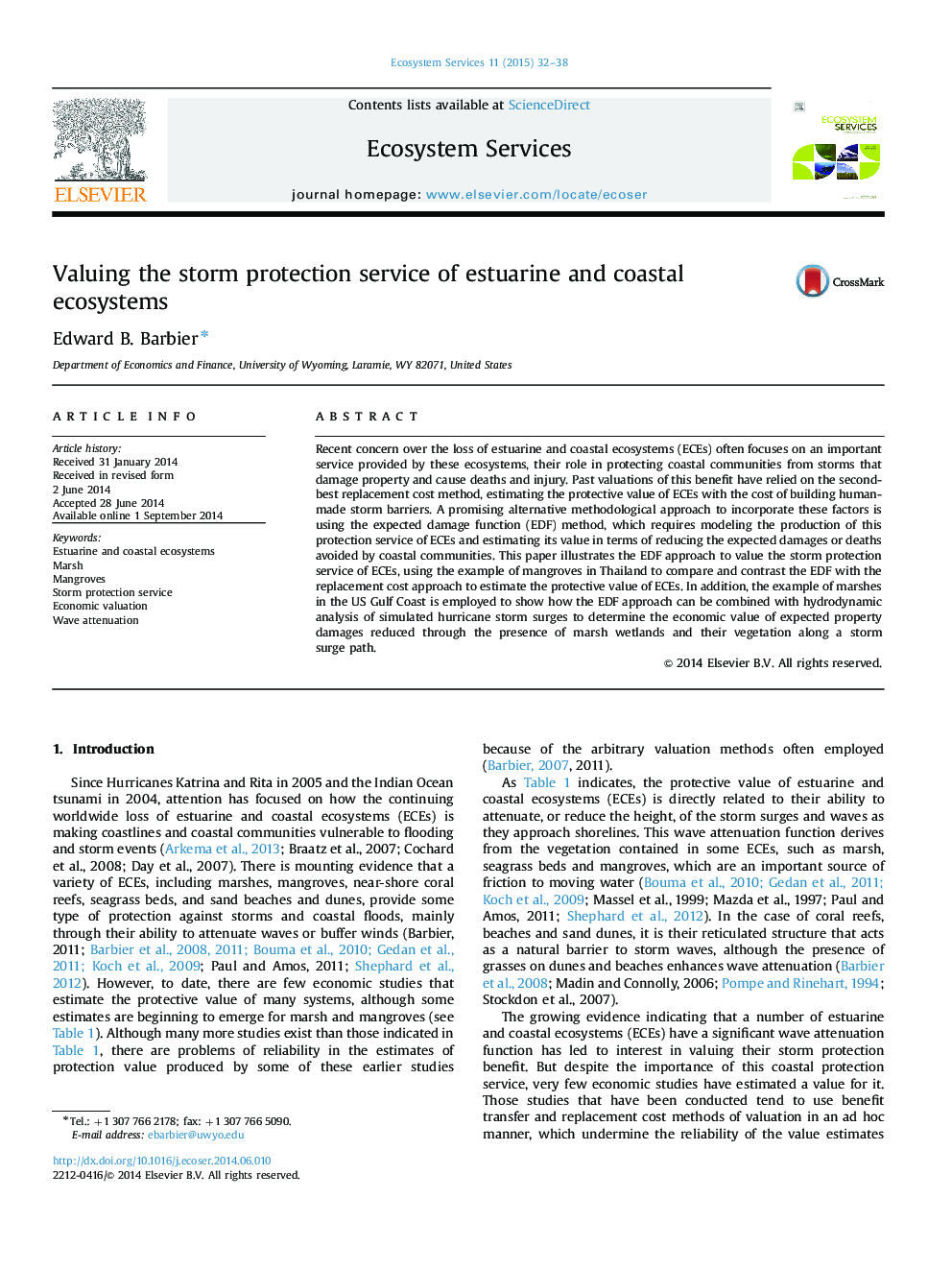 • Estuarine and coastal ecosystems (ECEs) are valued for reducing storm damages, deaths and injuries.
• Various approaches to estimate the protective value of ECEs are discussed and contrasted.
• The examples of mangroves in Thailand and marshes in the US Gulf Coast are employed as illustrations.
• Further progress must address ECE habitat connectivity, and spatial and temporal variability.

Recent concern over the loss of estuarine and coastal ecosystems (ECEs) often focuses on an important service provided by these ecosystems, their role in protecting coastal communities from storms that damage property and cause deaths and injury. Past valuations of this benefit have relied on the second-best replacement cost method, estimating the protective value of ECEs with the cost of building human-made storm barriers. A promising alternative methodological approach to incorporate these factors is using the expected damage function (EDF) method, which requires modeling the production of this protection service of ECEs and estimating its value in terms of reducing the expected damages or deaths avoided by coastal communities. This paper illustrates the EDF approach to value the storm protection service of ECEs, using the example of mangroves in Thailand to compare and contrast the EDF with the replacement cost approach to estimate the protective value of ECEs. In addition, the example of marshes in the US Gulf Coast is employed to show how the EDF approach can be combined with hydrodynamic analysis of simulated hurricane storm surges to determine the economic value of expected property damages reduced through the presence of marsh wetlands and their vegetation along a storm surge path.