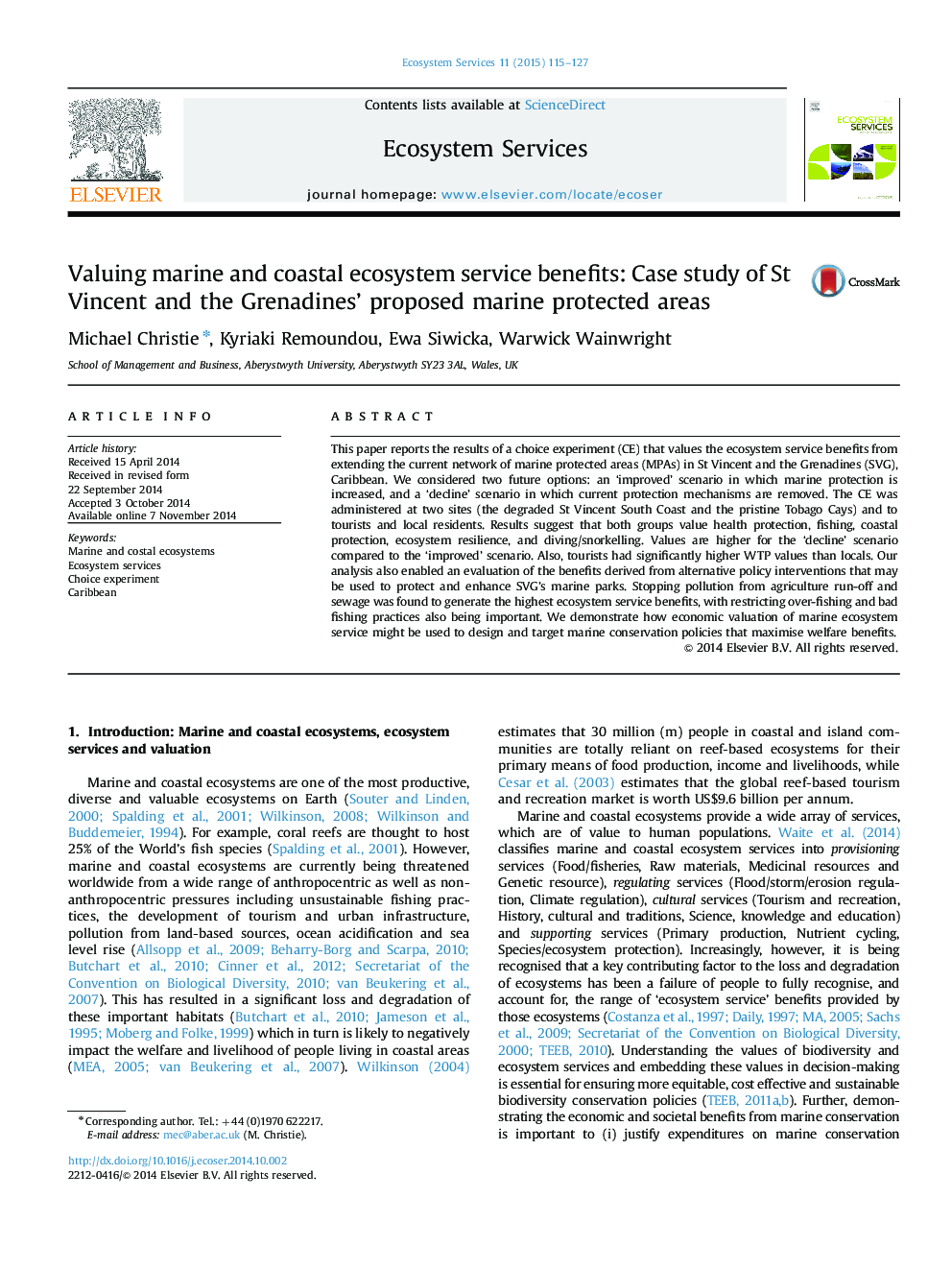 • We implemented a choice experiment to value the benefits derived from two marine protected areas in the Caribbean.
• The survey was administered to locals and tourists.
• Tourists generally had higher values for marine ecosystem services than locals.
• Willingness to pay to protect against future deterioration was higher than for improving the delivery of ecosystem services.

This paper reports the results of a choice experiment (CE) that values the ecosystem service benefits from extending the current network of marine protected areas (MPAs) in St Vincent and the Grenadines (SVG), Caribbean. We considered two future options: an ‘improved’ scenario in which marine protection is increased, and a ‘decline’ scenario in which current protection mechanisms are removed. The CE was administered at two sites (the degraded St Vincent South Coast and the pristine Tobago Cays) and to tourists and local residents. Results suggest that both groups value health protection, fishing, coastal protection, ecosystem resilience, and diving/snorkelling. Values are higher for the ‘decline’ scenario compared to the ‘improved’ scenario. Also, tourists had significantly higher WTP values than locals. Our analysis also enabled an evaluation of the benefits derived from alternative policy interventions that may be used to protect and enhance SVG’s marine parks. Stopping pollution from agriculture run-off and sewage was found to generate the highest ecosystem service benefits, with restricting over-fishing and bad fishing practices also being important. We demonstrate how economic valuation of marine ecosystem service might be used to design and target marine conservation policies that maximise welfare benefits.