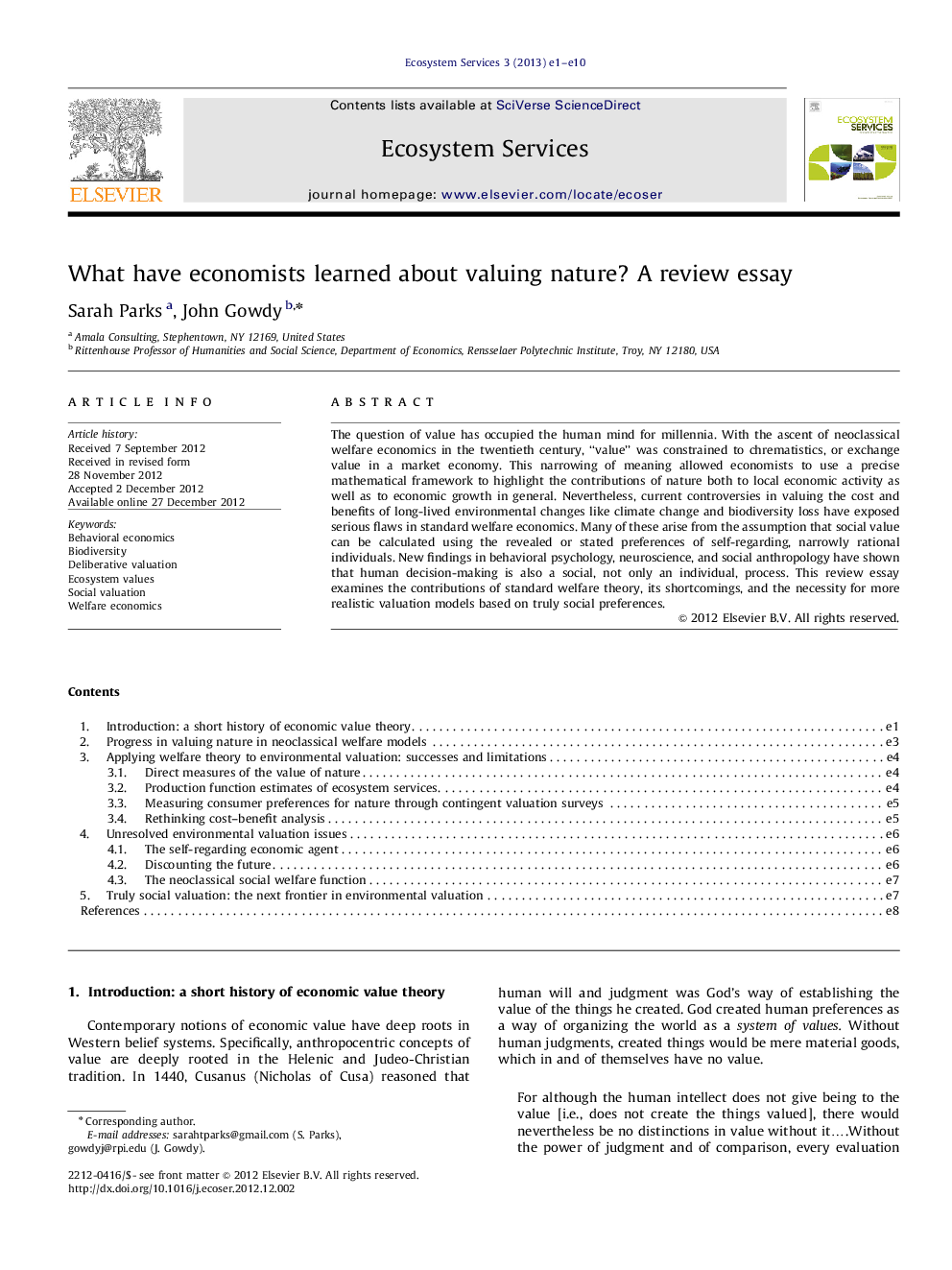 The question of value has occupied the human mind for millennia. With the ascent of neoclassical welfare economics in the twentieth century, “value” was constrained to chrematistics, or exchange value in a market economy. This narrowing of meaning allowed economists to use a precise mathematical framework to highlight the contributions of nature both to local economic activity as well as to economic growth in general. Nevertheless, current controversies in valuing the cost and benefits of long-lived environmental changes like climate change and biodiversity loss have exposed serious flaws in standard welfare economics. Many of these arise from the assumption that social value can be calculated using the revealed or stated preferences of self-regarding, narrowly rational individuals. New findings in behavioral psychology, neuroscience, and social anthropology have shown that human decision-making is also a social, not only an individual, process. This review essay examines the contributions of standard welfare theory, its shortcomings, and the necessity for more realistic valuation models based on truly social preferences.

► The concept of value has been severely restricted to “chromatics” or value in exchange.
► Current debates about valuing biodiversity and climate change have uncovered flaws in the standard economic approach.
► Many shortcomings of the standard model arise from the assumption that human preferences are self-regarding.
► Science of ecosystem survey moved sketch on insight from behavioral economics, evolutionary psychology and social anthropology.