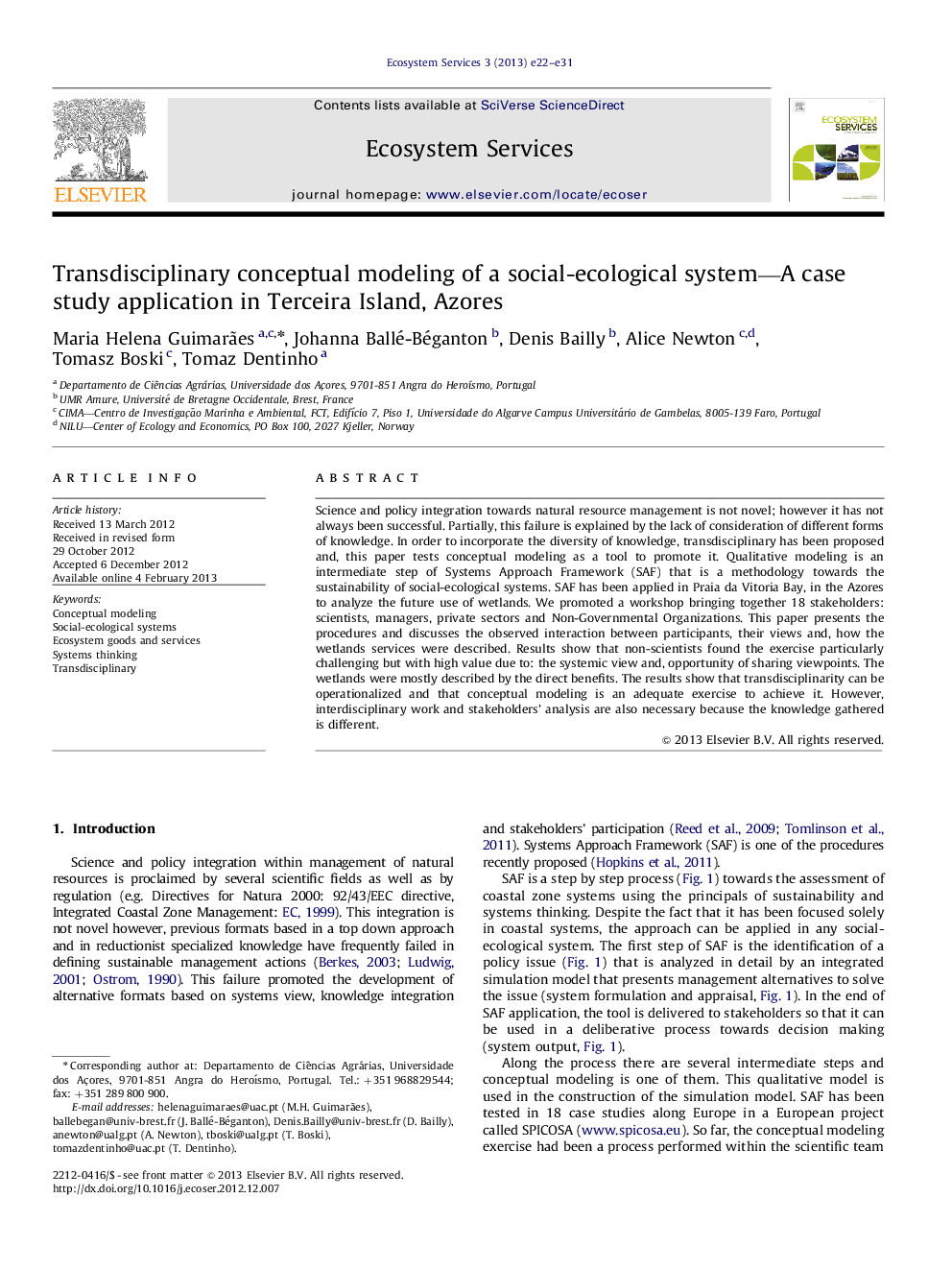 Science and policy integration towards natural resource management is not novel; however it has not always been successful. Partially, this failure is explained by the lack of consideration of different forms of knowledge. In order to incorporate the diversity of knowledge, transdisciplinary has been proposed and, this paper tests conceptual modeling as a tool to promote it. Qualitative modeling is an intermediate step of Systems Approach Framework (SAF) that is a methodology towards the sustainability of social-ecological systems. SAF has been applied in Praia da Vitoria Bay, in the Azores to analyze the future use of wetlands. We promoted a workshop bringing together 18 stakeholders: scientists, managers, private sectors and Non-Governmental Organizations. This paper presents the procedures and discusses the observed interaction between participants, their views and, how the wetlands services were described. Results show that non-scientists found the exercise particularly challenging but with high value due to: the systemic view and, opportunity of sharing viewpoints. The wetlands were mostly described by the direct benefits. The results show that transdisciplinarity can be operationalized and that conceptual modeling is an adequate exercise to achieve it. However, interdisciplinary work and stakeholders' analysis are also necessary because the knowledge gathered is different.

► We applied a conceptual modeling procedure in a transdisciplinary setting towards sustainable management of wetlands.
► We examined the capacity for scientist and non-scientist to work together in defining a consensual vision of the social-ecological system in analysis.
► We found that the procedure is appropriate for the setting and highly valued by participants due to the inherent systems thinking and possibility to share visions.
► Wetlands have been described mainly by their direct recreational value.
► A transdisciplinary setting implies distinct challenges than in an interdisciplinary setting; hence, both interactions are relevant towards sustainability.