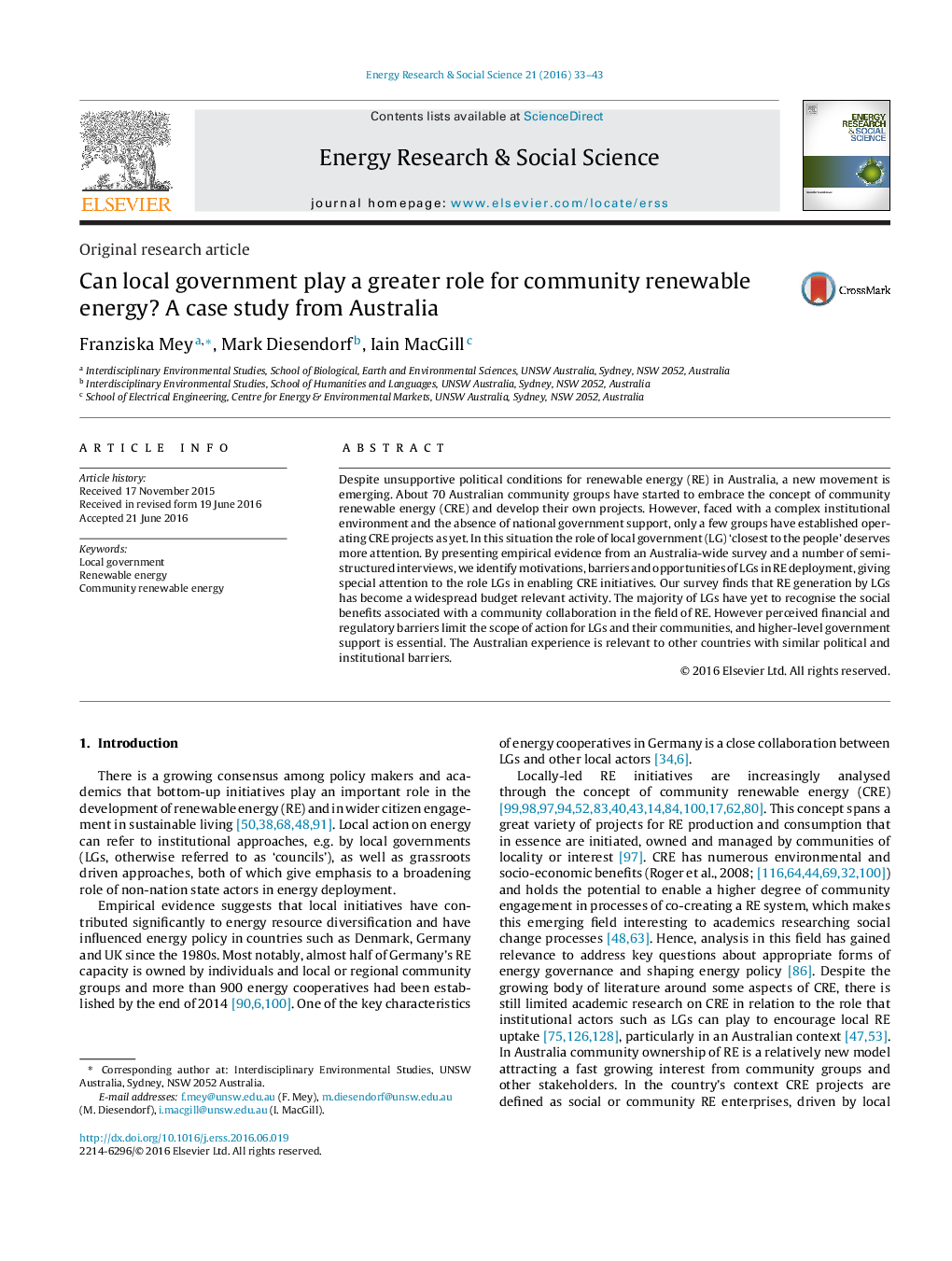 Despite unsupportive political conditions for renewable energy (RE) in Australia, a new movement is emerging. About 70 Australian community groups have started to embrace the concept of community renewable energy (CRE) and develop their own projects. However, faced with a complex institutional environment and the absence of national government support, only a few groups have established operating CRE projects as yet. In this situation the role of local government (LG) ‘closest to the people’ deserves more attention. By presenting empirical evidence from an Australia-wide survey and a number of semi-structured interviews, we identify motivations, barriers and opportunities of LGs in RE deployment, giving special attention to the role LGs in enabling CRE initiatives. Our survey finds that RE generation by LGs has become a widespread budget relevant activity. The majority of LGs have yet to recognise the social benefits associated with a community collaboration in the field of RE. However perceived financial and regulatory barriers limit the scope of action for LGs and their communities, and higher-level government support is essential. The Australian experience is relevant to other countries with similar political and institutional barriers.