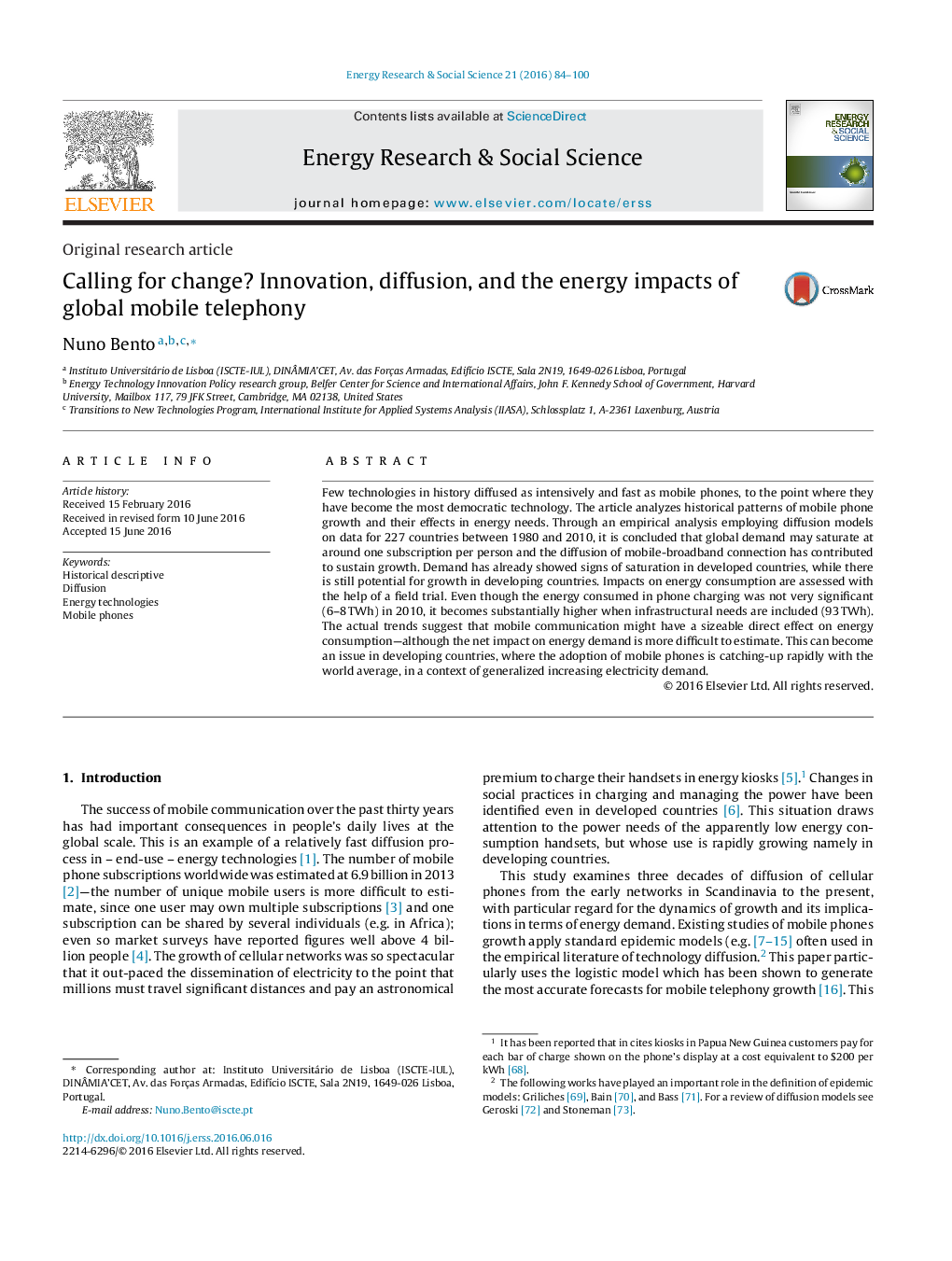 Few technologies in history diffused as intensively and fast as mobile phones, to the point where they have become the most democratic technology. The article analyzes historical patterns of mobile phone growth and their effects in energy needs. Through an empirical analysis employing diffusion models on data for 227 countries between 1980 and 2010, it is concluded that global demand may saturate at around one subscription per person and the diffusion of mobile-broadband connection has contributed to sustain growth. Demand has already showed signs of saturation in developed countries, while there is still potential for growth in developing countries. Impacts on energy consumption are assessed with the help of a field trial. Even though the energy consumed in phone charging was not very significant (6–8 TWh) in 2010, it becomes substantially higher when infrastructural needs are included (93 TWh). The actual trends suggest that mobile communication might have a sizeable direct effect on energy consumption—although the net impact on energy demand is more difficult to estimate. This can become an issue in developing countries, where the adoption of mobile phones is catching-up rapidly with the world average, in a context of generalized increasing electricity demand.