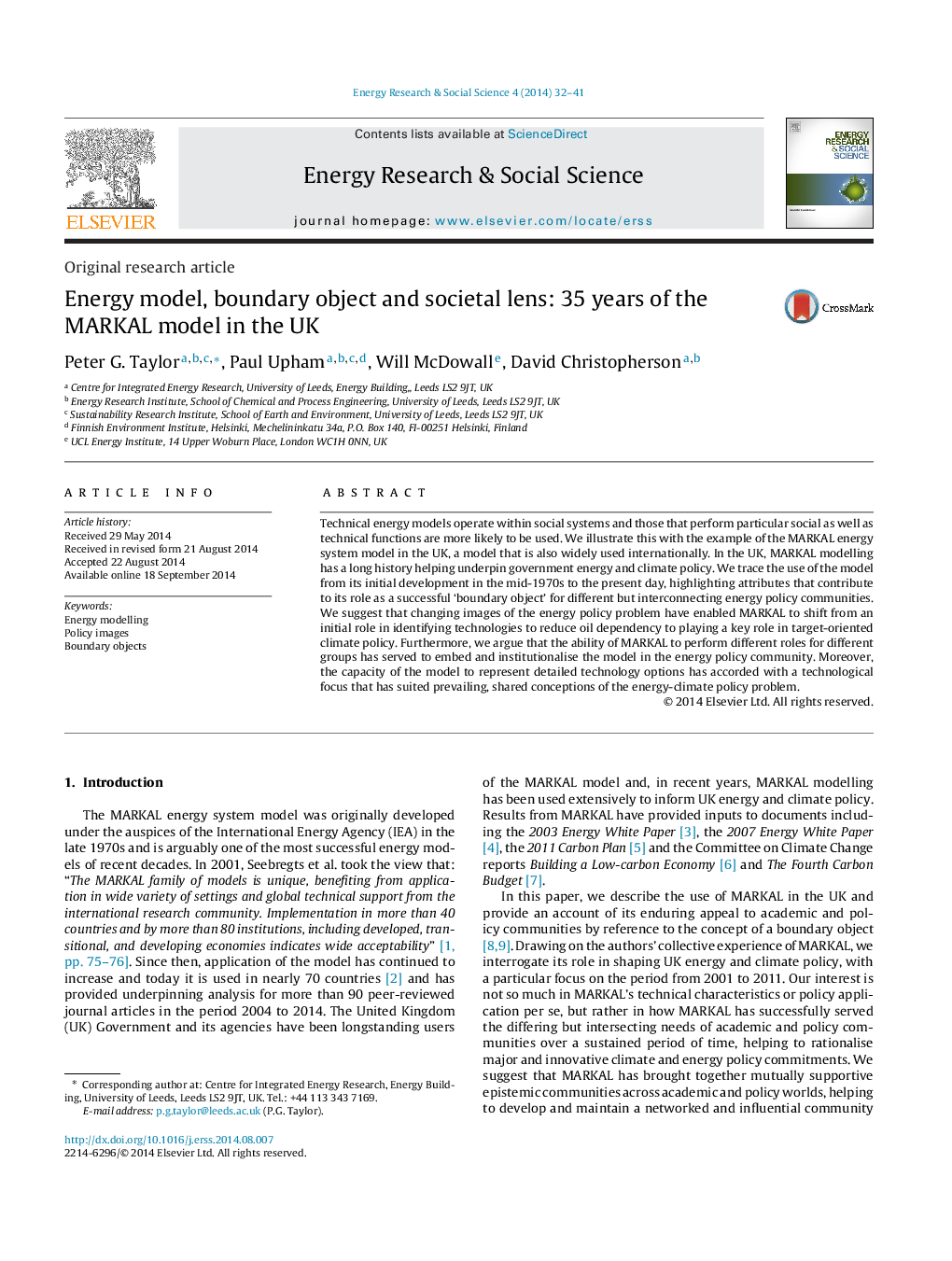 Technical energy models operate within social systems and those that perform particular social as well as technical functions are more likely to be used. We illustrate this with the example of the MARKAL energy system model in the UK, a model that is also widely used internationally. In the UK, MARKAL modelling has a long history helping underpin government energy and climate policy. We trace the use of the model from its initial development in the mid-1970s to the present day, highlighting attributes that contribute to its role as a successful ‘boundary object’ for different but interconnecting energy policy communities. We suggest that changing images of the energy policy problem have enabled MARKAL to shift from an initial role in identifying technologies to reduce oil dependency to playing a key role in target-oriented climate policy. Furthermore, we argue that the ability of MARKAL to perform different roles for different groups has served to embed and institutionalise the model in the energy policy community. Moreover, the capacity of the model to represent detailed technology options has accorded with a technological focus that has suited prevailing, shared conceptions of the energy-climate policy problem.