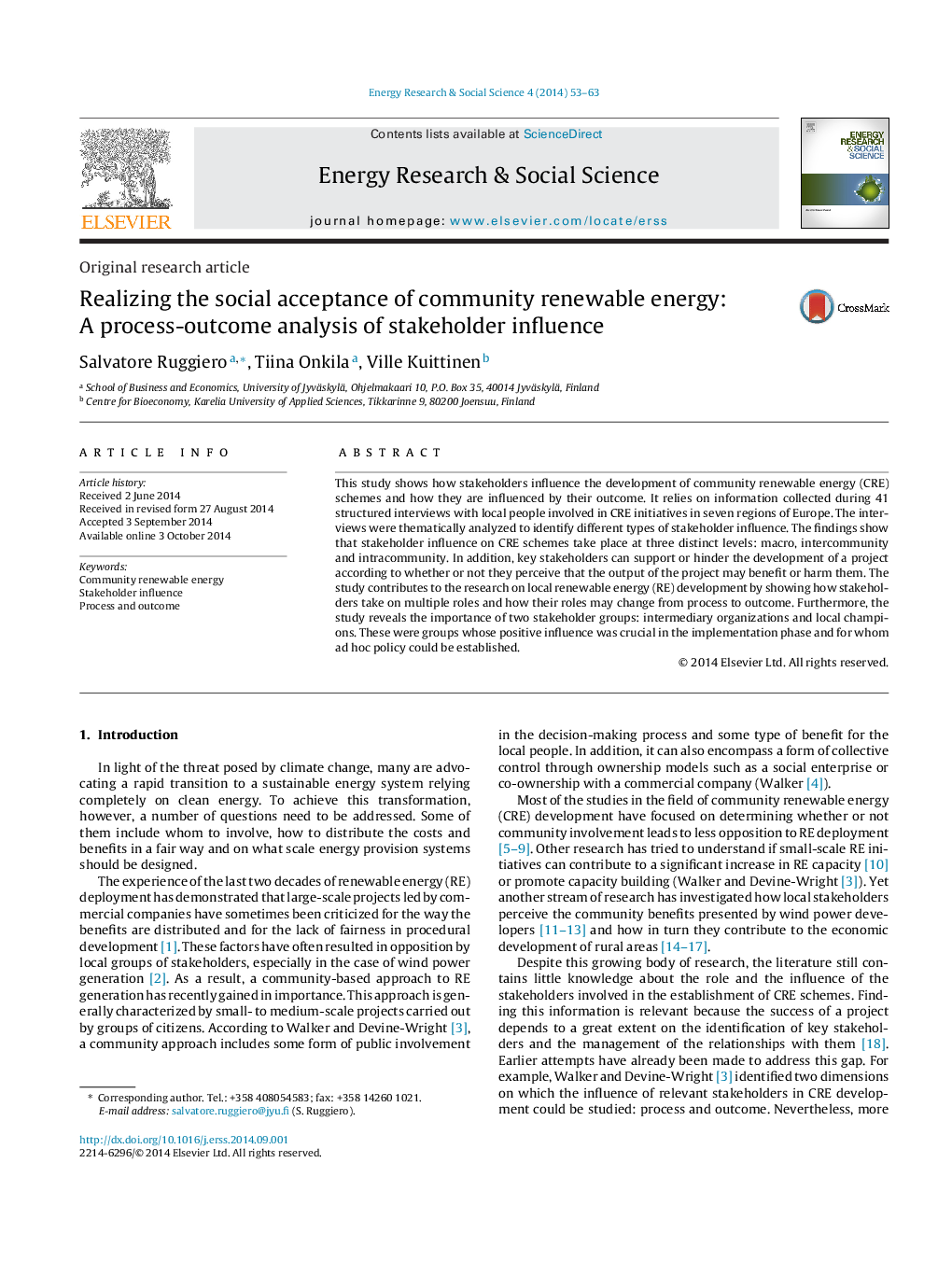 This study shows how stakeholders influence the development of community renewable energy (CRE) schemes and how they are influenced by their outcome. It relies on information collected during 41 structured interviews with local people involved in CRE initiatives in seven regions of Europe. The interviews were thematically analyzed to identify different types of stakeholder influence. The findings show that stakeholder influence on CRE schemes take place at three distinct levels: macro, intercommunity and intracommunity. In addition, key stakeholders can support or hinder the development of a project according to whether or not they perceive that the output of the project may benefit or harm them. The study contributes to the research on local renewable energy (RE) development by showing how stakeholders take on multiple roles and how their roles may change from process to outcome. Furthermore, the study reveals the importance of two stakeholder groups: intermediary organizations and local champions. These were groups whose positive influence was crucial in the implementation phase and for whom ad hoc policy could be established.