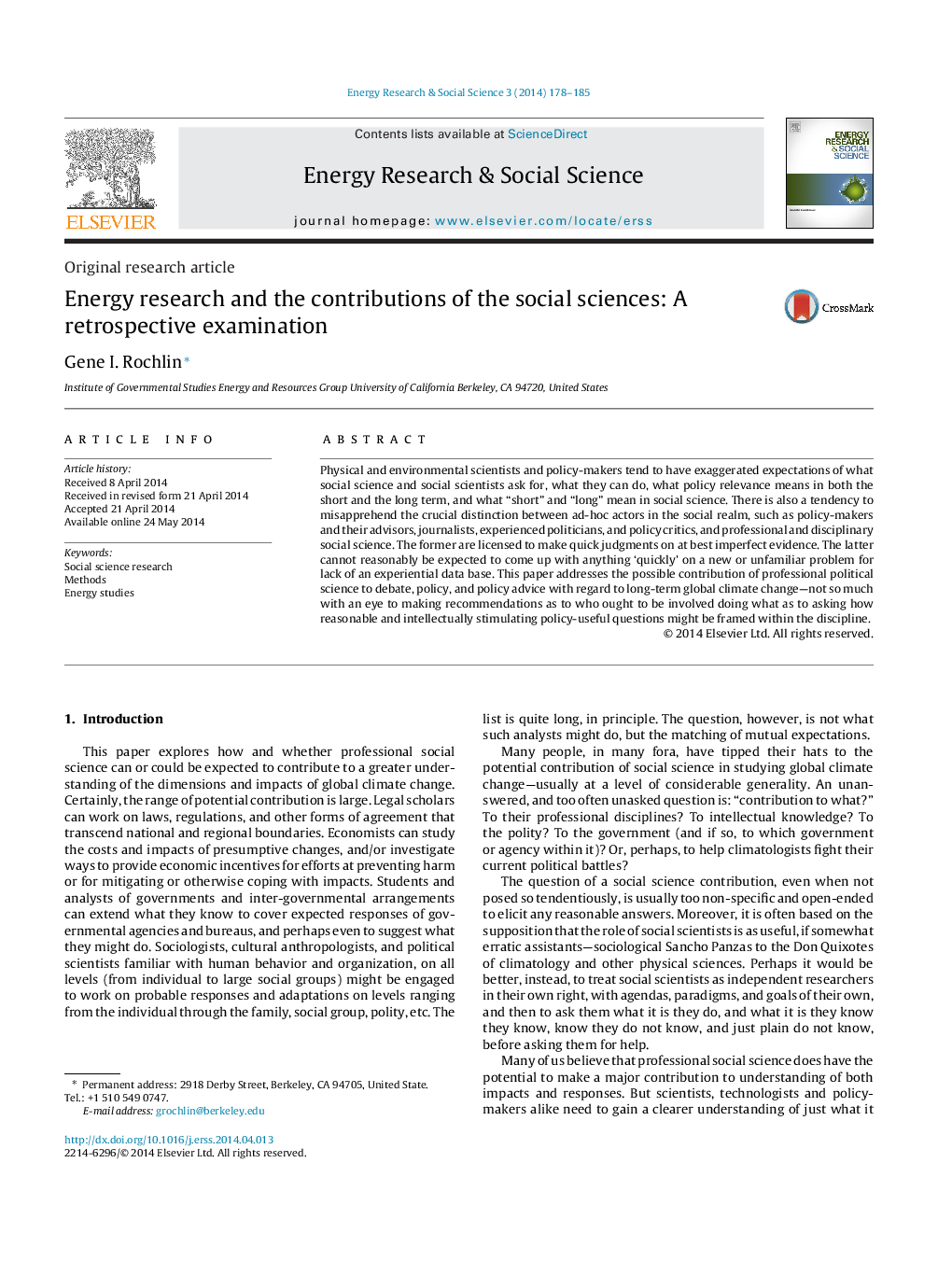 Physical and environmental scientists and policy-makers tend to have exaggerated expectations of what social science and social scientists ask for, what they can do, what policy relevance means in both the short and the long term, and what “short” and “long” mean in social science. There is also a tendency to misapprehend the crucial distinction between ad-hoc actors in the social realm, such as policy-makers and their advisors, journalists, experienced politicians, and policy critics, and professional and disciplinary social science. The former are licensed to make quick judgments on at best imperfect evidence. The latter cannot reasonably be expected to come up with anything ‘quickly’ on a new or unfamiliar problem for lack of an experiential data base. This paper addresses the possible contribution of professional political science to debate, policy, and policy advice with regard to long-term global climate change—not so much with an eye to making recommendations as to who ought to be involved doing what as to asking how reasonable and intellectually stimulating policy-useful questions might be framed within the discipline.