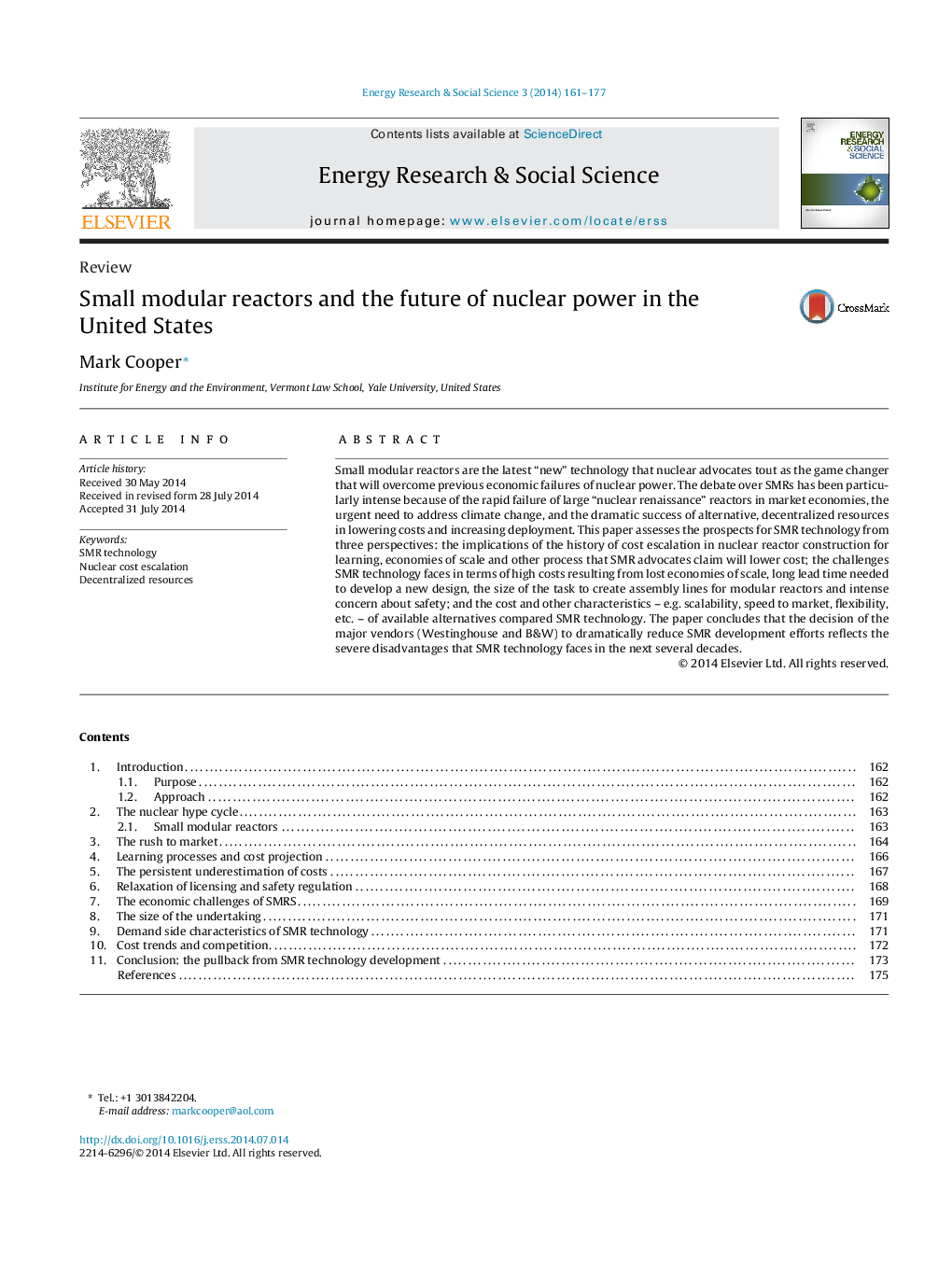 Small modular reactors are the latest “new” technology that nuclear advocates tout as the game changer that will overcome previous economic failures of nuclear power. The debate over SMRs has been particularly intense because of the rapid failure of large “nuclear renaissance” reactors in market economies, the urgent need to address climate change, and the dramatic success of alternative, decentralized resources in lowering costs and increasing deployment. This paper assesses the prospects for SMR technology from three perspectives: the implications of the history of cost escalation in nuclear reactor construction for learning, economies of scale and other process that SMR advocates claim will lower cost; the challenges SMR technology faces in terms of high costs resulting from lost economies of scale, long lead time needed to develop a new design, the size of the task to create assembly lines for modular reactors and intense concern about safety; and the cost and other characteristics – e.g. scalability, speed to market, flexibility, etc. – of available alternatives compared SMR technology. The paper concludes that the decision of the major vendors (Westinghouse and B&W) to dramatically reduce SMR development efforts reflects the severe disadvantages that SMR technology faces in the next several decades.