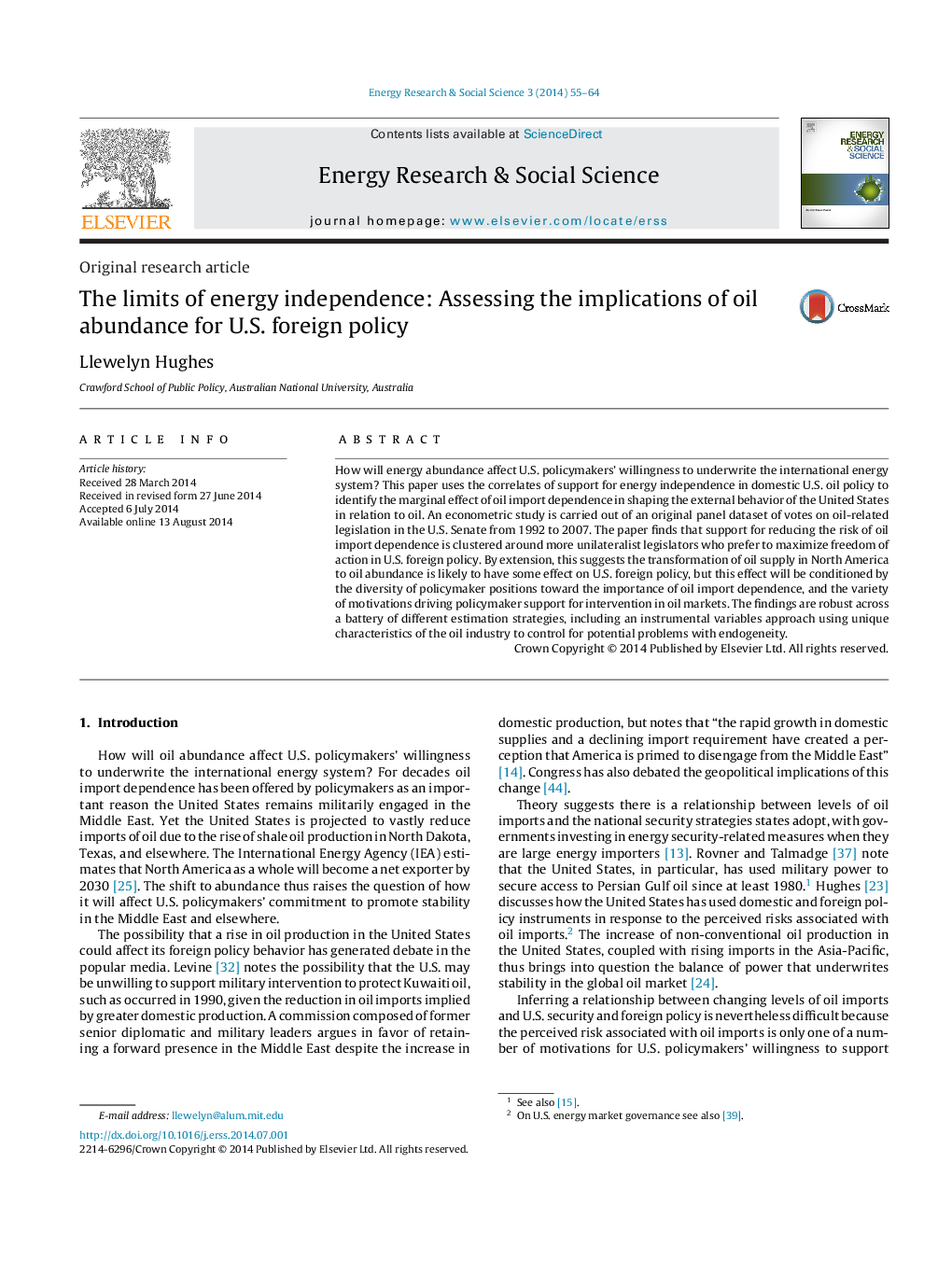 How will energy abundance affect U.S. policymakers’ willingness to underwrite the international energy system? This paper uses the correlates of support for energy independence in domestic U.S. oil policy to identify the marginal effect of oil import dependence in shaping the external behavior of the United States in relation to oil. An econometric study is carried out of an original panel dataset of votes on oil-related legislation in the U.S. Senate from 1992 to 2007. The paper finds that support for reducing the risk of oil import dependence is clustered around more unilateralist legislators who prefer to maximize freedom of action in U.S. foreign policy. By extension, this suggests the transformation of oil supply in North America to oil abundance is likely to have some effect on U.S. foreign policy, but this effect will be conditioned by the diversity of policymaker positions toward the importance of oil import dependence, and the variety of motivations driving policymaker support for intervention in oil markets. The findings are robust across a battery of different estimation strategies, including an instrumental variables approach using unique characteristics of the oil industry to control for potential problems with endogeneity.