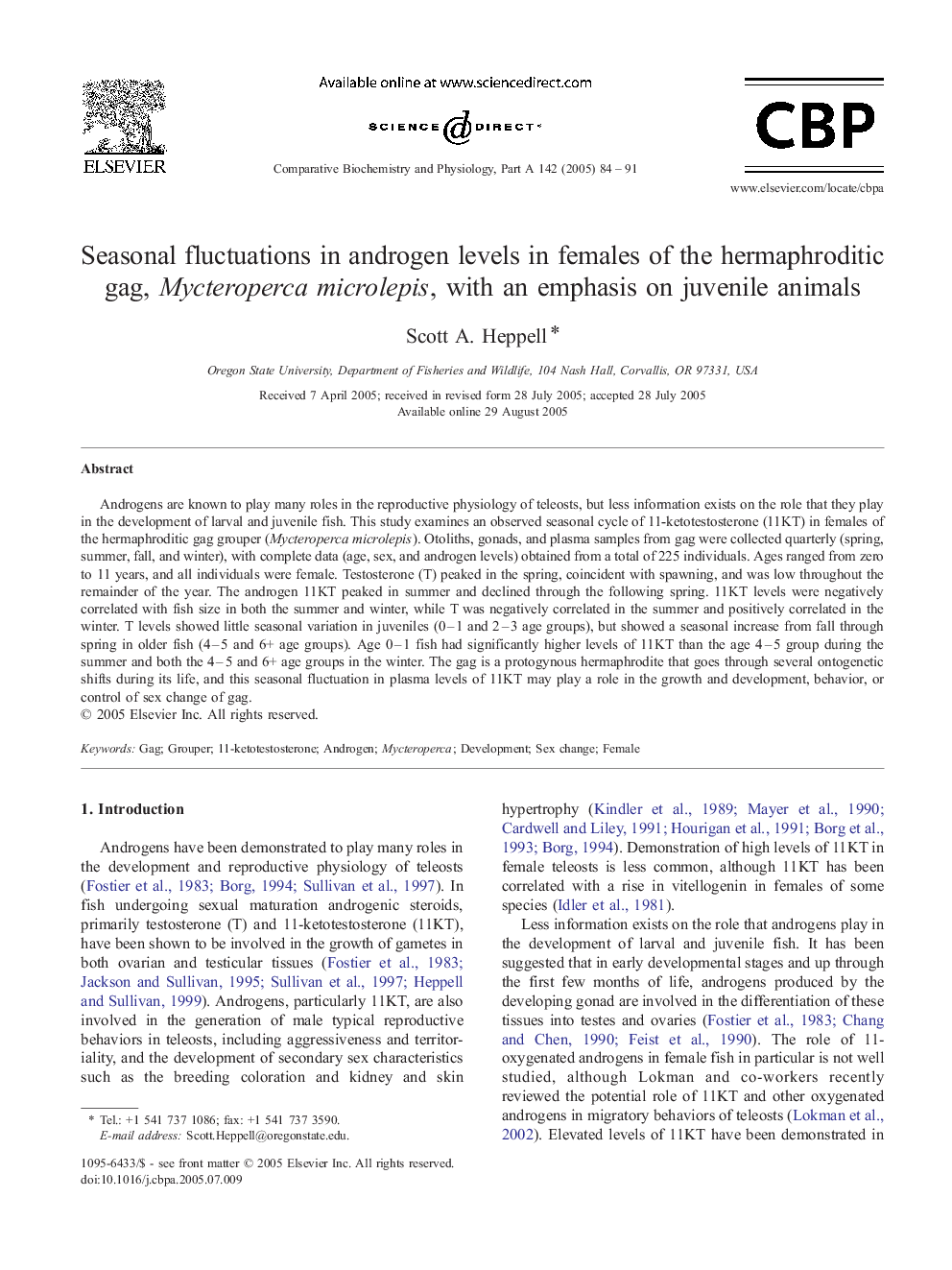 چکیده انگلیسی
Androgens are known to play many roles in the reproductive physiology of teleosts, but less information exists on the role that they play in the development of larval and juvenile fish. This study examines an observed seasonal cycle of 11-ketotestosterone (11KT) in females of the hermaphroditic gag grouper (Mycteroperca microlepis). Otoliths, gonads, and plasma samples from gag were collected quarterly (spring, summer, fall, and winter), with complete data (age, sex, and androgen levels) obtained from a total of 225 individuals. Ages ranged from zero to 11 years, and all individuals were female. Testosterone (T) peaked in the spring, coincident with spawning, and was low throughout the remainder of the year. The androgen 11KT peaked in summer and declined through the following spring. 11KT levels were negatively correlated with fish size in both the summer and winter, while T was negatively correlated in the summer and positively correlated in the winter. T levels showed little seasonal variation in juveniles (0-1 and 2-3 age groups), but showed a seasonal increase from fall through spring in older fish (4-5 and 6+ age groups). Age 0-1 fish had significantly higher levels of 11KT than the age 4-5 group during the summer and both the 4-5 and 6+ age groups in the winter. The gag is a protogynous hermaphrodite that goes through several ontogenetic shifts during its life, and this seasonal fluctuation in plasma levels of 11KT may play a role in the growth and development, behavior, or control of sex change of gag.
ناشر
Database: Elsevier - ScienceDirect (ساینس دایرکت)
Journal: Comparative Biochemistry and Physiology Part A: Molecular & Integrative Physiology - Volume 142, Issue 1, September 2005, Pages 84-91
نویسندگان
Scott A. Heppell,
دانلود مقاله + سفارش ترجمه
دانلود مقاله ISI انگلیسی
رایگان برای ایرانیان
سفارش ترجمه تخصصی
با تضمین قیمت و کیفیت
منتشر شده در