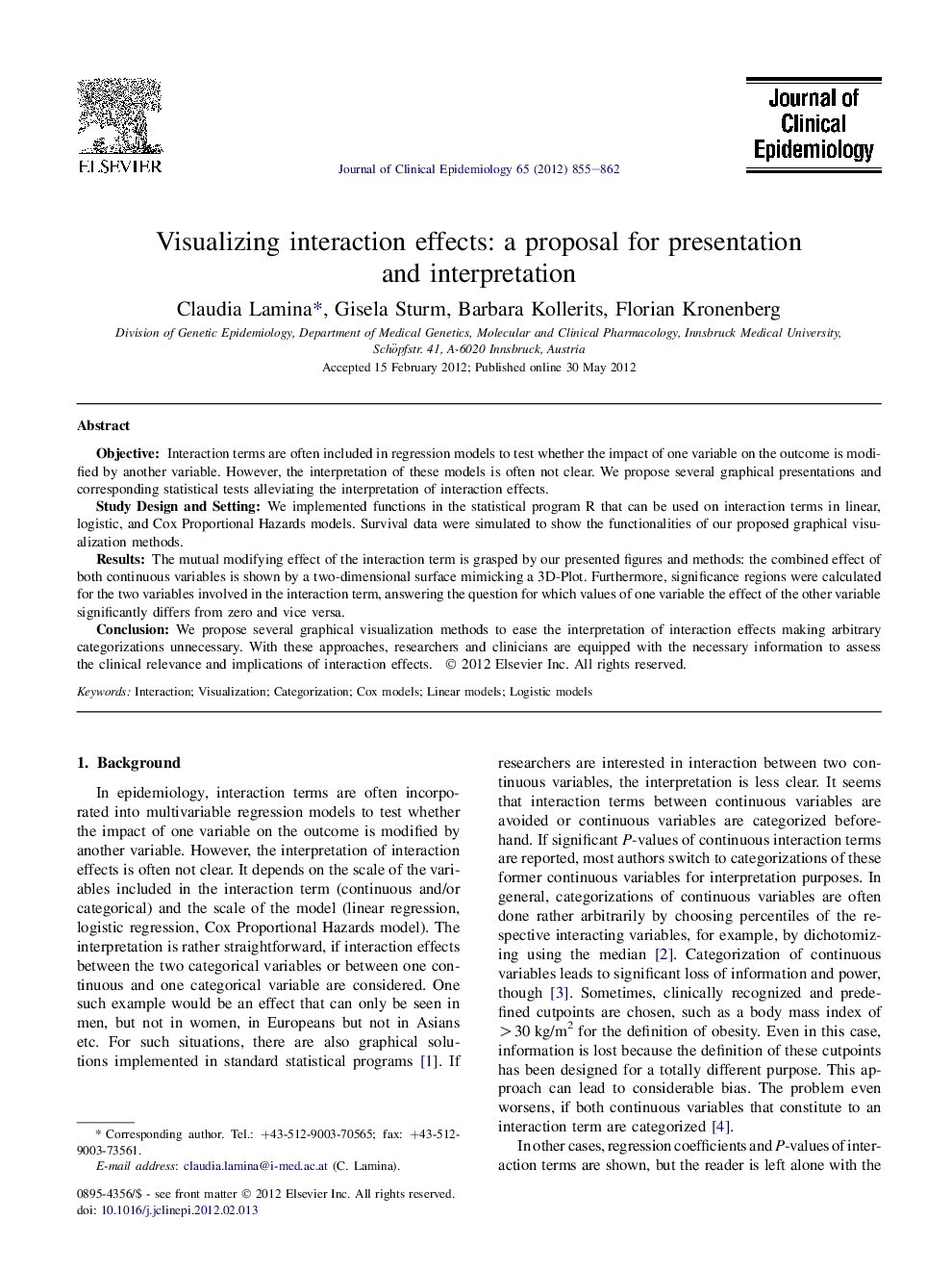 ObjectiveInteraction terms are often included in regression models to test whether the impact of one variable on the outcome is modified by another variable. However, the interpretation of these models is often not clear. We propose several graphical presentations and corresponding statistical tests alleviating the interpretation of interaction effects.Study Design and SettingWe implemented functions in the statistical program R that can be used on interaction terms in linear, logistic, and Cox Proportional Hazards models. Survival data were simulated to show the functionalities of our proposed graphical visualization methods.ResultsThe mutual modifying effect of the interaction term is grasped by our presented figures and methods: the combined effect of both continuous variables is shown by a two-dimensional surface mimicking a 3D-Plot. Furthermore, significance regions were calculated for the two variables involved in the interaction term, answering the question for which values of one variable the effect of the other variable significantly differs from zero and vice versa.ConclusionWe propose several graphical visualization methods to ease the interpretation of interaction effects making arbitrary categorizations unnecessary. With these approaches, researchers and clinicians are equipped with the necessary information to assess the clinical relevance and implications of interaction effects.