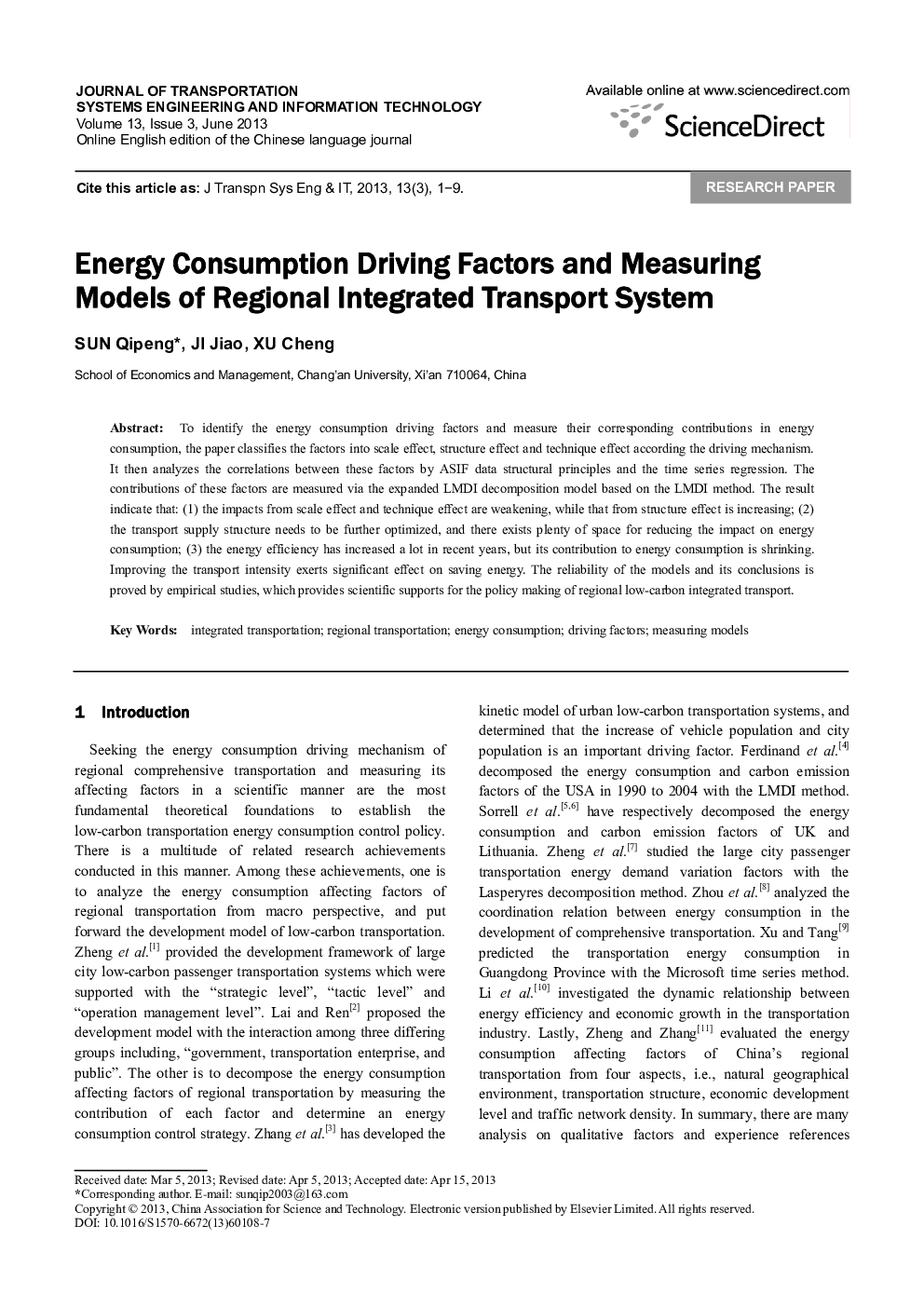 To identify the energy consumption driving factors and measure their corresponding contributions in energy consumption, the paper classifies the factors into scale effect, structure effect and technique effect according the driving mechanism. It then analyzes the correlations between these factors by ASIF data structural principles and the time series regression. The contributions of these factors are measured via the expanded LMDI decomposition model based on the LMDI method. The result indicate that: (1) the impacts from scale effect and technique effect are weakening, while that from structure effect is increasing; (2) the transport supply structure needs to be further optimized, and there exists plenty of space for reducing the impact on energy consumption; (3) the energy efficiency has increased a lot in recent years, but its contribution to energy consumption is shrinking. Improving the transport intensity exerts significant effect on saving energy. The reliability of the models and its conclusions is proved by empirical studies, which provides scientific supports for the policy making of regional low-carbon integrated transport.